10 Recommended Books (that you may not have heard of) #10 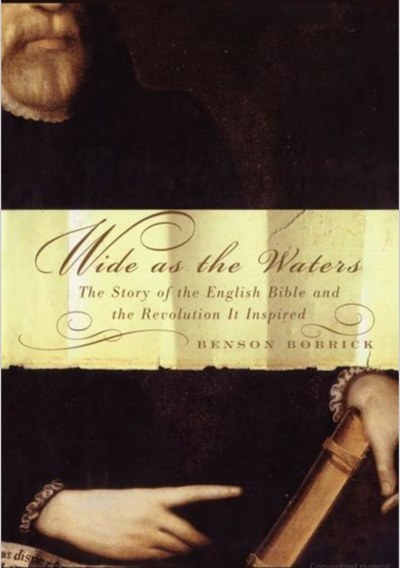 Many moons ago, Katie McCaleb asked me about creating a recommended book list. I’ve drug my heels on that request so long, she probably has forgotten she asked me. Katie is a member of our church and one of the most frequent laughers at my jokes, so I must not let her down..

As I began to compose a list, I realized that many of the books on it were more than likely on other’s “recommended read” lists. I wanted to be a little different, so I’m going to take it a book at a time and offer you Ten Books That You May Not Have Heard Of, one at a time.

10. Wide as the Waters by Benson Bobrick

This book is a wonderful read – and at times you’ll need to remind yourself that you’re reading nonfiction. It is epic.

It traces the story of the English Bible through the tumultuous reigns of Henry VIII, Edward VI, Mary Tudor, and Elizabeth I, a time of fierce contest between Catholics and Protestants in England, as the struggle to establish a vernacular Bible was fought among competing factions.

You’ll develop a renewed sense of appreciation for the blessing of having the Bible in English after reading of the sacrifice involved in bringing it to the people.

The video below is from WBT: