Here’s the latest collection of articles, entries and insights that have provoked my thinking around the inter webs:

Things That 20 Year-Olds Don’t Get

Jason Nazar wrote a great article for Forbes magazine entitled 20 Things 20 Year-Olds Don’t Get. I was 20 once.. more than 20 years ago. Not quite out of college and not quite taken seriously by the adults in my life. In retrospect and in view of some of Nazar’s observations, there’s a lot that 20 year-olds don’t get. Here are some of my favorites:

We’re raising a generation of sh-t talkers. In your workplace this is a cancer. If you have issues with management, culture or your role & responsibilities, SPEAK UP. Don’t take those complaints and trash-talk the company or co-workers on lunch breaks and anonymous chat boards. If you can effectively communicate what needs to be improved, you have the ability to shape your surroundings and professional destiny.

Swing by, read the article and let me know which of the others struck a chord with you (or what you disagree with).

Why Milennials are Leaving the Church

Rachel Held Evans wrote an eloquent entry for the religion blog at CNN. It was picked up by a lot of outlets, and it prompted the doomsdayer pastor and religious leaders to wring their hands and whine that “we’re losing the younger generations.” Get a grip. Evans’ sentiments are real and genuine, and I would not discount her longings for genuine expressions of faith.

We want an end to the culture wars. We want a truce between science and faith. We want to be known for what we stand for, not what we are against.

We want to ask questions that don’t have predetermined answers.

We want our LGBT friends to feel truly welcome in our faith communities.

We want to be challenged to live lives of holiness, not only when it comes to sex, but also when it comes to living simply, caring for the poor and oppressed, pursuing reconciliation, engaging in creation care and becoming peacemakers.

Before you nod your head and “Amen” like I was tempted to do, read this response to Evan’s thoughts by Trevin Wax. He makes the point that while Evans’ article is stirring, it doesn’t accurately reflect the Jesus of the Bible.

Rachel says millennials want to be “challenged to holiness,” but the challenge she appears to be advocating is one on our own terms and according to our own preferences. That’s why I find it ironic that she decries the catering churches that alert our “BS meters,” while simultaneously telling church leaders they should do a better job catering to our generation’s whims and wishes… Truth be told, I don’t want a church that serves my preferences. I want a church that gives me Jesus and makes me want to serve His. 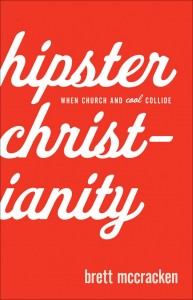 Finally, before the post went un-viral, Brett McCracken, author of Hipster Christianity, weighed in on a column for the Washington Post called How to keep Millennials in the church? Let’s keep church un-cool. I found McCracken’s insights to be the most profound of the ones above as he zeroed in on a bigger problem than milennials leaving the church: the church’s obsession with perception.

Much of this is an outgrowth of the audience-is-sovereign mentality of the seeker-sensitive movement, which has loomed large in evangelicalism’s recent history. Another part of it is Christianity’s capitulation to a consumerist culture where the primary goal is to scratch where the market itches.

But at the end of the day, the Christian gospel is defined outside of and with little regard to whatever itch people think Christianity should scratch.

One zinger that grabbed my attention, and while pointed, may be unfair was:

Are we really to believe that today’s #hashtagging, YOLO-oriented, selfie-obsessed generation of Millennials has more wisdom to offer about the church than those who have thought about and faithfully served the church decade after decade, amidst all its warts, challenges and ups and down?

Read each post well and thoughtfully. There’s some really good stuff here for reflection, chewing and discussion with friends or a small group.

It’s OK to question stats – especially about the church 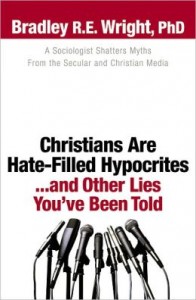 In view of the article above, I’d also remind you of the excellent book by sociologist Bradley Wright that I reviewed sometime ago: Christians Are Hate-Filled Hypocrites and Other Lies We Believe (Amazon). In it, he examines statistics from a number of sources – many of them well-known (and rhyme with Darna) in which he demonstrates that the church is not losing its young – at least, not the way that popular preachers would claim. The overall perspective is good news, not bad.

Is the 40-minute sermon passé?

I hope not. I’m pretty consistently over that. John Piper answers that question in a seven-minute interview here after a Christianity Today article claims that pastors should consider shorter attention spans, supposedly conditioned by TV. 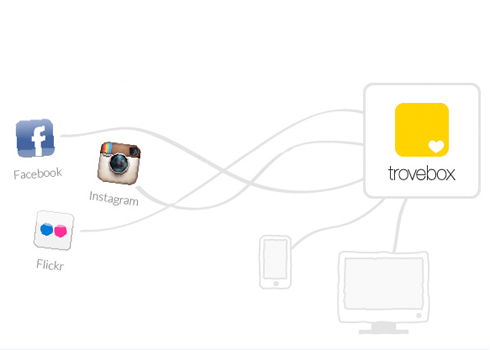