A night in Floyd 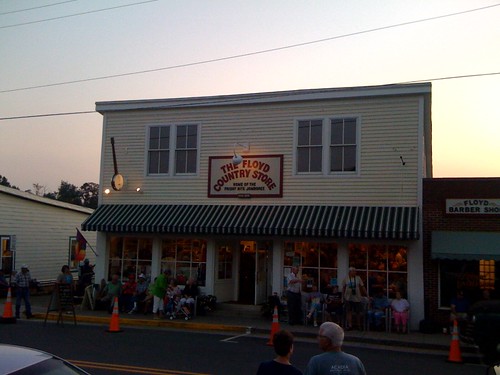 When Rex emailed and suggested that we join him and the Cooks for a night in Floyd, Virginia for bluegrass music and Mexican food, I thought of all kinds of sarcastic electronic retorts. Rather than resist the cultural juggernaut that was now rolling toward me, I went with it. Carolyn was excited. I guess I could work up some enthusiasm as well. 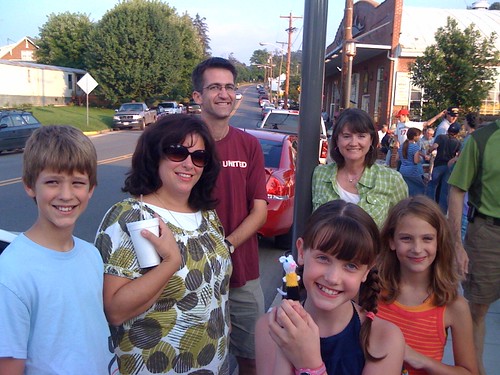 The evening began with our rendez-vous with Corey, a new Tech student who loves bluegrass and was brave enough to come with us. As we drove to Christiansburg to pick up Rex, we realized that we had forgotten to tell him that we were picking up Corey. Upon our arrival, we discovered that Rex stumbled onto a Craigslist parking lot sales transaction in the making at Food Lion when he mistakenly assumed the guy standing alone outside his car was Corey.

From that point, it was smooth sailing (or van riding) to Floyd. I encourage you to click on the link for Floyd to get an idea of what we were “fixing to” experience. Pure-D bluegrass culture. We drove into Floyd with senior adults lining both sides of the street adn pockets of musicians gathered along the sidewalks playing fiddles, banjos, steel guitars and cats. If it squawked, they were playing it.

We had a fantastic dinner at the local Mexican food restaurant before meandering our way across town to the country store. I felt like we stepped onto the stage of Hee Haw. Words cannot express it. Check out the video.

A night in Floyd with bluegrass from Jeff Noble on Vimeo.

What was even more jaw-dropping was the fact that not only did Rex seem to fit in with the gyrating senior adults, but that he fit in so well. He and Erin were masters of the dance floor. They soon had all of us (except Carolyn) on the dance floor before the night was over. Yes. I moved awkwardly to bluegrass music. But I moved. 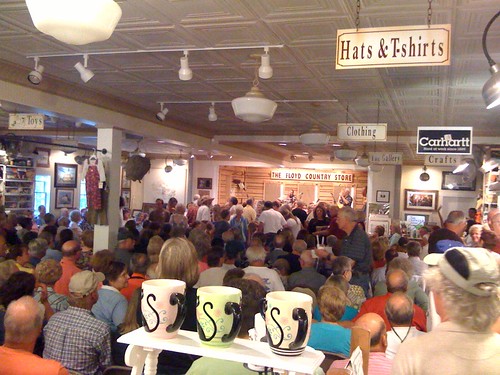 Long and short of it all… you MUST get to Floyd. It is a cultural experience you’ll not soon forget. If you’re lucky enough to be there on a night that Leo is there, make sure you tell him that Rex sent you.