A one year Virginia birthday 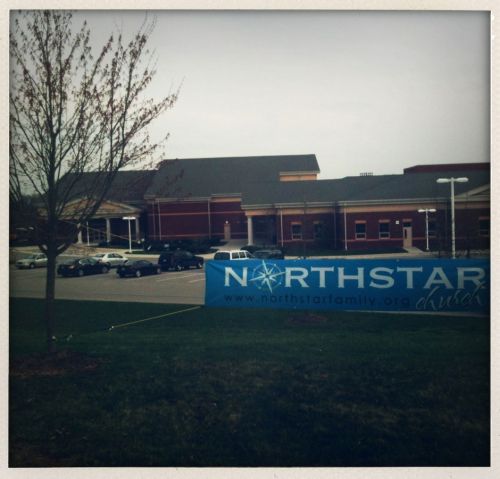 On July 15, 2009, we pulled out of our driveway at 320 W. Jefferson in Monticello, Arkansas for the last time as its owners. The last two months before our move to Virginia last year were a whirlwind of goodbyes, a mission trip to Poland, floating the Buffalo River, lunches with long-time friends, and garage sales. When we finally hit I-401, our hearts were full of gratitude and eager expectation for what our God had in store for us in our new home.

We took our time, spending the night in Jackson, TN and again in Knoxville while we timed our arrival with our movers. We stopped in Nashville and showed the kids Opryland and the hotel. Little did we know that a monster flood would hit in the past year requiring the closings of both for a long time to renovate and repair.

We arrived in VA on July 17 and spend the next 24 hours unpacking before our first experience with Northstar Church in worship on July 19. It seems like such a long time ago because this past year has been so momentous. As I reflect, I am still overwhelmed with gratitude and awe for the friendships we made over 14 years in Monticello, Arkansas. Small town. Big heart. Don’t just ask us. Ask any of the evacuees from Hurricanes Katrina and Rita that made it their extended home. Ask those who still live there. While Steve Jobs touts the magic of the iPad, there is relational magic in that southeast Arkansas community.

Because we genuinely and deeply felt that our move was orchestrated by the grace of God, it wasn’t a transition of convenience. Rather, it was obedience. We had prayed so hard for so long that the Lord would guide us in our path, and we’d offered our lives into His sure hands over and over – through health crises, church issues, financial stress and more. When the body of Christ known as Northstar Church began to talk with me about the possibility of becoming their next pastor, we were unsure at first.

When it became apparent through two visits, multiple conversatiosn, and dozens of emails that God seemed to uniting our lives with those of a new church family, we were overjoyed and heartbroken at the same time. We wrestled hard with whether we could leave Journey Church as a still-growing church start. We wondered if we could move further away from family. We interceded on behalf of Sam and Adelyn and how the transition would impact them. We questioned whether leaving the extended relational network and favor that God had given us in Arkansas was wise. It just seemed like things were really happening.

In the end, though, it became as simple as a “yes.” We had committed our lives a long time ago to put our “yes” on the table with the Lord. If He should ever call, ask, guide or command, our response was prepared. It was “yes.”

“For no matter how many promises God has made, they are “Yes” in Christ. And so through him the “Amen” is spoken by us to the glory of God.” (2 Corinthians 1.20)

Since arriving in Virginia, we’ve been amazed at God’s continued favor as we’ve built new friendships, discovered wonderful blessings, and experienced the joy of a loving church family that, like Journey, wants to model the love of Jesus Christ to its community through authentic relationships and selfless service.

As I watched some of the kids from church today paint metal yard furniture that we’d recovered from the trash, I marveled at how God loves to turn trash into treasure in all our lives. I can certainly identify with King David’s stunned gratitude in 2 Samuel 7.18:

Then King David went in and sat before the LORD, and he said: “Who am I, O Sovereign LORD, and what is my family, that you have brought me this far?

How great is the love the Father has lavished on us, that we should be called children of God! And that is what we are! (1 John 3.1)

I feel this same awestruck wondrous relief this evening as I reflect over the past year. We’ve moved twice in 12 months. We’ve been blessed with new friendships – both in the church and outside of it. We love our neighbors (a very biblical thing to do!), and the challenges of leading and growing in this new community are joyfully significant.

So hello, Virginia. We’re here. We’re glad, and we’re eager to experience the realities of a loving God among you. Thanks for helping us feel at home so quickly. It’s all been a delight – the “short corn,” the cool nights, the snow, the morning mists, the fireworks display, the friendliness, and the two cars we’ve bought since arriving.

If so much can happen in a year, we better buckle down. There’s no telling what the Lord has for us around the corner.

1Thanks to Darrell Cook, thinking of I-40 makes me sing this song. If we had known it then, we would have been singing it in harmony…

*You can read about our trek to Virginia here: