On May 29, 2013, I boxed up my iPhone 5 and put it in a drawer. It’s been almost two months since then. You can review some of the reasons why and my reflections on being a dumb-phone user in the entries above.

I wanted to follow up with some more observations on being a dumb phone user, mainly good things: 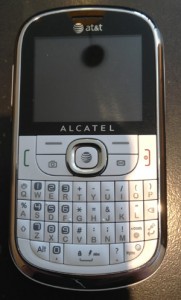 Carolyn noted the other day that my “let me see your iPhone” requests have increased more rapidly than my hair loss rate. Usually, it’s when I want to take a picture or check a contact’s phone number. That awareness has been an indication for me that I will probably be making another digital lifestyle adjustment experiment (DLAE).

In other words, I do think I’ll be unboxing my iPhone sometime in the near future. My DLAE has been a welcome adjustment, and I’ve learned a lot. I have some more planning and adjusting to finalize mentally before then, however. I want to implement more discipline and methods of interacting with a smart phone into my lifestyle before powering back up and linking back in.

I’m thankful that I got the iPad Mini for this experiment. It’s been a helpful salve to ease the withdrawal pains. I haven’t missed my iPad 2. It’s been just small enough to carry with me more frequently but big enough to make sure I don’t take it everywhere. If and when I unbox the iPhone, I’ll be disconnecting the data capability from the iPad.

In the meantime, call me, maybe.