Three attitudes that will change your life: Be gracious 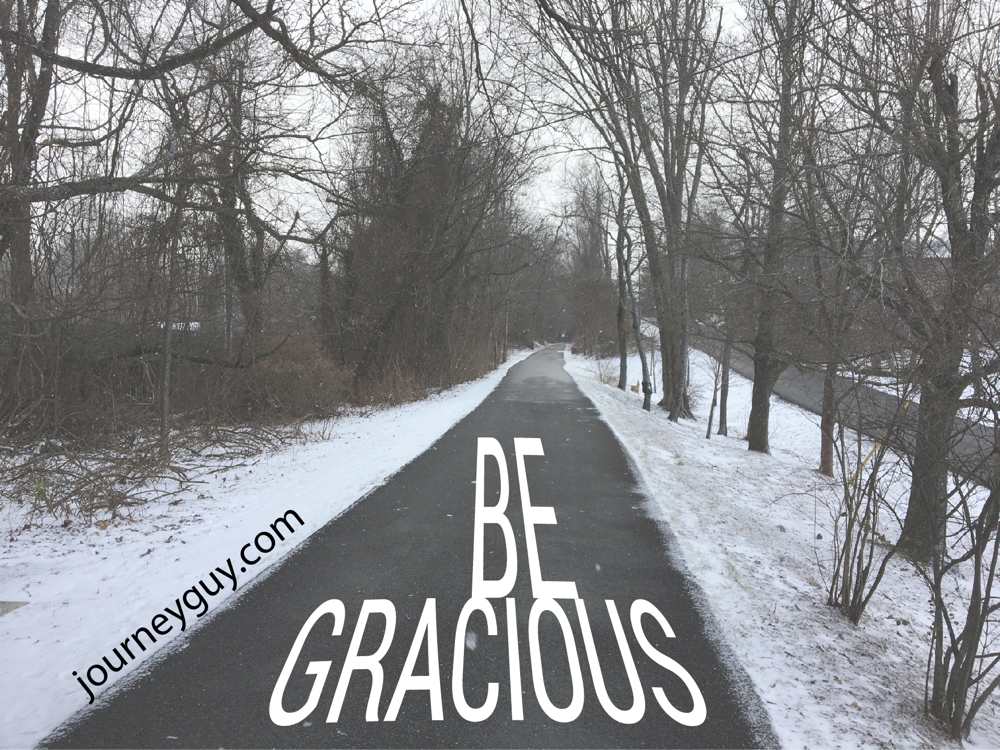 The first attitude I covered was Assume the Best. In this entry, I’ll cover what I think is a posture of the heart that smooths relational angst and radically increases your likelihood of cultivating respect.

One caveat. As a follower of Jesus and a preacher, I could supply biblical foundations for each of the attitudes in this series and explain how they reflect the character of Christ. I’m not going to, however. It would make the entries a bit longer, and if you’re really interested, just leave a comment, and I’ll respond there.

Being gracious is the attitude you adopt when the time has passed for assuming the best. You’ve given someone the benefit of the doubt only to discover that what you initially refused to believe is now evident as reality. You chose to believe they weren’t spreading rumors about you. You chose to believe they were simply having a bad day. Now you’re aware that the opposite is true. They really do have a problem… and maybe it’s with you.

So what do you do?

The dictionary defines gracious as courteous, kind and pleasant. Also, merciful and compassionate. Practicing courtesy when you’re wounded is not a default for the human heart.

What this means is that when it’s time to confront, to communicate, to hold someone accountable, to inform them that you have been hurt… you choose to extend courtesy, kindness and compassion to them. Don’t leave your character at the door in a fit of vengeful rage. Refuse to allow bitterness to spring up within you.

Any negative, gut-wrenching emotion that you feel toward someone who has wronged you or has misunderstood you will do more of a number on you than it does on them. By allowing negative emotions to rule, you are also giving the unpleasant situation power over you.

So instead, you will need to exercise something that we social-media-saturated Americans rarely exercise – mental dexterity. We must choose to rule in our heads over negative emotions and displace the easy-lazy pattern of embracing negativity with the focused-disciplined pattern of embracing graciousness.

This is not the way of the world. As we’ve seen in 2016, graciousness didn’t win the presidential election. It’s not just counter-cultural. It’s counter-personal. We don’t want to be gracious when we have been disappointed, discouraged, maligned or plain and simply, hurt.

And yet the cycle of hurt and being hurt must stop somewhere. Why not make the commitment to be gracious, to stop the hurting cycle with you. There’s no benefit in hurting someone who has hurt you. It may satisfy initially, but as you’ll discover, it wilts your soul.

As much as it depends on you, be gracious. After all, isn’t that exactly how you want to be treated?

Also in Three Attitudes That Will Change Your Life