Let me throw out this thought and then back it up:

In Matthew 14.14, we are told that “Jesus saw the huge crowd as he stepped from the boat, and He had compassion on them and healed their sick.” Of course. It’s Jesus, right?

However, context is king, and most assuredly so in this particular passage. A review at Matthew 13-14 reveals that Jesus had just experienced the death of a family member – a close cousin. And it was no natural death. It was a sudden and brutal murder in the form of decapitation. It occurred at the hands and by order of a religiously curious but overtly sinful ruler named Herod Antipas.

Jesus’ grief over John the Baptist’s death was brief.

Before we consider that, however, it’s important to reflect on the significance of their relationship. Both John and Jesus’ birth were foretold and announced to their parents by angelic visitations. Both dads were more than disconcerted – Zacharias (John’s dad) was disbelieving and so was struck dumb until baby John was named. Joseph was more than a little suspicious of his betrothed sexual behavior and planned to break off the engagement until his visitation. 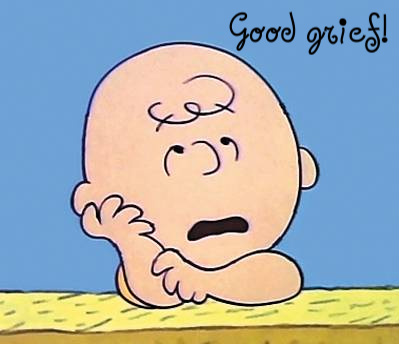 Both babes were assigned magnificent missions. John was to minister in the spirit of Elijah and “prepare the way of the Lord.” He was to be the last prophet before Jesus, preparing Israel for their long-awaited Messiah. Jesus claimed that his mission was prescribed from the messianic prophecy in Isaiah 61.1-3:

“The Spirit of the Sovereign LORD is on me,
because the LORD has anointed me
to preach good news to the poor.
He has sent me to bind up the brokenhearted,
to proclaim freedom for the captives and release from darkness for the prisoners,
to proclaim the year of the LORD’s favor and the day of vengeance of our God,
to comfort all who mourn,
and provide for those who grieve in Zion€” to bestow on them a crown of beauty instead of ashes, the oil of gladness instead of mourning, and a garment of praise instead of a spirit of despair.”

Jesus was baptized by His cousin in the Jordan, and thereafter, it appeared that John’s ministry ebbed while Jesus’ ministry exploded. John must have been rather confused, bordering on bitter, when he was sentenced to prison by the threatened king and his Messiah-cousin did nothing to free him. After all, if cousin Jesus was really who He claimed to be (and who John had announced), wouldn’t he at least fulfill the prophecy “to proclaim freedom for the captives and release from darkness for the prisoners,” in relation to a family member? As he looked at his own halted ministry within the confines of a prison, he questioned this turn of events. His grief was also brief.

When John heard in prison what Christ was doing, he sent his disciples to ask him, “Are you the one who was to come, or should we expect someone else?” Jesus replied, “Go back and report to John what you hear and see: The blind receive sight, the lame walk, those who have leprosy are cured, the deaf hear, the dead are raised, and the good news is preached to the poor. Blessed is the man who does not fall away on account of me.” (Matthew 11.3-6)

Essentially, Jesus urged John not to lose faith. The proof is in the pudding, he was saying. And Jesus massive activity did not preclude John’s intense discomfort and disillusionment. I have to remind myself of that often. Just because life does not happen as I think it should (or as I believe God promised it should) does not believe the Father is not intensely active. I just must stop seeing my circumstances as the boundaries for God’s work. As in John’s case, Jesus’ work is on a much broader scale, for more ultimate good than I can ever imagine.

Sometimes we must sit captive while Jesus works elsewhere. Sometimes that captivity leads not to our escape but to a glorious, God-glorifying death. Even death by decapitation. At other times, our deliverance may be the result of another’s God-glorifying suffering and death – even death on a cross.

Jesus later affirmed John’s ministry with the highest compliment he ever paid to any person: “I tell you, among those born of women there is no one greater than John; yet the one who is least in the kingdom of God is greater than he.” (Luke 7.28)

Which brings us back to Matthew 14.14… “Jesus saw the huge crowd as he stepped from the boat, and He had compassion on them and healed their sick.” Remember the thought is:

Consider that Jesus had just learned of his cousin’s matyrdom. Scripture is very clear on connecting the news with Jesus’ intentions of “getting away.”

“John’s disciples came and took his body and buried it. Then they went and told Jesus. When Jesus heard what had happened, he withdrew by boat privately to a solitary place. Hearing of this, the crowds followed him on foot from the towns.” Matthew 14.11-13

Jesus’ grief was brief. But what he did next was a stunning declaration of what was in His heart. Rather than rejecting the needs of others, Jesus ministered in his time of grief. He healed; he taught; he fed. He did so because as he looked upon the mass of those following Him, He “had compassion” on them. What a Savior! What a God!

The crowd was not an interruption to Him. They were His purpose. Deliberately, kindly, and purposefully, he stepped from the boat and began to heal. Dinner time would come in an astonishing way, but that’s another story.

If those of us who are attempting to follow Christ in our culture would model this kind of dying to self in order to minister to others, we may also find that grief has its place, and we, like Christ, may withdraw for a time. Yet we too are called back to the masses to extend the message of Christ and the mission of Christ to the multitudes. Let our grief be brief.

But we do not want you to be uninformed, brothers, about those who are asleep, that you may not grieve as others do who have no hope. For since we believe that Jesus died and rose again, even so, through Jesus, God will bring with him those who have fallen asleep. (1 Thessalonians 4.13-14)

As we look to Christ and depend on Him in our moments of sorrow, stress, loss and grief, we discover an abundance of mercy, hope, and help. All such times remind us of our helplessness and often collide with what we think “ought to” have happened. (Think of John in prison.) Yet, humble and loving trust expressed in Him in such moments will be a salve for our souls. And we will discover that prophecy is again fulfilled in our own lives as we experience “a crown of beauty instead of ashes, the oil of gladness instead of mourning, and a garment of praise instead of a spirit of despair.”