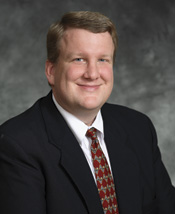 Today I learned that my best friend from high school died Sunday. Classmates Facebooked me literally moments before my mom called.

Bryant Turbeville was a year older than I, and although we were separated by a grade, we were inseparable buddies. We weathered the stormy years of high school together, laughing all the way. In truth, I can’t recall too many moments being with Bryant that we weren’t irreverent or insane.

Though we’ve not kept up since college except for occasional phone calls, Carolyn ran into Bryant at the airport in Little Rock last fall after our move to Virginia. Their chance meeting provoked a long, enjoyable phone call in which we shared life and reflected on how God had led each of us.

I am still a little stunned by his death. He was visiting a friend, stood up and complained of a pain in his leg. It was an aneurysm which went straight to his heart and killed him instantly.

Such is the brevity of life.

Bryant blessed mine with such deep benefit in our friendship. Here are just some random memories:

I also remember Bryant’s deep and abiding faith in Christ. He and his family attended First Baptist in Little Rock, while mine went to Immanuel Baptist. It was always a deep encouragement to know my friend shared my faith and love for Christ. Last fall as we visited on the phone, we both marveled at my role as a pastor. Bryant had such affirming and encouraging words for me.

Bryant wanted to be a doctor when we were in high school and pursued his dream with earnest. I too entered college with the idea of being a doctor but changed to communications after my freshman year. He was practicing with OrthoArkansas upon his death. (I’ve used their stock photo for the picture above because mine are all in storage.)

It’s a little surreal to lose a friend that you’ve not been good at keeping up with. However, his grace, joy and love will always be remembered. He was the kind of friend that lasts a lifetime – in spite of distance. I rejoice that I will see him again one day. I can’t help wondering if he’s tried to serenade the Lord with Chicago’s hit song, You’re the Inspiration.

Thank you, Bryant Turbeville. You are missed.