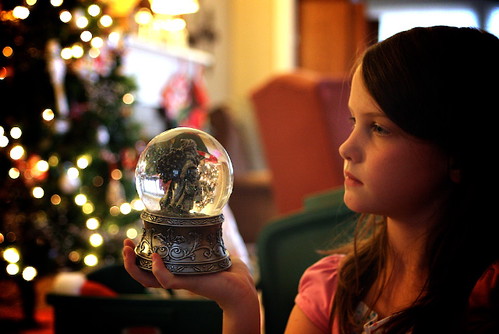 While Caro rolled out of bed early for a Black Friday trip to Wal-Mart (where she claims she bought nothing), the kids and I snoozed our lives away until mid-morning. In fact, Caro had apparently come back and left for work at the Gift Shaker to face hordes of eager shoppers from the other side of the counter before I’d ever lifted my eyelids.

I do recall her asking me if I wanted to go to Wal-Mart this a.m. at 4:30-ish. However, it is so foggy that I cannot even remember whether I gave her an intelligible response.

As soon as I’d downed a few cups of coffee and the kids had enjoyed a couple of hours of being kids, we began excavating the attic of Christmas stuff. I figured that we could have the bulk of Christmas supplies, lights, etc. down and set up when Caro got home as a surprise for her.

Sam and Adelyn were remarkably helpful the whole time the attic was involved. They never slowed down helping cart stuff up and down the rickety pull-down stairs. I think that perhaps they were hoping for a magical wardrobe to be concealed somewhere over our heads that might be their entrance to another world and an escape from this one. 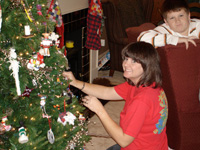 As soon as the attic stuff was done, their enthusiasm cooled. Sam did get the tree assembled and helped me with the lit wreaths across the front of the house. Adelyn began sorting through/playing with Christmas ornaments. And it was then that Caro came home. Where did the time go?

We spent the rest of the afternoon decorating. I kept trying to throw away old Christmas ornaments, creating my own filter for what made a worthy, keepable ornament. Here were some of the criteria:

After the deco came the clean up, which seemed to take more time than all that came before. However, when were done, our house was festive – inside and out – our hearts were full, and our hopes were elevated far beyond Black Friday to a season that celebrates a Savior.