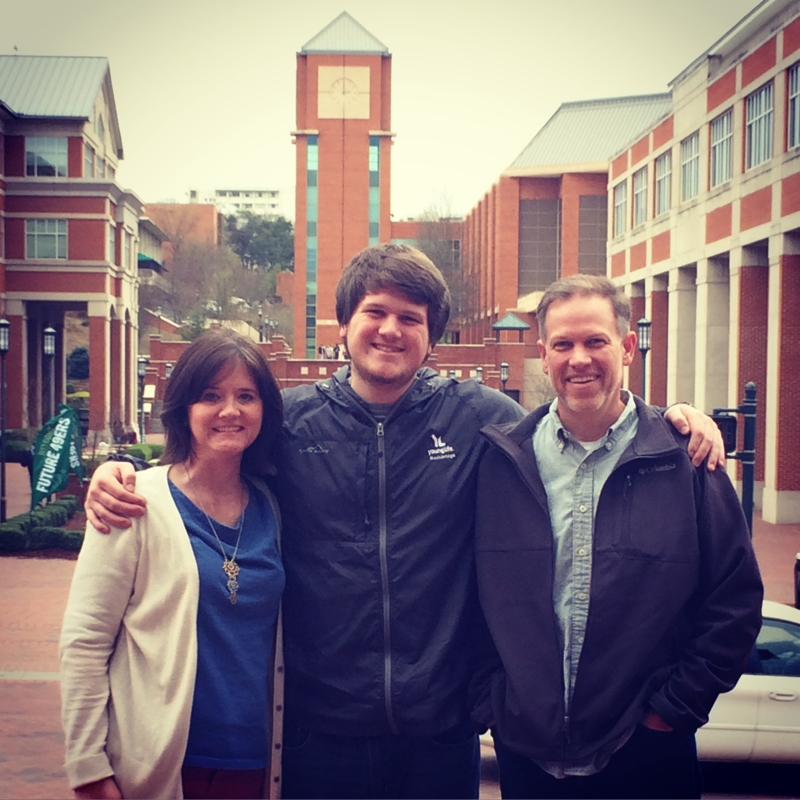 I was 29. Carolyn was 26. We had been married for almost five years when March 18, 1997 landed us in Baptist Medical Center of Little Rock. This was the first time in our marriage that we were happy to be in the hospital. In fact, it was prior visits to and encounters with doctors and chemotherapy and radiation that had led us to believe we wouldn’t be in the hospital on that March for the reason we were. 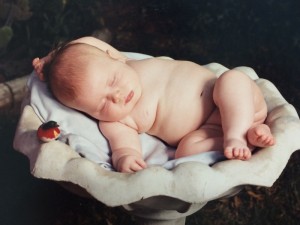 Carolyn was pregnant. Very pregnant. In fact, we weren’t sure if we were having a Guiness-breaking watermelon or a child. She labored for 7 hours, and all the while we played Sons and Daughters debut CD (now called Watermark). When I grew tired of the CD and attempted to put in something more soothing – like Barry Manilow – my beautiful bride transformed into a creature that frightened me and threatened bodily harm if I should even think about changing the CD.

We had elected to keep the baby’s gender a mystery, and we were overjoyed when a 9 lb 11 oz son was born. We had names picked out, and our firstborn became Samuel. We had chosen the name from Hannah’s experience in 1 Samuel 1:20. She too had not thought she could have a child, and when God gave her a son, she named him Samuel which means “asked of God” in Hebrew.

Today, that little boy (well, he was never really little – as evidenced from the birdbath picture) graduates from Blacksburg High School. It’s trite to say time has flown, but there’s a reason for that expression. We boarded a plane called parenthood, and while we still have a lot of destinations in front of us, today is a significant layover. 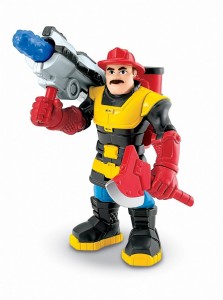 In just a few short months, Sam will be hitting the road for the University of North Carolina at Charlotte to become a 49er. But it seems just a few short months ago that he was playing with Rescue Heroes like Billy Blazes and watching hours of VHS tapes with nothing on them except soft rock and heavy construction equipment.

Early on, Sam would play video games with me and transitioned with me from a Sega Genesis, Playstations 1-2, and Xboxes. I coached his peewee football team the Exterminators, and we watched him play countless baseball games from age 5 to 17.

Sam has always been joyful, exuberant, and obedient. In the temperament scale, he’s our golden retriever – loyal, friendly, fun-loving, a peacemaker. 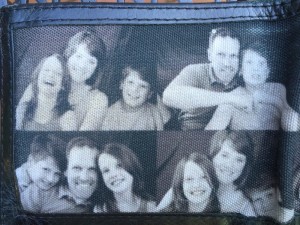 My wallet is a constant reminder of my family.

At some point in the past 5-6 years, we woke up mid-flight and discovered that Sam had also begun to lead. He and Adelyn were both baptized on the same day, and in significant ways, they both began following Jesus in their own strengths and styles.

Sam got involved in both church youth group and in YoungLife, and each ministry have left a distinctive stamp on his approach to ministry and sharing his faith. The summer that he worked at Rockbridge for YL was a transformative one for him as he learned servanthood and endurance. Since then, he’s seen some of his best friends surrender their life to Jesus in faith.

It was surreal for us when he and Jake Schirmer went to Passion this January in Atlanta. Carolyn and I had taken college students to the first Passion event in Austin, TX – in 1997, with Sam in attendance – inside Carolyn. I still remember singing Shout to the Lord and gently placing my hand on Carolyn’s very round belly as I sang.

Sam’s confidence and positivity have made him a young man worth listening to and following. When he’s not cracking jokes and hanging out with friends, he consistently surprises us with wisdom. He’s also incredibly stubborn. It can be a gift or a curse – a gift when he’s standing up for what he believes in or pursuing a friend who’s making poor choices. 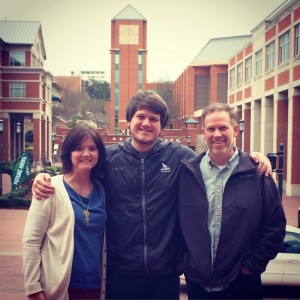 Around the house, we’ve taken to calling him Superlative Sam. He’s a big boy. He has big opinions. It’s common for him to experience something and suddenly declare “That was the best movie I’ve ever seen” or “That was the best chip I’ve ever eaten.” When challenged (because everyone around him knows it can’t be the best; it just happens to be the most recent movie/chip), he will defend his opinion with surprising rationality before slipping into a dismissive grin.

He’s also Assertive Sam. He has a unique ability to think he can make something true just by stating it with assertive confidence. “That guy is the best actor in the world!” (He may be in the last movie Sam has seen.) “That team is the best team to ever play the game!” (They’re not.) “You can for sure, without exception, count on this thing happening every time…” (Whatever has just happened was a fluke.)

While his grades have been a constant challenge for him, other skills have not. He can say any word backwards with hardly a moment’s thought. His laugh is contagious, and he can reduce us all to hilarity, even in moments of seriousness. He can figure out just about anything mechanical.

We are proud of our son. His name has been a constant reminder to us that he is a gift, that he doesn’t belong to us. Parenthood is not ownership; it’s stewardship. During this summer layover, there will be a time that Sam boards a slightly different flight and continues his journey to adulthood. Our flight will continue. There will be times we’re all on the same plane, but it won’t be as frequently as these first 18 years.

Behold, children are a heritage from the LORD, the fruit of the womb a reward. Like arrows in the hand of a warrior are the children of one’s youth. (Psalm 127:3-4)

They describe a different type of flight. We see Sam as an arrow launched from our family to be a mighty weapon of joyful faith into the next generation. We’ve aimed as best we could. Sam’s life, like all of us, is on a trajectory.

We’ll be celebrating this afternoon with family and friends at Smithfield Plantation for Sam and his friends Harrison, Jake and Jacob. Tonight, they’ll all receive diplomas. What an accomplishment and what a future.

Our pride in our son cultivates prayer for our son:

We love you, Sam. 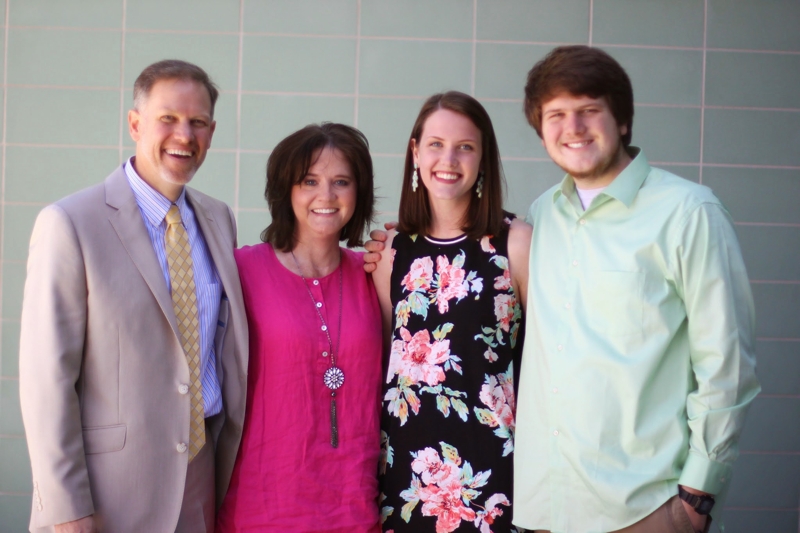