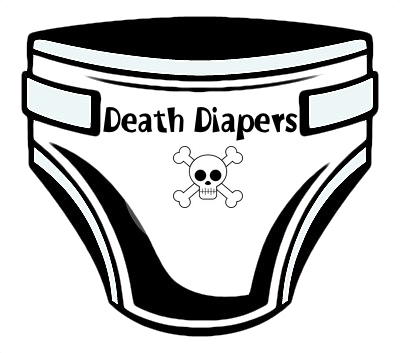 I don’t remember how the conversation arrived at its destination. It was a series of segues, that at the time made complete sense. I was talking with Aaron Peck on the phone, and I found myself sharing with him the story of Ehud and Eglon from Judges 3 in the Old Testament.

It’s a fascinating story, and it’s one of those tales that is interestingly morbid and gross. Here’s how it goes, in my own retelling:

Ehud was a stud. A left-handed stud. Eglon was a king. An evil, fat king. It was in the days of Israel in which there was no king, and Israel would enjoy years of peace in their newly-conquered Promised Land, punctuated by years of oppression by those whom they had not yet conquered.

King Eglon was king of Moab, and he oppressed Israel for 18 years.

“Then the Israelites cried out to the Lord, and he raised up Ehud son of Gera, a left-handed Benjaminite, as a deliverer for them.” (v15)

Ehud takes a tribute to Eglon, and he requests a private audience. Unbeknownst to Eglon, Ehud had created an 18″ sword and tied it under his garment to his right thigh. When the time was right, Ehud (being left-handed) reached across his body, pulled the sword, and plunged it into Eglon’s ample belly. So much so that the Bible says:

“Even the handle went in after the blade, and Eglon’s fat closed in over it, so that Ehud did not withdraw the sword from his belly.” (v22)

“And the waste came out.”

Yep. Eglon pooped himself. And it’s recorded for eternity in the pages of scripture.

There’s all kinds of lessons to be learned from this. Don’t cross God, or he’ll make you poop yourself. Israel won’t take any crap from anyone. And so on..

I finished reading the account (over the phone) to Aaron, and I said, “That’s crazy, huh?”

He responded, “I don’t think it’s that fascinating. Everybody poops themselves when they die.”

“Yeah. It’s a thing. When you die, your muscles relax, and you poop yourself,” he said, matter-of-factly, with no trace of compassion for Eglon’s servant or for the friends and family of anyone that has to clean up after the death of a loved one.

I had not considered this, but then I was struck with what I believe is a genius idea for a product. The product name came to me in a flash of inspiration as did the tag line for the marketing campaign.

I said, “You know what we should market?”

“And the voiceover on the commercial marketing our new product will be super sensitive and compassionate. It will say something like, ‘Be prepared and practical. Be sensitive to your family and friends. Wear Death Diapers™. BECAUSE YOU NEVER KNOW WHEN YOU’RE GOING TO GO.'”

Everyone I’ve shared this idea since this conversation thinks Death Diapers™ is a great idea. I have already begun formulating a FAQ sheet for the marketing website that will come. Some of the questions that I’m sure will be asked are:

So, I may be looking into a GoFundMe or Kickstarter option for this revolutionary, sensitive and practical product. Thanks to Ehud and Eglon.

Death Diapers™.
Because you never know when you’re going to go.