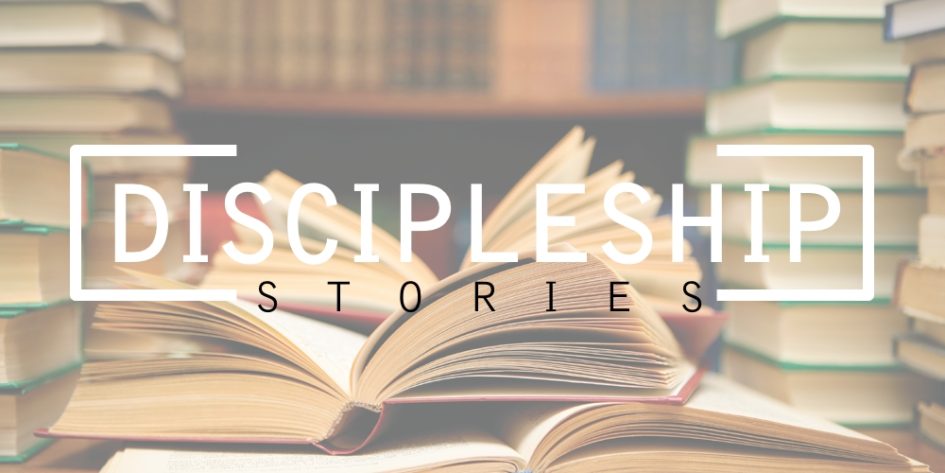 It started with my sister

It happened my senior year of high school. My sister had transferred back home to finish her degree at UAM (University of Arkansas at Monticello), and she got connected with the Baptist Student Union (BSU) on campus. Jeff Noble had been the director for a few years, and he and Carolyn immediately had an impact on Lindsay. It wasn’t too far into the fall semester that she had asked me to come to one of their “FIRE” services on Wednesday night. Something was different. There was a different atmosphere. It wasn’t just a collegiate “Youth Group.” It was just….different, and I loved it. I became involved and began serving on the praise team. The difference for me was beyond just being accepted. I was being invested in like never before. The investment was not just from Jeff. It was from almost everyone. The guys seemed to really care about getting to know me, the girls took to me as well. I wasn’t sure why this was so different, but I loved being apart of this.

One on One with God

It wasn’t until I returned to UAM after graduation and interning for a ministry in Atlanta, GA that I started to understand why I had this experience at the BSU at UAM. A few days into the fall semester of 2002, Jeff asked me to come to his office. He put this hardcover, binder-like book in front of me. On the cover of the book were the words, One on One With God. Jeff asked me a simple question, “Jeremy. do you want to grow and go deeper with Jesus like never before?” I said, ”Um…Sure. I guess.” Jeff then said that he would begin leading me through this book. He would begin “discipling” me.

I remember going to Jeff’s house, going through a lesson, playing Madden or NCAA Football on Xbox, and just hanging out. It was more than just hanging out, it was hanging out with a purpose. What began that night in that white house on West Jefferson would change the scope of my life forever. I knew why I had that “different” experience my senior year of high school with the folks at the BSU. These were young people that were being discipled, were in discipling relationships, and they were actively investing in me to help me grow in Christ.They had it modeled well for them and they were modeling it for me.

Our discipling relationships were built around growing in Christ through his Word. We would read it consistently, study it, meditate on it (I have to admit, the first time Jeff told me we needed to meditate on God’s Word that I was a little weirded out, but I soon found out this wasn’t meditation in the form of Aummm but in the form of hmmmm), apply it, and reproduce it. We would pray together, confess sin to one another, memorize scripture, and evangelize together. It was great. This was new for me, but Jeff taught us that this was supposed to be normal. After about six weeks of regular meetings with Jeff, he gave me an assignment. Jeff told me by the next week that I needed to have chosen another young man to go through One on One With God. I had already had my buddy Wes in my mind as someone that would be a great candidate. I approached Wes and asked him if he would like to go through this study. He immediately said yes! I was so excited to be able to put to practice a lot of the things I was learning. The most exciting part was seeing Wes have the same “Ah Hah” moments that I had.

What seemed so foreign to me as an 18 year-old has become a part of my nature as a Christ follower. I need to be intentional about my personal growth and development as a disciple, but I have to be just as intentional about walking with other disciples through their journey. I believe without a shadow of doubt that this is some of the “bearing of much fruit” that Jesus is talking about in John 15.

Seventeen years later I am now the director of the Baptist Collegiate Ministry (formerly the BSU) on the campus of UAM. What was modeled for me as a student is now something I seek to model for my students. With every success, failure, win, or frustration I look back on my experience as a student and think of what Jeff had to be thinking when shepherding us. I laugh and cry often as I think about the patience he had with me as I struggle along with our students. Some of them get it, and I celebrate with joy. Some of them don’t, and I grieve with trust. I know he did the same. He didn’t give up on me. Im sure he wanted to but I imagine that he thought about how our God doesn’t give up on us, just as I do now. The fact he stayed with me more than likely saved my life and my ministry, but that’s a story for a different day.

My encouragement for you the reader would be this. If you are not a Christ follower, I encourage you to continue to pursue the mystery of life. If you are a disciple of Christ but are not actively growing in Christ and making disciples, I want to encourage you to find a biblical community and start to develop these interpersonal relationships with other disciples and to seek to make more. If you are a disciple-making-disciple I want to encourage you to keep it up and stay in the fight. You never know the impact for the Kingdom that you will have. I can think of many young men and young women that were apart of our ministry during those years, that Jeff discipled, that are now in ministry. I can think of more that are godly fathers, mothers, serving in their local church, and making Kingdom impact.