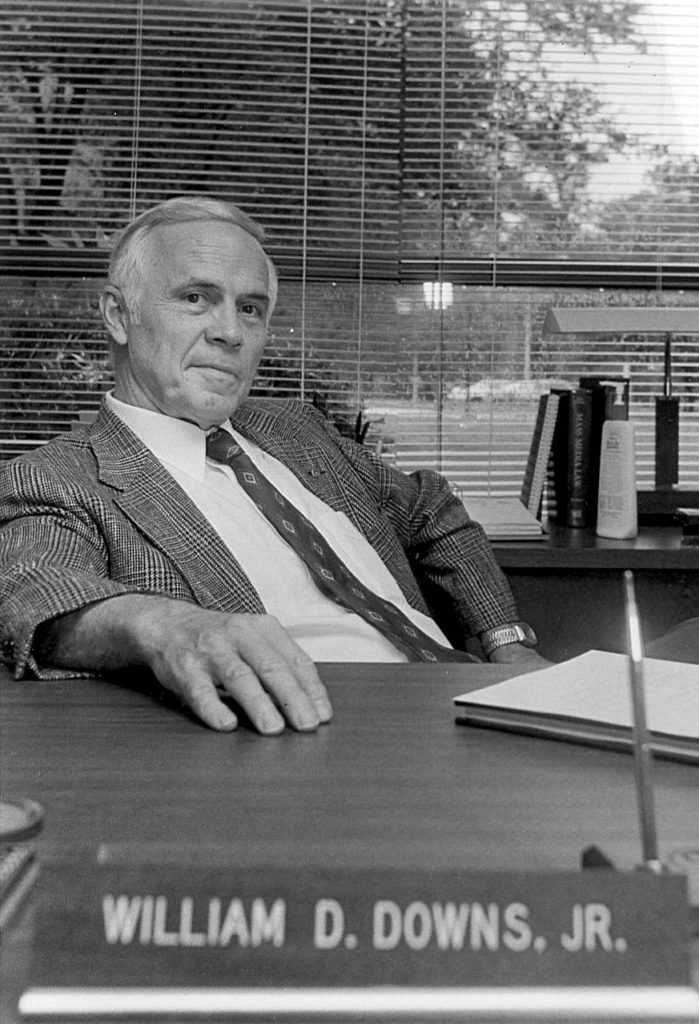 Yesterday we were supposed to write about our favorite professor in this year’s OBU BlogAbout. In last year’s post called “Ode to OBU,” I said:

After my freshman year, I changed my major from a pre-med focus to communications and got cussed out for doing so by one of my science professors. I still remember the reception I received from Dr. Downs in the communications department that week. With a twinkle in his eye and what looked like a shrunken head on his desk, he informed me that his department was going to be demand my very best work (typo left in intentionally). He was and remains one of my very favorite professors of all time. If he told me to jump today, I would nod and ask “how high” without hesitation.

It was in the communications department during my sophomore year that Mitch and I developed a deep friendship. Mitch was annointed editor-to-be of the Ouachitonian yearbook, and when the department purchased a bunch of Macintosh computers, we were challenged to produce a “camera-ready” yearbook. As we sat down behind MacPluses with their little monochrome screens, it was the beginning of a lifelong love affair with Apple products.

Dr. Bill Downs has always been one of my heroes. I don’t know if that was because he looks like Johnny Carson or not. He has a way of insulting you and inspiring you all at the same time. I remember him telling me about one of my humor columns, “This is one of the most creative poorly written pieces I’ve ever read.” I remember I said, “Thanks!” with great eagerness before realizing his compliment’s implications.

Dr. Downs reigned over the communications department with regal wit and exacting demands for excellence. He didn’t just challenge me to write better or to think deeper, but he led me into a love affair with creativity. His classes were both militant and picturesque. I never wanted to miss one. With a wry grin that would quickly transmogrify into a studied frown, Dr. Downs would verbally rip a student’s paper to shreds in front of an entire class. No one felt sorry for the poor soul because we all knew our pitiful attempt would be the next under fire. The strange thing was that even after enduring the magnifying glass of a Downsian diatribe, every student would leave emboldened toward excellence rather than downtrodden.

One of the things I loved about OBU was the amount of laughter in our classrooms. Such spontaneous jocularity revealed genuine relationships between students and professors. And no prof could laugh better than Dr. Downs. He would tilt his head back, take a deep breath, and well, just guffaw. He dropped witticisms and zingers with complete devastation, but he graciously received all of our sophomoric attempts at sarcastic retribution.

One such day still shines in my memory. It was Nita Kay Dalrymple’s honor to leave Dr. Downs speechless. He had been lecturing with gusto, striding back and forth in front of the class waving his pen like a light saber, when she raised her hand for a question.

He ignored her for several moments, lost in grand eloquence, until Nita Kay interrupted with her twangy drawl, “Doctur Dah-owns!” (she easily transformed one syllable words into two)

He was quite perturbed at the distraction, which only made the exchange more memorable.

“I just wanted to tell you that your barn door is wide open,” she stated without batting an eye. It was delivered perfectly.

The silence that followed was delicious. Each of our pea-brains processed the import of her statement in milliseconds. The eruption of laughter was simultaneous with the rush of blood to Dr. Downs’ cheeks. He stood there for what seemed several minutes without response. And without a word, he turned and strode from the class, presumably to close his barn door.

After several minutes had passed, I was sent as an emissary to discover if he’d left for good, only to meet him striding purposely back towards our classroom from the direction of the bathroom. With a grin, he barked, “Noble, get back in there!”

I grinned back, and dutifully returned to my desk.

Upon his return, he claimed his pen off the desk and picked up where he’d left off in his lecture.

Mitch Bettis and I started a business of graphic design during our junior years, and I have always been grateful for Dr. Downs’ support and encouragement during that time. He had to have been skeptical of how our entrepreneurial investment would impact our commitment to our studies and to the department’s publications (Mitch was yearbook editor). His demand for our best never let up, and his shadow of expected excellence hovered over our business as well. I worked diligently and tirelessly, in part, because I simply could not let him down.

In our infrequent encounters over the years, he has always been full of gracious encouragement and praise. Dr. Downs has a zest for life that is contagious. I love the man dearly. It was a great privilege for me to be present at his retirement dinner in May of 2007.

This blog is in part a tribute to the love for writing that he fanned into flame in my life. To a teacher that has inspired me to go further than I could ever have imagined, I echo the students of John Keating in the immortal scene in the 1989 delight Dead Poets’ Society: