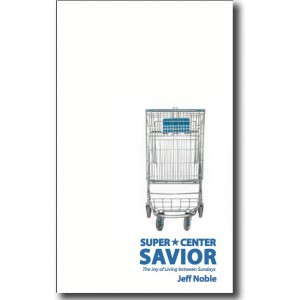 First of all, I owe thanks to so many for your gracious help and support in getting the word out about Super Center Savior. I have no publicist or agency. It’s just me, my mom and sometimes my wife. I actually think they are the ones who have bought the most books to date.

I won’t know overall sales until the end of March when CrossBooks releases the quarterly sales statements. That should be interesting. To date, the only money I’ve seen from the book are from the copies I’ve personally sold, and that has been applied to the cost of the initial batch of books I bought to have available for sales. (In other words, breaking even is still in the future.)

Humbling is a perfect word to describe a book project. Especially a self-published one. A friend and church member, Kiera Cass is a New York Times best-selling author with The Selection and her soon-to-be-released sequel The Elite. (Adelyn loved both of them; Kiera was kind enough to allow her to read a pre-release copy of The Elite). She advised me to not obsess over book rank and sales numbers on Amazon and other sites after the initial launch. Did she know how hard that is not to do? I’ve discovered how vain it is, and the temptation is to allow book sales (or lack thereof) to negatively effect one’s self-worth and the book’s value overall. It’s a mental – and spiritual – battle I never dreamed I’d face, and one initially that I had poorly prepared for.

Additionally, you discover gracious support from friends you haven’t kept in contact with but who promote, spread the word and encourage you consistently. They seem to understand innately the inglorious process and are a wonderful balm to a wounded ego when it appears that the book has slipped into a black hole of nothingness. I think the adage goes: If a pastor writes a book in the forest and a tree falls, does anyone buy it? Others who are friends are more like me, pre-publication.

I was so busy with my own stuff, that when friends and acquaintances created material, I would help initially and then move on. Although I knew that a follow-up on social media every so often would be a boon to a beginning artist or author, I would forget. After walking a month and a half as an author in their shoes, I am reminded about the importance of occasional, but intentional, support of my creative friends.

And then there are those friends who simply haven’t helped. It’s ridiculous for anyone to reassess relationship based on a person’s willingness to promote a creative project. However, in confession mode, I confess that there are a few ego injuries that I’ve received over the past few weeks from ignorant friends. (I mean “ignorant” in the literal sense of “they simply don’t know what they don’t know.”) Such is the strange new world of being an author.

After reading some of the reviews from Kiera’s first book on Amazon (overall a 4-star!), I am thankful that the book hasn’t had wider impact yet. When you receive brutal, excoriating reviews on a project you’ve poured yourself into, it has to be difficult to resist anger or frustration. I don’t think I would have been (or am) adequately prepared for that yet, so….

In fact, in addition to the two excellent articles below that Amy posted on Super Center Savior’s Facebook page, let me add another suggestion to aid your favorite author/creative:

Articles to help you help an author:

I’ve got more, but in the meantime, for book updates, feel free to stop by – or subscribe – to the book blog here. I’ll stop here for now. In other words… nuff said.