Feedback on the Apple Watch from my kids 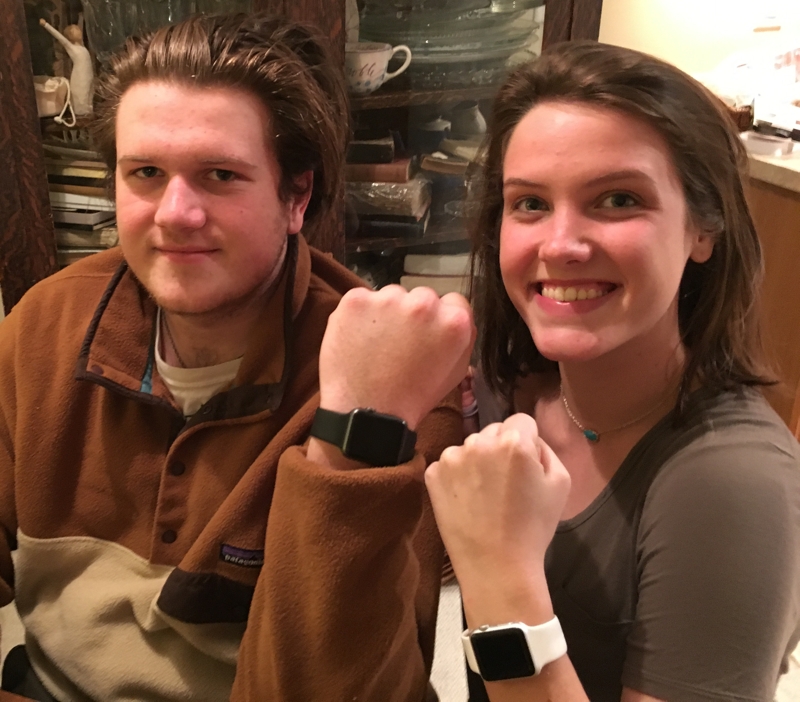 Both of our kids have Apple Watches. Sam is a freshman at the University of North Carolina at Charlotte, and Adelyn is a junior at Blacksburg High. Sam got his for his birthday (it arrived in June), and Adelyn received hers in September for her birthday. While we were having a Thanksgiving Eve meal, I asked them both what their top three “likes” about the Apple Watch is:

Sam also said that screening phone calls and making quick phone calls on his watch were a close fourth.

Both kids are glad they have an Apple Watch but could easily do without it. It would take adjustment, Sam said, but he could do it since he’s gotten used to the convenience. Adelyn thinks it’s a peripheral and a “spoiled perk.”

After listening to the entire conversation, Carolyn’s grandmother Rosell said, “After all that, does it tell you what time it is?”