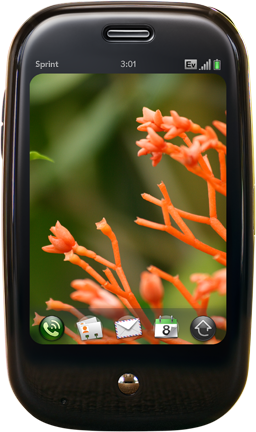 Palm announced their new Palm Pre today, which is the first phone of theirs to run their new webOS. I’ve smirked at phones like the Samsung Instinct which announced in gaudy movie theater commercials that it was the iPhone killer. I’ve been amused at Crackberry Storm attempts to respond to the iPhone. And then there’s all kinds of other touchscreen phones on the market desperately attempting to respond to Apple’s success.

However, as a previous Palm Treo user, I must say the new Palm Pre looks mighty enticing. I doubt I would give up my iPhone for it like I gave up my Treo for the iPhone. However, if it came with Mac compatiblity (as smooth as previous Palm products) and a cheaper data plan than AT&T offers (they’re crooks) for the iPhone, the choice might become harder.

I made the call on the iPhone’s success. And I’m sticking my neck out and saying that the Palm Pre will turn a lot of heads and eventually gather more RIM customers than iPhone customers – initially. They may be breathing down Apple’s neck within two years – unless Apple makes the attempt to buy out Palm. We’ll see.