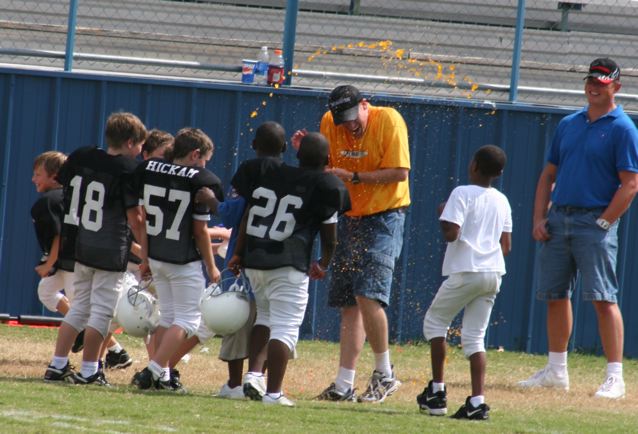 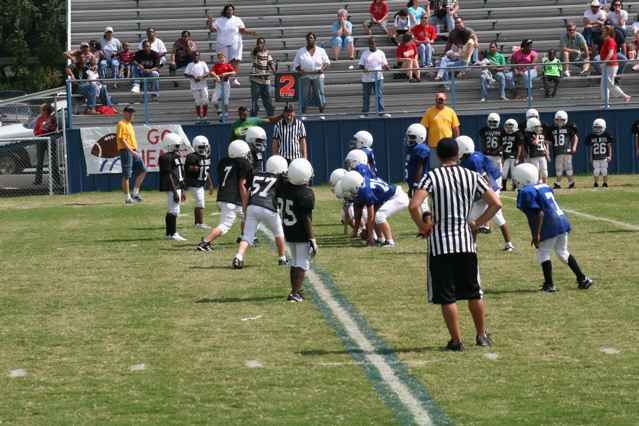 I told Ryan over the weekend that I now understand how some folks get addicted to coaching. I’ve always been a sidelines parent who rooted for my kids but who never got too emotionally involved. Carolyn, on the other hand, has to restrain herself from bopping coaches and parents on the head with her high dollar camera at times.

However, this past weekend was literally one of those moments that changes how you look at sports. First off, you need to understand, I’ve been a second-stringer all my life. I’ve never played on a championship team in anything. I don’t have the memories and sights and sounds and smells of dynamic, final game win lurking in my mental canals. 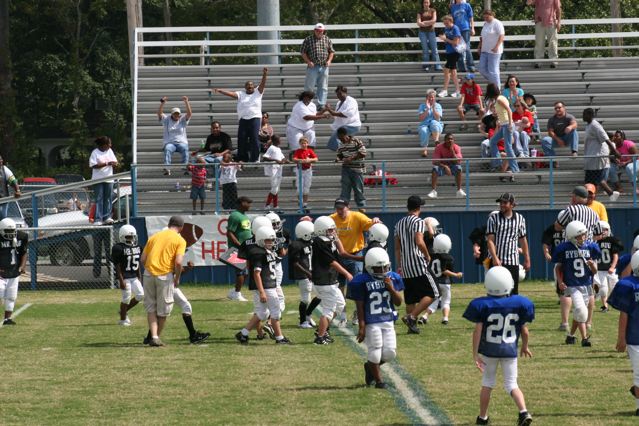 They are a third-fourth grade Monticello Junior Football League team that I’ve coached for the last two years. We tied for second last year amidst four teams. (Actually, the bottom three teams all finished at 2-4). This year, we started the season 0-2. (Don’t get me started on how the football board handicapped some teams with some well-intentioned by misguided decisions).

This past Saturday, we faced the Ryburn Mustangs. Last year’s undefeated champions at 6-0. They were 2-0 going into Saturday. My son, Sam, and all his friends attributed their success to two words: Chris Owens – an exceptional fourth grade athlete. Needless to say, we were the underdog.

Here’s where it gets exciting…

(and forgive me for reliving the game), but after a hard-fought game, the clock ran out with the score 18-18. We were headed to overtime, for Pete’s sake! The boys were overjoyed; the fans were wild. I was ecstatic. 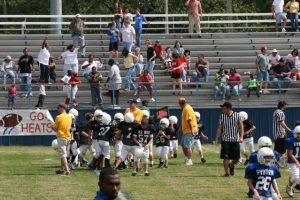 First Overtime: We got the ball first and scored on a sweep right.Two-point conversion failed. Ryburn gets the ball, and scores on oneplay. Oboy. They also fail to convert. This could be bad. Score: 24-24.

Second Overtime: We get the ball, and they hold us on the first three plays. It’s fourth down, and we’re struggling. We’ve fumbled a snap, and the boys are totally exhausted (both teams). They’re dragging themselves back to the huddle. The 11:30 game has drug on for almost two hours. It’s 1:15. On fourth down, I called a pitch left, and our running back sweeps wide left, breaks a tackle, and bursts into the corner of the endzone! Touchdown. Again, we fail to convert. Score is now 30-30. 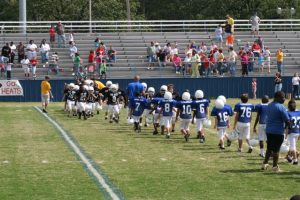 Third Overtime: The stands have swelled to accomodate the teams and their parents who have the next game. Everyone seems to rooting for Mr. Bug, the underdog. I’m so proud of my boys, including my son, who have played their hearts out. Literally, they could not have played any better or harder. It was a fantastic effort.

However, as we lined up for the first play in the third overtime, I was wondering how much longer they could hold up. I called a quarterback dive left. In what
seemed to be a slow motion replay, he scooted through their line and backfield, 20 yards, completely untouched. I was stunned. Our team was elated. As I called the boys back into huddle for the conversion attempt, everyone had suggestions. “Let’s throw it!” “How about we pitch right?”

I simply looked at Dallas Blagg, our quarterback, and said, “Whatever you just did… do it again. Get into the endzone.” He
smiled and said, “OK, coach.” It was a Hoosiers’ moment. They team chanted, “Break!” in enthusiastic unison, and lined back up. After the snap, Dallas barreled forward and ended up carrying half the Ryburn team into the endzone as he fell forward for a two point conversion. Score: Mr. Bug 38, Ryburn 30.

Whew. In their attempt to score, our defense came alive. They hounded the quarterback twice, for a loss of
yardage, tackled their running back behind the line, and on fourth down, they sacked the quarterback again! Game over! Final Score: 38-30. (I think!)

I got Gatorade dumped on me by happy players. The parents in the stands were crazy. The people lining the fence were absurd. What had just happened? As I drifted out of the stadium through dozens of
well-wishers (“Good game, Coach!” – “Amazing!” – “Great play-calling, Coach!”), and arrived back at home, Sam and I both were exhausted, completely.

Fast forward to my conversations with Ryan… and then again with Dax (our sponsor and assistant coach) and Jason (another assistant coach) today. I’m still thinking about the game, reliving certain plays, and simply revelling in the joy of a memory that I hope never fades. I never had a sports memory like this before. It’s intoxicating and surreal. I can’t explain it.

We’ll march back onto Hyatt Field this Saturday to face the Maxwell Wolverines. I’ll be a different coach, and Mr. Bug will be have a different team. Win or lose this week (or next)… this past weekend remains. It’s a rare experience. My son and I will forever cherish it.