For Christians, remember that the Gospel is “news” 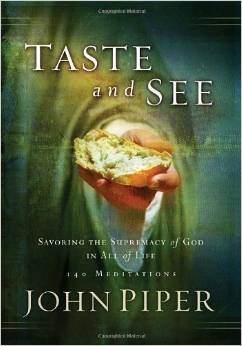 John Piper nails it in a brief devotional in Taste and See (also available online here). Too many Christians are mute about their faith because they have begun to believe that Christianity is a set of ideas to be articulated, a bunch of religious mumbo-jumbo to share. They’re the frozen chosen simply because they don’t know where to start.

In this hesitant state, fearful of just what exactly to communicate to someone else about faith, love, hope, the cross, Jesus, etc., Christians default to just… being nice. It’s one of Satan’s greatest joys to see good, but silent Christians.

Piper reminds us to:

“..ponder the news-ness of Christianity. It’s news, not just ideas or arguments. That too. But first and powerfully and joyfully it is news. ‘Do not be afraid; for behold, I bring you good news of a great joy which shall be for all the people’ (Luke 2:10).”

He quotes J. Gresham Machen in his book God Transcendant:

“We could not hope to be listened to if we had merely our own thoughts; there are so many others in the world wiser and more learned than we. But in a time of peril in a beleaguered city the humblest of day-laborers is more worth listening to than the highest of orators, if he has news.”

Remember that primarily, Christians have good news. Yes, there’s time for theology, commentary and analysis. But you can leave that to others. Give people in danger good news first.

In the immortalized words of detective Joe Friday from Dragnet fame, “Just the facts, ma’am.”