Full circle with a “straw cake” 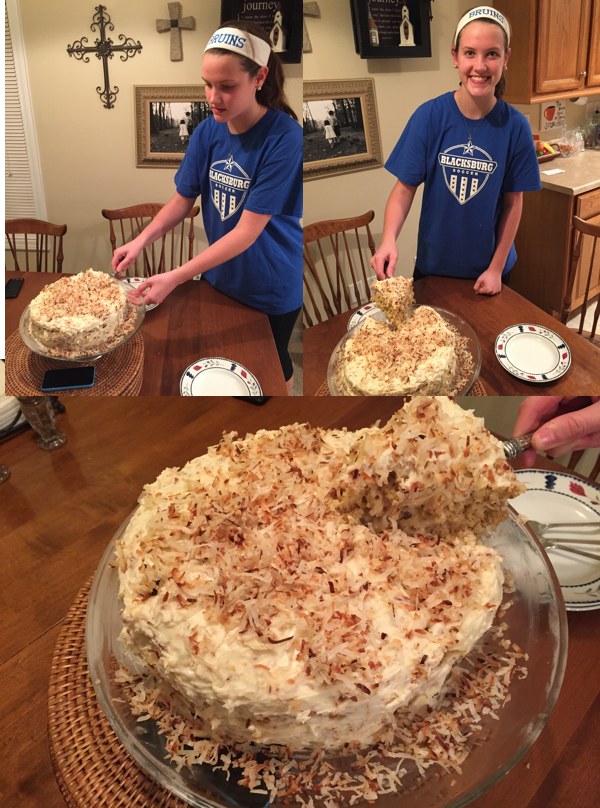 One of my favorite things about spending time with my grandparents in Hamburg, Arkansas was what came out of Opal Noble’s oven. Opal was my grandmother, and she could cook. Meals with them in south Arkansas tended to be big, low on health consciousness, but high on taste.

Lunch was always the biggest meal. Supper was leftovers (which were left on top of the stove all day for those of us who liked to graze). D.B. (“Daddy Buck”) was my grandfather, and he always had one menu item for supper: a mug of milk with cornbread crimped into it.

The pièce de résistance of Opal’s culinary skills was something that she made sure was always under the dome when I arrived – her coconut cake. We kids called it the “straw cake,” and it was undoubtedly similar to angelic manna.

Tonight, my life cycle turned full circle as my daughter made a coconut cake from scratch. Opal went to be with Jesus on June 11, 2004, but as the smells of Adelyn’s cake wafted throughout the house, and we poured glasses of milk, I knew Opal was smiling. And I think Jesus’ mouth was watering.