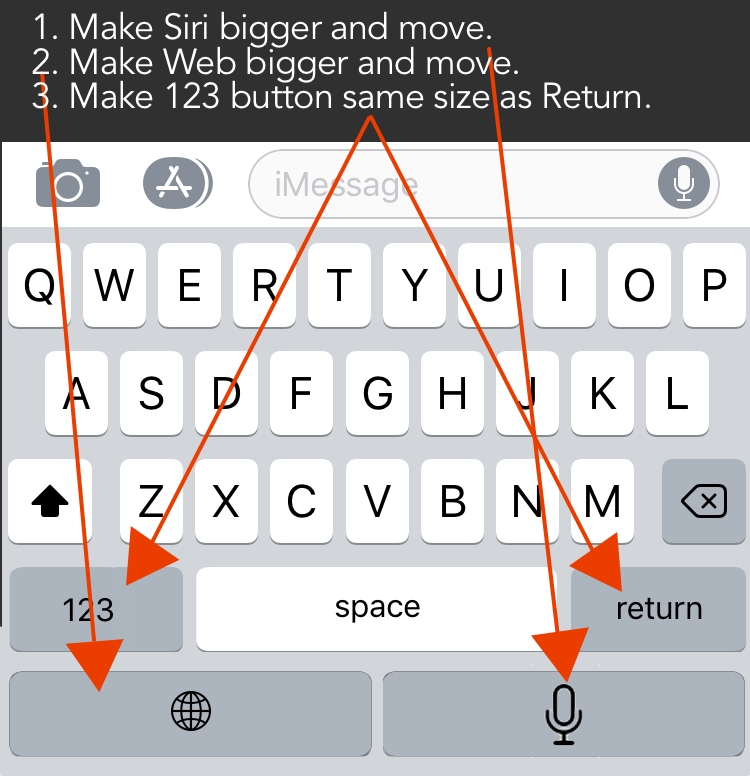 I get to complain about Apple because I’m a fan boy. It’s the deal of only I can make fun of my family. A while back I wrote Seven things Apple doesn’t do well. This post addresses how Apple breaks #4 in that list with the functionality of accessing Siri in text messages and other apps on iOS devices. My contention is that iOS 11 messed it up. 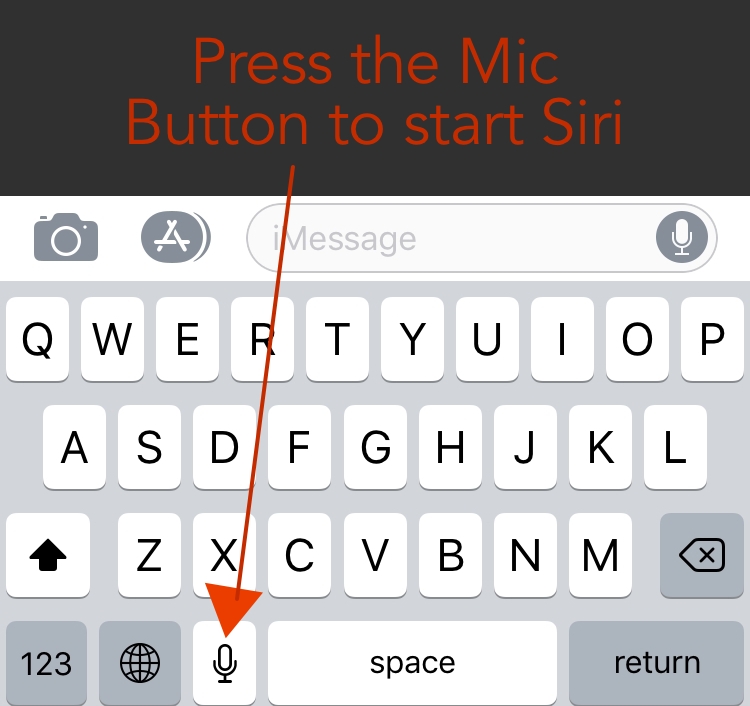 Once you press the Siri button, you can start speaking. After you speak, the screen looks like this: 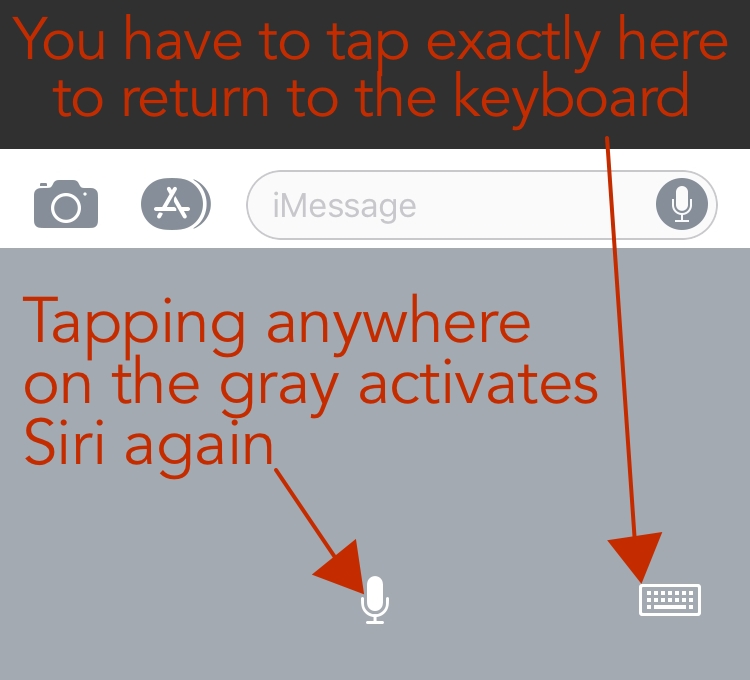 The problem is that this is a bad design. Notice all the wasted space and while pressing anywhere in the gray reactivates Siri, you must tap exactly on the keyboard to access the keyboard (which is important to correct the invariable misspells or autocorrects. Why would Apple make it so inconvenient to get back to the keyboard?! 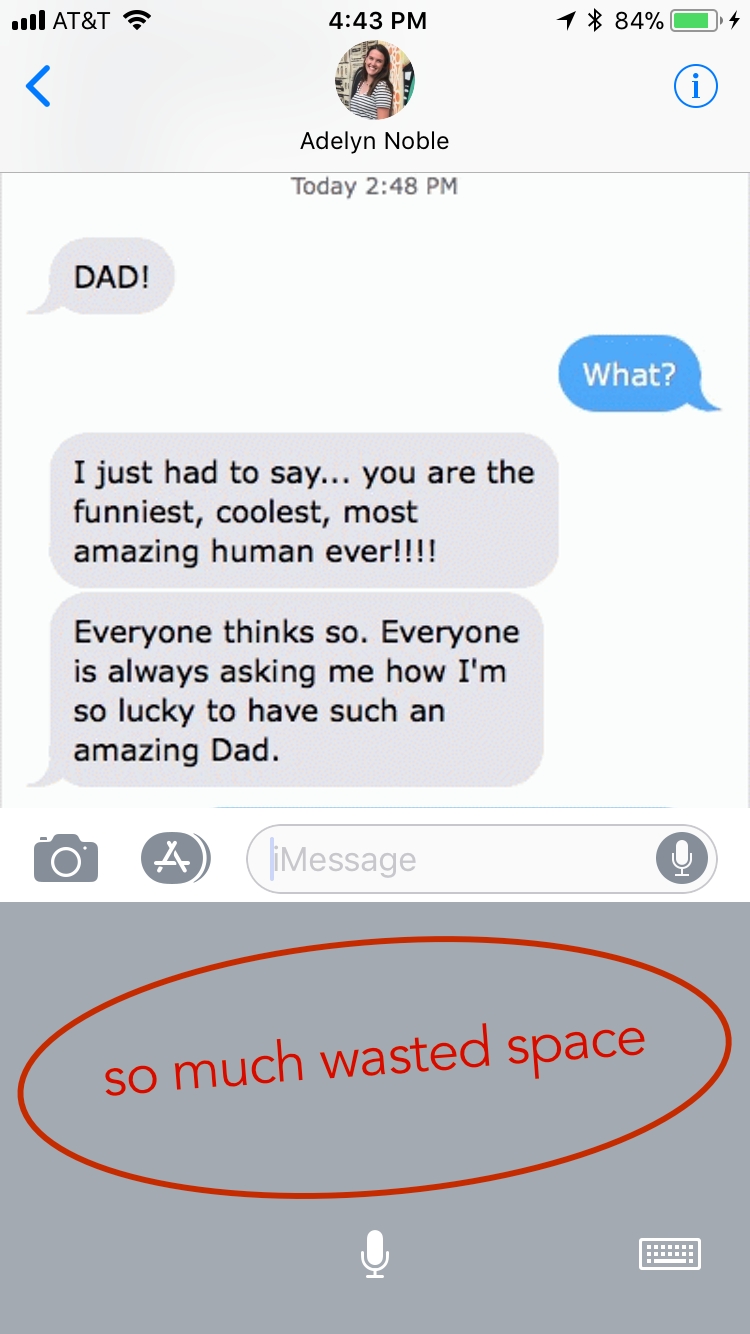 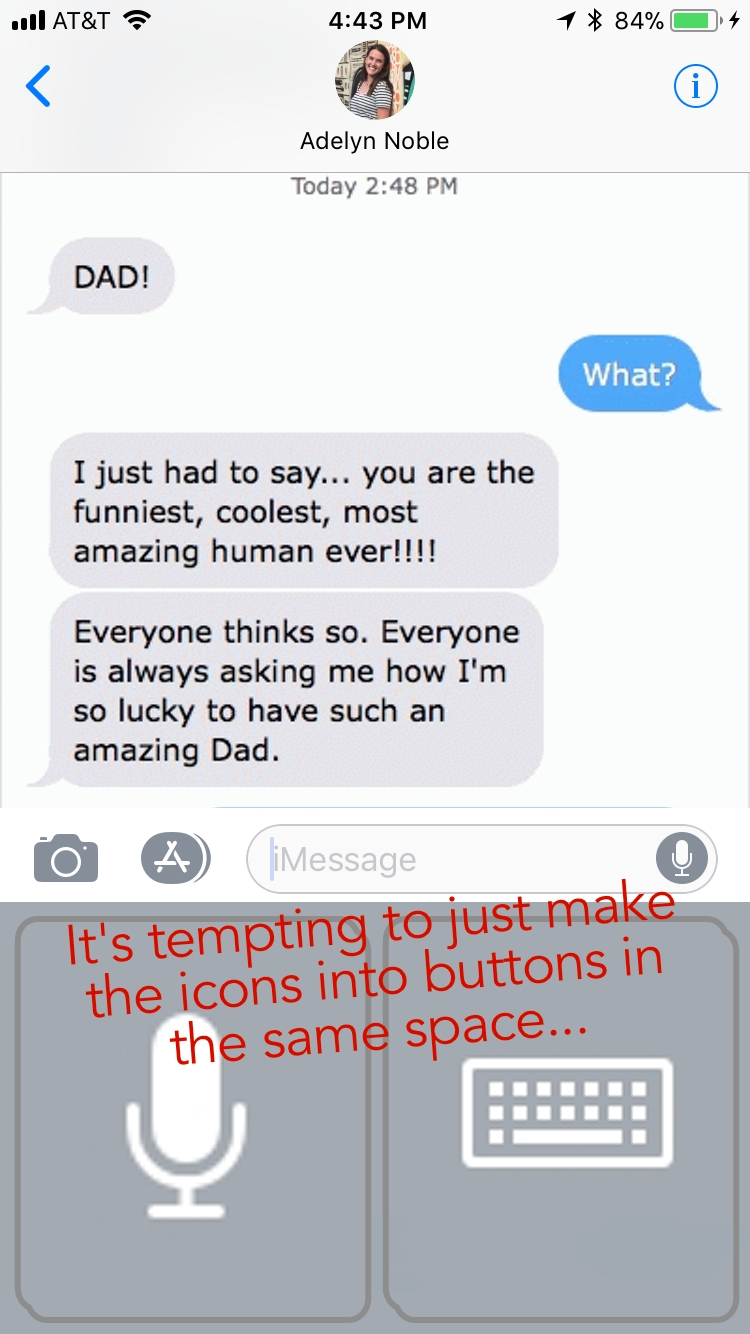 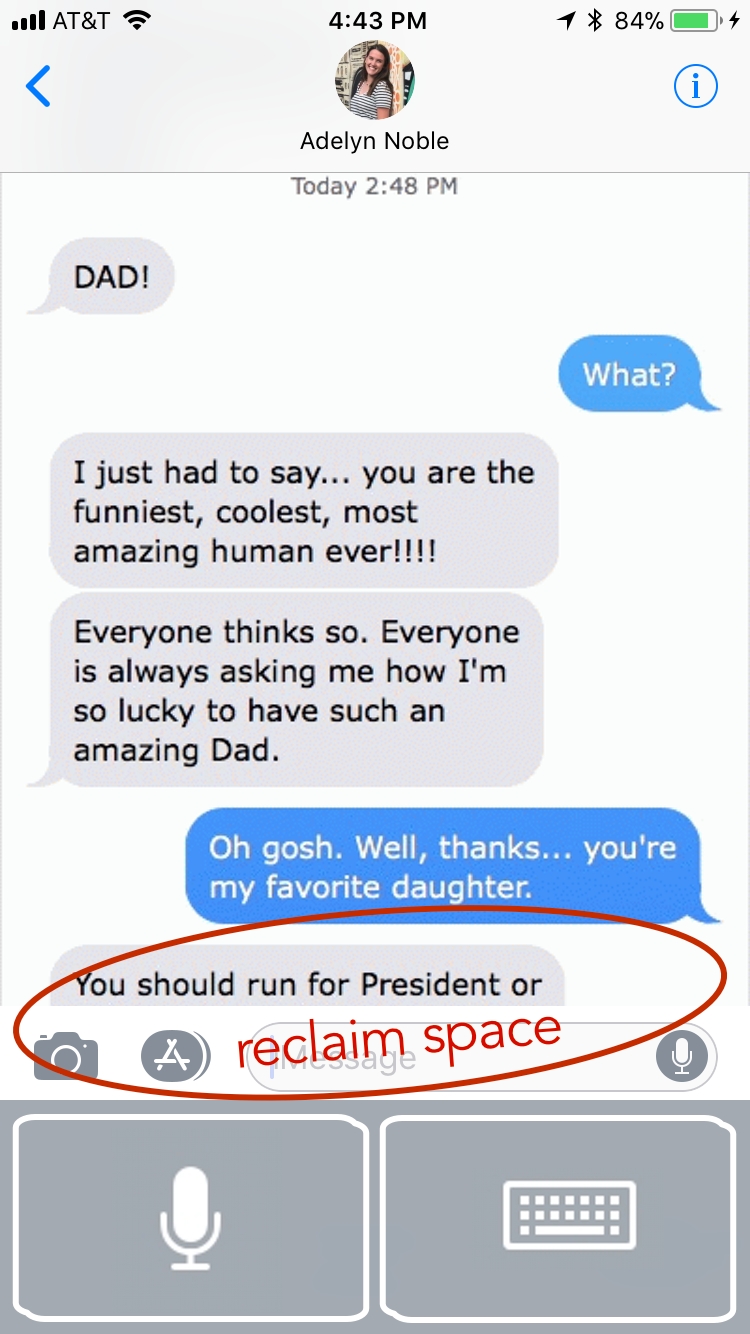 In the design above, you get more screen space, and it’s easier to get get back to the keyboard.

In previous iOS versions, pressing the Siri button next to the space bar would return you to the keyboard after using Siri automatically, for an easy correct, if needed. I think that default is much more helpful.

Apple has shown with the current design that they’re not worried about consuming screen space, so why not do this: 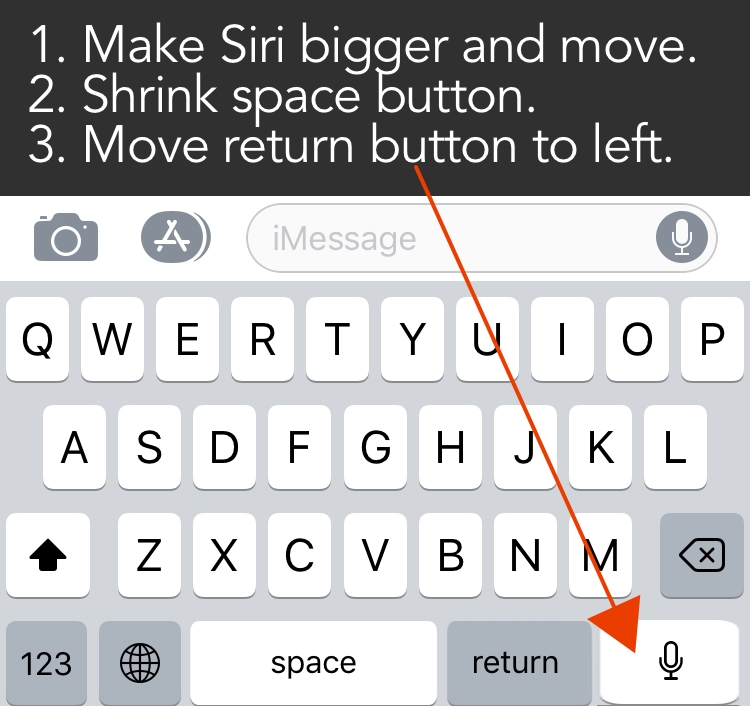 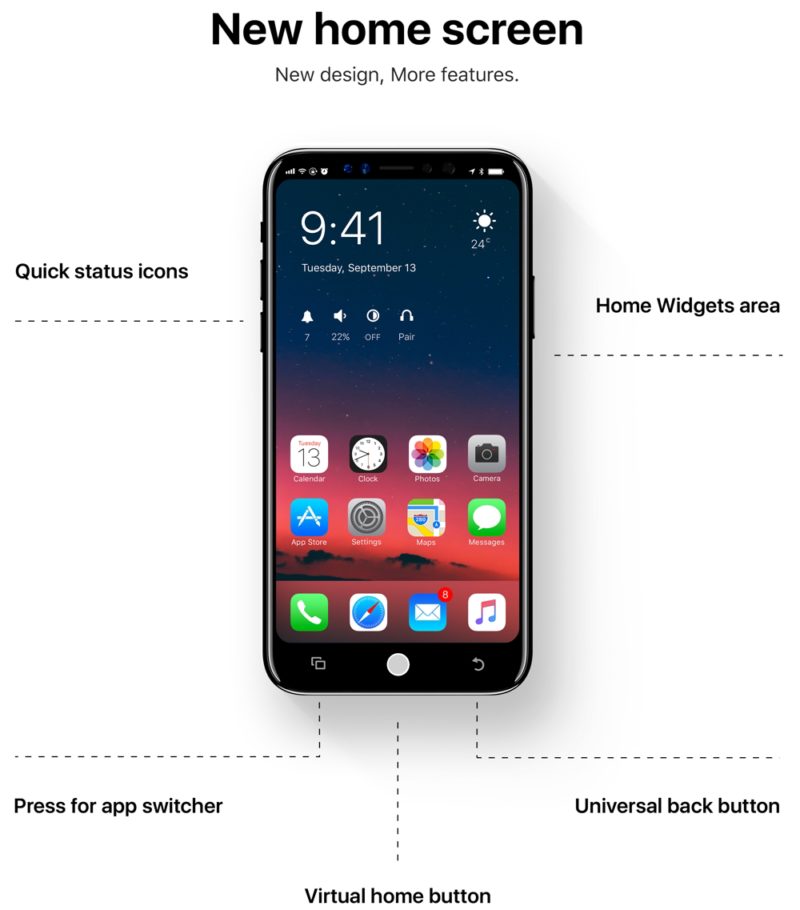 Too much time on my hands?

Yep. Probably so. I love Apple products. It pains me when I see them doing things that don’t make sense and aren’t intuitively right. I just wanted to help.

What do you think?

At least I’m not developing possible iOS 12 possibilities (which, by the way, these two concepts are awesome!):

Oh, and a disclaimer. While I’m pretty sure my daughter loves me, I generated these texts using www.iphonefaketext.com.