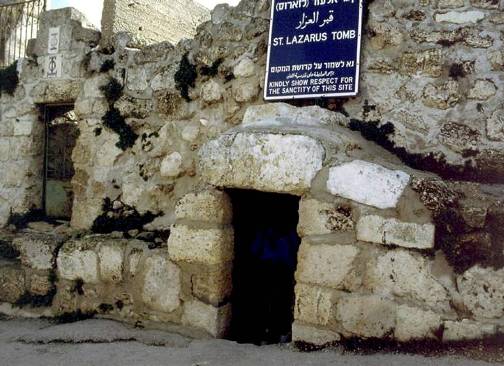 On Wednesday a.m., Michael Kelley spoke from John 11 about the death of Lazarus. It was not only high drama, but it was high impact. Kelley walked us through the event and the seeming stunning callousness of Jesus’ intentional 4-day delay.

Get this. Three of Jesus’ closest friends – one is on his deathbed. An urgent message is sent to Jesus. They have come to believe in Him as the Messiah and Savior of Israel. They know that He can.

Jesus gets the message… and does nothing.

How does that hit you?

Kelley pointed out that in at least one other circumstance in scripture, Jesus had only to say the word, and healing took place without Jesus even being there. But He doesn’t do that here either.

On top of that, He doesn’t even head in that direction. He waits two more days, and then makes the two-day journey to Bethany. By the time He arrives, Lazarus is dead, Mary and Martha are mourning, and Jesus’ reputation is on the line.

Jesus has two powerfully poignant conversations with Lazarus’ sisters: Martha and Mary. Martha confesses her belief in Jesus; Mary can only fall at His feet in tears. Both state the obvious: “Lord, if you had been here, my brother would not have died.”

I could not help reflecting on all the instances in my own life in which the big IF statement was there. When I’ve “iffed,”  it is usually because my understanding of my circumstances is exceeded by my frustration with them. Implicit in “if” statements is a disagreement with how God has chosen to handle a matter.

When was the last time you were there? You realize that God can, and you’re devastated that He won’t.

Mary and Martha should be commended for their understanding of Jesus’ power. They were confident in Jesus’ abilities. They were now not so sure of His motives.

Things were so bad that upon arriving at the tomb – and I like how the King James Version puts it – they object to Jesus’ command to roll away the stone: “Lord, by this time he stinketh…”

That’s how I sometimes view situations in which the Lord doesn’t act on my own timetable… they stinketh.

But Kelley focused on Jesus’ encounter with Mary. She was the sensitive one, the contemplative one. She was the one who had sat at Jesus’ feet in Luke 10.39 in quiet adoration of the Messiah. Now she was at his feet in grief and confusion.

It was this that stirred the heart of Christ. The ESV records, “When Jesus saw her weeping, and the Jews who had come with her also weeping, He was deeply moved in His spirit and greatly troubled.” (v33) Just a moment later, “Jesus wept.”

Kelley asked, “What is more amazing – that Jesus raised the dead, or that Jesus knows the end of the story and weeps anyway?”

This is a profound indication of Jesus’ love for His children. He has a larger purpose. We are unaware, and our vision is obstructed. Yet Jesus weeps with us.

One other thing… Kelley pointed out that there is a sense of anger and indignation in the phrase “deeply moved and greatly troubled.” He asked where it was directed:

He pointed out that suffering is a preeminent theme throughout scripture. Suffering is a primary means that God uses to refine His people and display His glory.

Kelley did a magnificent job preaching this message. It wasn’t a sermon; it was a faith-conversation with us all.