Yes, Virginia, there is a Halloween.

Not that we thought it was an exclusively Arkansas entertainment event…

We spent a relaxing, overcast day with college football, a neighborhood parade and activities for kids in costume and of course, trick or treating. Adelyn was a clown this year – and she dressed as one too. She borrowed one of our church member’s orange clown hair that he uses only for Clemson games. It was a quite an honor, we were informed.

This was the first year that Sam purposefully chose NOT to go trick or treating. He did buy a scary mask and sat on the front porch with the candy bowl in his hands, unmoving. It was rather entertaining to watch the kids hesitantly approach and anxiously attempt to peer through his eye-holes to determine whether he was a real person or not.

On occasion, he would yell, and a couple of times (one being when Adelyn and friends came to the door), he hid in the garage and then burst out to chase the screaming menagerie down the driveway. All in all, it was a pretty successful event. I define “successful” as whether the kids raked in enough candy for the parents to have some as well.

We carved four pumpkins this year – VT, Boo, a Razorback and a traditional jack o’lantern. Carolyn was pretty proud of them.

And speaking of proud, Caro was pretty proud of this shot. The colors this past week hit their peak. It’s been pretty breathtaking. You know we’ve pointed it out excessively when Adelyn said in the car once last week, “Don’t say anything or mom will start talking about the T-R-E-E-S.” 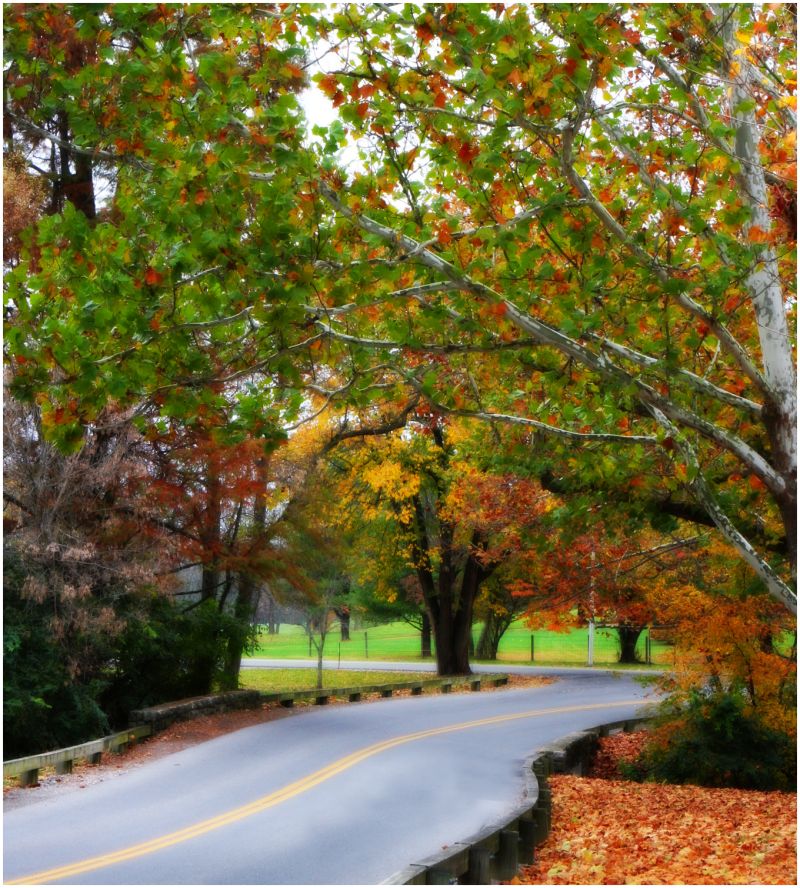