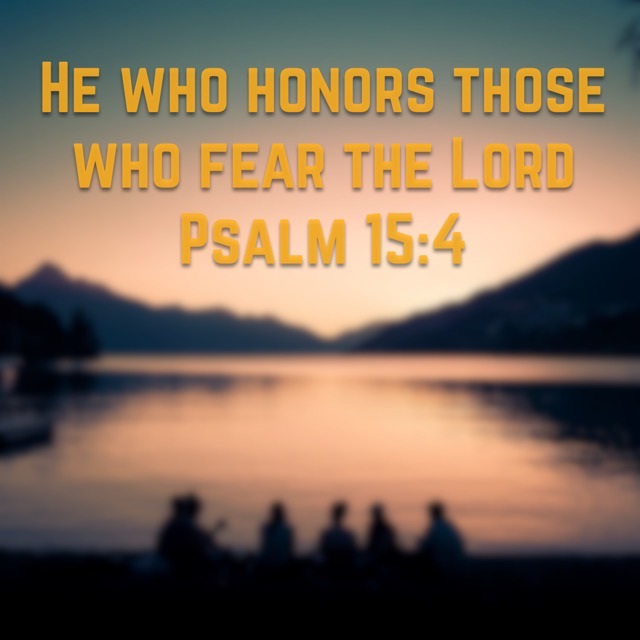 A year ago today, I wrote a post in which I thanked those who had been used by God in my life to point me to Him in deeper ways. It popped up on my TimeHop app, and after re-reading it, I was freshly grateful for all those I mentioned.

It’s based on Psalm 15, and since today is the 15th, I had read it again for my devotional time this morning.

I want to mention, for the past year, some of those whom I have seen “fear the Lord” and whose faithful walks with Jesus have encouraged me to follow Him with more joy.

While some below made the list last year, most are new. All are beloved.

Three men who are linked through faith as a result of campus ministry:

My family… they each continue to follow Jesus with all their hearts. It’s humbling as a preacher to be preached to with such loving grace at home through their lives. I could copy and paste what I wrote last year about them because it is all still true, but here’s some fresh gratitude:

There are so many others who belong here. So let me close with the same words from last year’s post:

I challenge you to try to come up with your own list and honor those who fear the Lord. For those of you who know you were left off, my heart friends and soul mates, my prayer support and my encouragers, those who might have expected to see themselves here, please know it was not intentional. It’s a result of my own time-pressed-ness and mental shortcomings. It’s certainly not a result of my lack of wanting to honor you.

May our great God continue to be praised and honored by those who fear Him. My life has been nudged closer to His heart because of all of you.