In Hog Heaven with Hokies 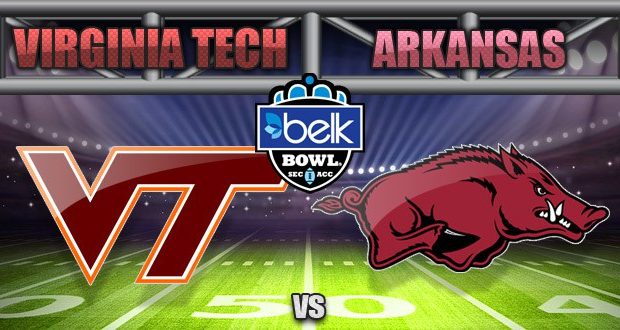 I never thought it would happen. I’ve joked about it in the past seven years after moving to Blacksburg, Virginia from Arkansas. Wouldn’t it be amazing if the Razorbacks played the Hokies!? When the announcement was made that the 2016 Belk Bowl would feature my two favorite teams, I knew we had to go! 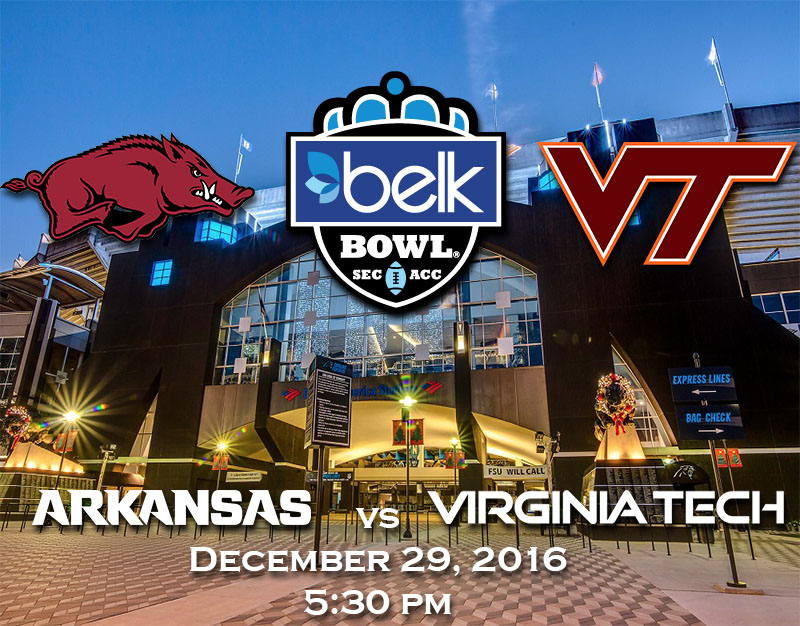 I began to play it off to my family, reminding them that I am literally a fair weather fan. I do not like sitting in rain or cold or even hot weather for a football game. I’d rather be watching on my big TV, where I can get up and get free food or a Walmart Diet Cream Soda out of the fridge when I want. I can even pause the action while I go to the bathroom and not miss a play.

I had them convinced that we would be watching the Belk Bowl on HD. This game, however, is a match made in Hog Heaven.

So in Carolyn’s stocking on Christmas Day were tickets to the game. We are Belk Bowl Bound today!

In the past seven years of becoming a Hokie fan, I’ve learned that it’s a lot like being an Arkansas Razorbacks fan. We are always 2-3 losses away from being a great team. The most common thing you’ll hear from fans of both teams after another disappointing season is “Wait until next year…” However, both teams have new styles (Coach Fuente is completing a tremendous first season with VT!), and their future looks bright (VT’s more than Arkansas’).

Look for us on TV. I’ll be wearing Razorback red.. and a Hokies ball cap. I’ll give you a thumbs up if you see me… I’m sure you’ll be able to pick me out. #GoHogs #GoHokies