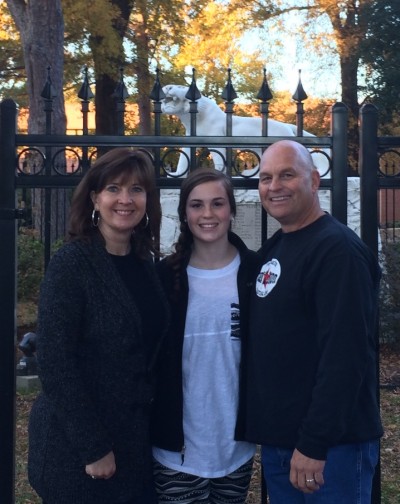 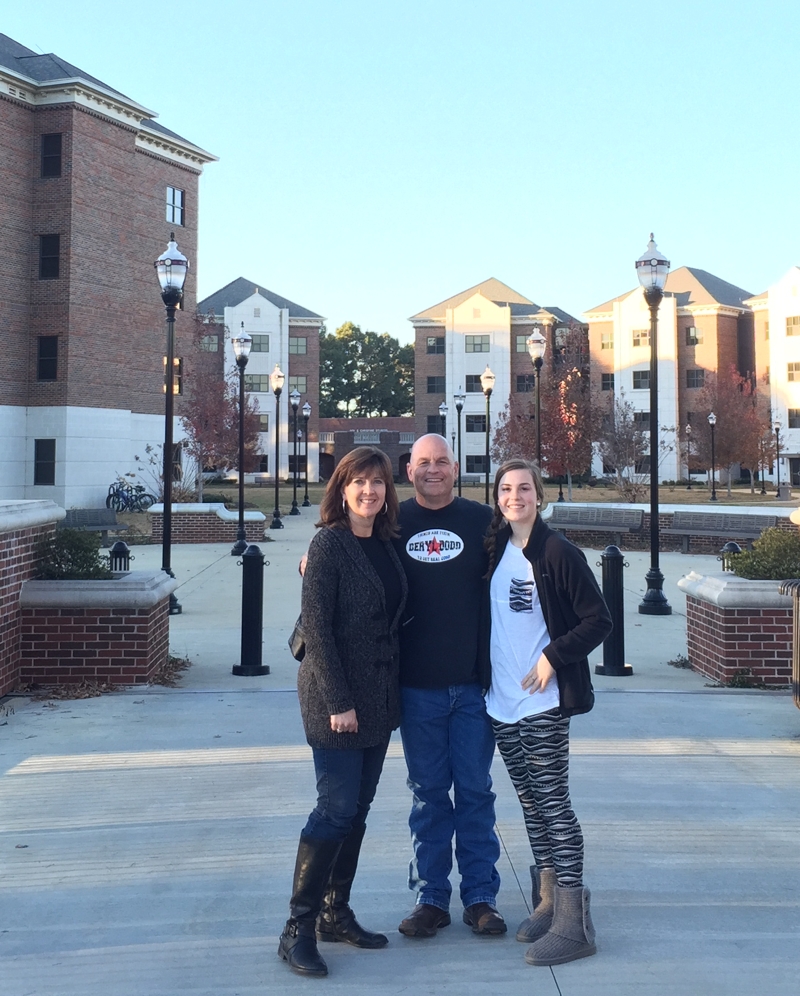 Let me introduce you to a good friend, Ralph Ramsey. Ralph and Christy live in Aubrey, Texas and have a daughter named Hannah. They have been some of our best friends since our seminary days when we were living in Garland, Texas and serving at First Baptist Church there. I met Ralph in the youth ministry where he and Christy were serving as Sunday School teachers.

Ralph is in banking. He, Kevin Wieser (the youth minister) and I were fast friends and often lunch buddies. Kevin knew how to play the “poor minister card” at a meal better than anyone I know. We’d be eating, and about the time we were wrapping up, he’d begin saying things like, “I love serving the church, but compared to other professions, ministers are paid so little…” He’d then talk about having three kids and robbing Peter to pay Paul and such. I’d watch in amazement and just solemnly nod. Ralph would inevitably mutter something like, “Oh my gosh. Just give me the check.” And he’d pay for us. Often. He was essentially our spiritual sugar daddy.

After we moved to Arkansas, we stayed close to both families, but with the Ramsey’s staying in Garland (the Wiesers moved to Arkansas), we were able to stop over at their house on trips to New Mexico since it was the 1/2 way point of our trips. The endless barbs between Ralph and me are legendary. He’s been bald since he was, well, 11, and I delighted in making bald jokes. Now we’ve been friends so long that my hair has betrayed me, and I don’t make those jokes anymore.

Ralph and I tend to get in trouble with our wives when we’re together, but he doesn’t need my help. He’s typically got some hair-brained scheme cooked up that produces a frustrated, “RALPH!” from Christy. He is, in fact, the instigator behind my near-crippling snow accident. 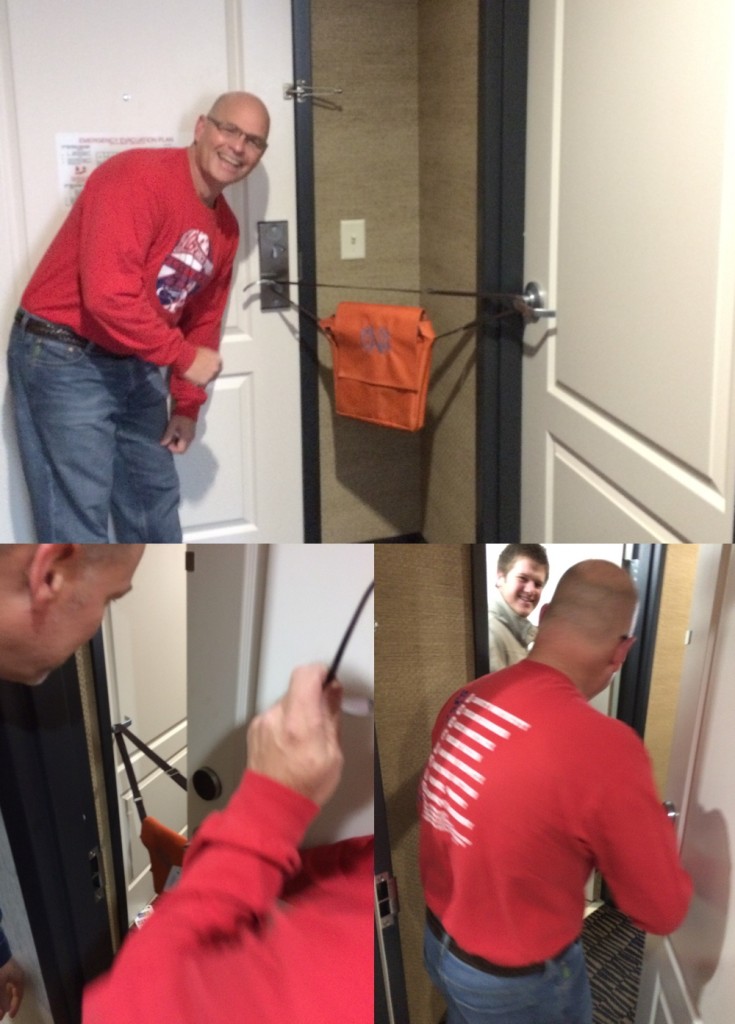 Which brings me to our visit with them over the Thanksgiving holidays. We met them in Arkadelphia that Tuesday of Thanksgiving week to preview Ouachita Baptist University (Carolyn and my alma mater). Adelyn and Hannah are seriously considering it (still hoping for Sam to get interested). We were given a long tour and went to a Lady Tiger basketball game that night.

The next morning is when Ralph showed up in character. We were getting ready to check out of the hotel. The girls had gone downstairs, and Sam was taking a shower in our bathroom. He had locked the bathroom door, and I needed to use it, so Ralph let me into his. In the meantime, Ralph has the “bright” idea to prank Sam. He tries to find a belt but settles for Carolyn’s computer bag’s strap, which he loops around our bathroom doorknob and the doorknob to the hall. Then he crawls under the strap and holds the door open a crack to watch the fun of Sam realizing he’s trapped in the bathroom.

It was only a few moments before Sam tried to open the bathroom door and began yelling, “Let me out!” Ralph was giggling like a school girl who’s just gotten free tickets to One Direction. Sam begins to push hard on the door, straining Carolyn’s computer bag strap. Ralph realizes that the strap was not designed to contain a 6’3,” 240 lb high school senior and begins yelling at Sam to calm down. Sam yells back.

I can hear the ruckus… from the commode in Ralph’s room. I have no idea what’s happening, but I knew Ralph was involved in something.

At some point, Sam pushed so hard, that it jerked the door to our room shut (which Ralph had been trying to hold open), and that was when Ralph realized that he couldn’t get back in – no key. It was at this opportune moment that Carolyn had decided to come back upstairs to get her stuff. As she comes down the hallway, Ralph runs up to her frantically, saying, “Joke gone bad; joke gone bad! Give me your key!!!!” Carolyn has no idea what’s up, but soon, the door is back open, and Carolyn discovers that her laptop bag now has a rip down the side from the incident. Sam is smug. Ralph is chagrined.

It’s all normal for the Nobles and Ramseys.

Of course, Ralph’s joke gone bad provided me with a great idea for a Christmas gift for Carolyn – a new laptop bag.

Hey Ralph, do you know how much ministers make in comparison to other equally-educated professionals….?