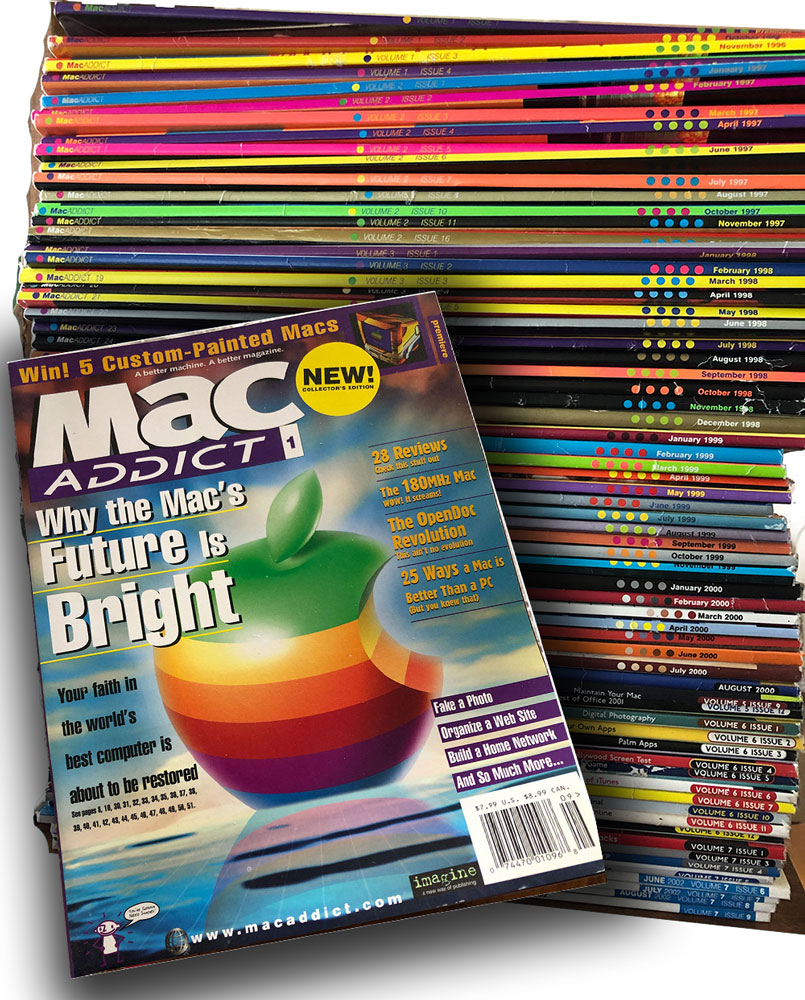 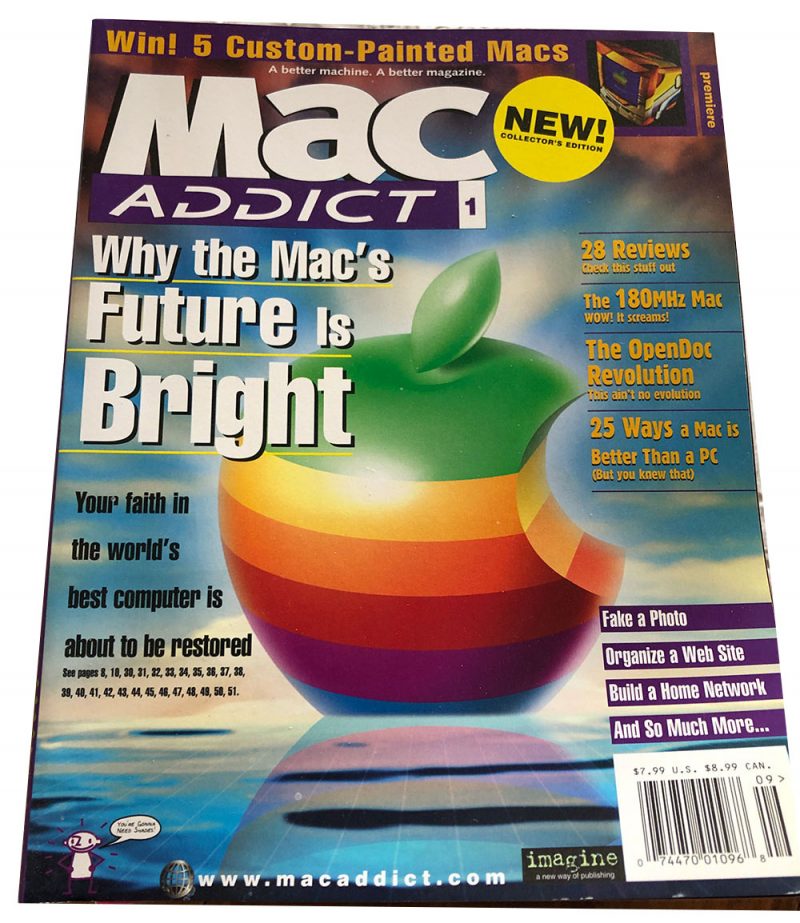 Folks, you know I am a nerd. I’m sorry about that. But I was cleaning out the attic today, and I have every issue of MacAddict magazine from its #1 launch issue (October 1996) to September 2002. Looking at the cover of these magazines is like taking a tour through Apple history. So fun.

MacAddict was the perfect magazine for Apple users during the late 90s. Fun, irreverent, and just plain snarky. From 1996 to mid-2002, there were four rating icons, which depicted Max, the mascot. There was “Blech” (the lowest), “Yeah, Whatever” (a mediocre product), “Spiffy” (a solid yet not perfect product), and “Freakin’ Awesome” (the highest). Section titles of the magazine were taken from well-known Mac commands.

MacAddict gave us a place to see that we weren’t the only Apple user in the neighborhood. Little did we know (though we knew that Apple was the greatest computer ever) that Apple would win the Mac vs PC wars and every coffee shop would be full of MacBook users, ears would be full of AirPods and we’d all be talking to each other on iPhones.

In 2002, MacAddict rebranded as Mac|Life to become a more “serious” magazine. That was when I stopped subscribing. 😉 Go figure.

I’m selling them all on eBay hoping that my attic treasure will produce some further treasure. I would love to imagine some other Apple fan curling up in front of a warm fire this winter with a cup of coffee and perusing these happy mags. Colored computers, the revolutionizing iPod, Steve Jobs coming back to save Apple… they will take you back to the beginning of the Apple and make you proud. For the really nerdy, you can download all the past issues here.

Now if only Tim Cook would get these and remember what innovation and fun really looks like for Apple. But that’s another story for another day. Blech.