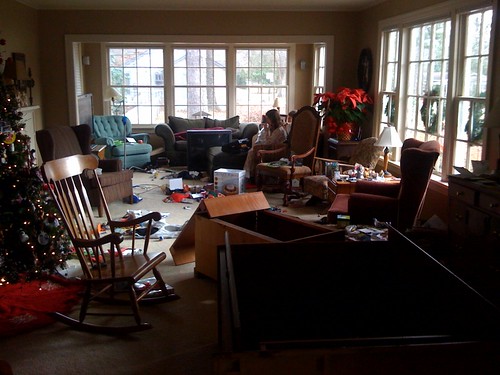 After a chaotic day of kitten hunting, cell phone struggling, drum playing, Mario Kart driving and entertainment system deconstructing, we’re pooped. The picture below describes it well. I thought I’d post our Christmas letter for this year as an easy blog entry…

Truly, best wishes for a wonderful, merry Christmas! May the joy of knowing Christ as the Savior of all humanity revive your heart and devotion.

“Glory to God in the heavenly heights; Peace to all men and women on earth who please him.” (Luke 2.14, The Message)

Can one moment define a whole year? Or better asked, can a series of small moments obscure sight of the broader horizon? Only if you let them.

Such is our perspective this December as we try to communicate with you all the myriad wonderful, surreal, laughter-wrenching, tear-drenching moments of this year. 2008 has been such a wonderful journey for us; however our reflections are tainted right now by the circumstances we’re currently facing. May this exercise of looking back in review serve to encourage us all as we see the forest instead of the trees. 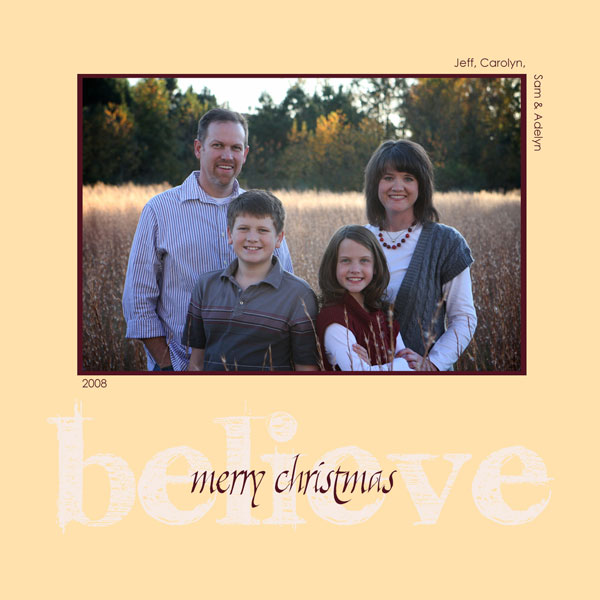 2008 included amazing new developments in our kids’ lives. Adelyn loves fourth grade and having the elementary school to herself now that Sam has moved up to the middle school. She made the All Star team in softball her first year. She also continued her swim team career, accumulating quite a collection of blue ribbons. She danced in December in Ballet Arkansas’ performance of the Nutcracker for her second year. Her music career continues in dramatic fashion behind the doors of her room and in the shower – usually at the top of her lungs. She’s been devastated twice this year with animal losses. We gave Fancy the chihuahua away after it bit another child; then our cat Smokey was run over one day while she was at school. Thankfully, some great friends who rescue dogs had the perfect dog for her and us – a beagle/lab mix that is loveably mellow, named Bailey. Adelyn was especially excited recently when Sam announced after the first middle school dance that he “has a girlfriend now.” She was dying to get all the details and help her brother out.

Sam played baseball again this year (when has he not?!) and then this fall returned to playing peewee football after a year hiatus. His team went undefeated. He and Jeff are playmates whether it’s outside throwing the football or inside on the Xbox. Jeff finally let him get his own Xbox Live membership in which he can play online against his friends. He participated in 4H shooting sports again this year and showed great improvement. He was especially glad to be able to use his own bow, which he got for Christmas last year. He has been deer hunting several times this fall with our friend Tim Chase, who we’re very thankful for. He also got to go hog hunting for the first time with our friend Ralph in Texas.

Jeff & Carolyn finally attended Passion again – a collegiate worship event – with the BCM at UAM. Carolyn loved it, though Jeff got sick and spent all day Saturday in his hotel room. Carolyn’s photo business has really become an extremely full-time job for her. In addition, she began working at a local gift shop this fall to make some extra money. She loves the folks up there and reallyenjoys being around people instead of behind a computer all the time. Over the summer she and the kids got to spend quite a bit of time in New Mexico and Texas in July and August. She has also enjoyed discipling one of the college gals at UAM who she’s become great friends with. She started a “cooking club” again so that she really only has to cook one night a week, while we enjoy home-cooked meals by someone else another two nights a week. Carolyn went in for a routine PET scan on November 3. The results were disconcerting. Three areas of activity were revealed. To make a long story short, we are currently facing known breast cancer and are still in the dark as to whether lymphoma is back.

Jeff was asked to be a judge at the district quiz bowl that was hosted here in Monticello. In April, he went to Orlando by himself to get away and attend the Exponential Conference for church planters. It was at a real low point after an extremely difficult 2007. Jeff was renewed and blessed but returned to face some hard decisions. One special event that happened this year occurred a few months after Jeff’s moped “Ghost” was stolen from our carport. The church, family and friends collaborated and raised enough money to buy him a new one; it’s black and was promptly named the “Batmoped.” Jeff and the BCM staff went to Glorieta together in August where he taught a seminar on Using the Internet for Influence. When school started, he agreed to serve as the “Top Dog” in the WATCH DOGS program at Adelyn’s school again. He was thrilled to travel to Poland on a church planters’ Discovery Trip in October, and he has already begun making plans to lead another team back as he seeks to help mobilize people for ministry in Central & Eastern Europe. He attended the Arkansas Baptist State Convention in November, he said “for the first time voluntarily” and enjoyed getting to meet some new church planters as he helped organize a lunch with author and leader Ed Stetzer, whom he met on the Poland trip.

Journey Church has had a great year, though not without some growth issues. The last two years of our lives have been extremely difficult to walk regarding ministry and relationships. Without going into details that might be hurtful to others, suffice it to say that we’ve learned more about people in the past two years than in the many before that. Journey aligned itself with the Southern Baptist Convention in January, and in March, we got to attend a wonderful marriage retreat hosted by the State Convention for free. In addition, late this fall we began receiving some supplemental income support from the state convention and the North American Mission Board which has allowed Jeff to essentially “shut the doors” on Noble Design. He’s been yearning to focus for so long. Journey will be six years old in 2009. We’re so grateful to have witnessed so many people forsaking religion and embracing a love relationship with Jesus Christ. Jeff and others in our church were privileged to baptize seven just in the past few months. 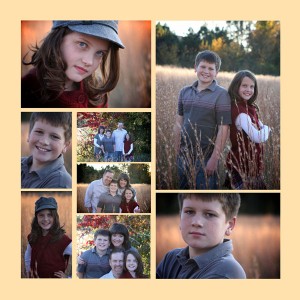 It’s really amazing to consider what has happened this year. Our calendar has been extremely full, but it’s what has been going on in our hearts that has taken up more room. From the stress and strain of trying to lead a growing church to new health issues that hurt the heart more than they affect the chest, it’s only on paper and through dragging our eyes back across a full calendar that we can see broader brush strokes. Right now, however, we are caught up in this very hour of struggle.

We simply choose to lift our eyes above this present darkness. We have met and fallen in love with Jesus Christ, and it is His birth that always catalyzes our reaching out through cards and year-end letters to share life, joys, and struggles. It is He that we are clinging to, and it is because of our great certainty and hope that hardship with Him is better than treasure without that we can honestly, fully, and joyfully wish you a very Merry Christmas indeed.