Say welcome to Carolyn Noble, my BFF and FFB (forever favorite bride) of 21ish years. Carolyn and I met in college. I was smitten with her from early on, but I had no idea she’d not only be my bride but also my hero. We’ve been through a lot together. I feel sometimes like we’ve lived three lifetimes together with all the challenges and experiences we’ve had. (You can read Our Story here.)

Caro blogs occasionally with Kristy Hales over at itsneitherherenorthere.com. She tweets as journeygal. I was delighted when she agreed to write an entry for this Back 2 School series. Enjoy! 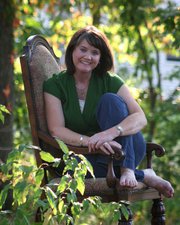 After reading Amy’s entry about Dear Freshman Amy, I couldn’t really focus on what I wanted to say. Her words were powerful and sincere. I want to print off her letter to herself and save it for my kids. It was priceless.

I thought long and hard to find things that college did not teach me and I really could not find one thing. What I did find was that there were many things I learned in college that were not found in a textbook. I would like to share those.

God does know the plans for us. He is in control. I would do it all over again, the same way, even though there were some rough spots. What I learned in college was not only found in the many text books. It was the people and experiences God set out for me. I wouldn’t trade that education for anything.