‘Nuff Said: Improving Your “Do,” Things to pray for your kids, 20 things you shouldn’t do if you’re over 20, 30 things you may already be doing that impress others, when a cult repents, too much phone? and Star Trek

As always, “Nuff said” posts are a conglomeration of things I’ve collected from the inter webs, usually via Pocket. I’ve been using nuff said in my writings since I wrote a humor column for the OBU Signal while in college. It’s a nod to Stan Lee in Marvel Comics, who used the phrase in many Spidey issues.

Bradley Wright points to a famous social experiment in the 1990s by sociologist Peter Gollwitzer who wanted to find out when someone’s intentions to do something actually resulted in them doing it. Randy Travis had already observed that “the road to hell is paved with good intentions.” Your case may not be that drastic, but you may have neglected to do something that you intended to do, and it’s a result of “implementation intentions,” according to Gollwitzer.

What he discovered is that if you nail down when you intend to do something, you’re much more likely to do it.

Wright points out that many Christians struggle with obedience issues and wonders whether it might be the result of poor implementation intentions:

Sometimes I wonder if we Christians are unsure of detailed planning because it feels unspiritual. For example, James 4:13 warns against being sure about what will happen in the future, for we don’t “even know what will happen tomorrow.” For many Christians, a key feature of the faith is following God’s direction and doing his will. “Not my will but yours,” or some variation of it, has got to be in the top 10 of prayers uttered by Christians.
What does it mean, then, to follow God’s leading and still also make detailed, effective plans for the future?

7 Things to Pray for Your Children

Jon Bloom over at the Desiring God blog offers some great ways to pray for your kids, but he also points out that what we pray for needs to be informed by what God wants for our kids:

“…prayers are not magic spells. It’s not a matter of just saying the right things and our children will be blessed with success… We must not too quickly assess God’s purposes because they can be opposite of our perceptions. God measures success differently than we do, which is why he often answers our prayers in ways we don’t expect. So pray for your children.”

Here’s a nice printable version of the seven things to pray.

20 things people over 20 should stop doing

Jarrid Wilson offers a list that is humorous at times but mostly just sad. If you’re over 20, and you’re doing these things, do the human race a favor and stop. Here’s a few that caught my eye:

What caught your eye, or what would you add to the list?

A similar article was Things That 20 Year-Olds Don’t Get that I wrote about here (back when I was using the phrase “a la carte” for my conglomeration posts).

Lifehack.org has some of the best, most helpful and even fascinating articles. Kathyrn Mott collects a rather long list (30) of things that you can do to impress folks, and it doesn’t take much effort.

Here’s a few that I completely agree with (and try to do intentionally):

What are simple things that others do that impress you? I’d add to the above list:

When a Cult Repents

I agree with Wade Burleson in his post about “much of what passes as orthodox Christianity in evangelical circles is as cultic in behavior as unorthodox, Trinitarian-denying cults.” The story of the inner transformation of a former cult, The Worldwide Church of God, to doctrinally sound movement is worth being aware of. Never write anyone off…

Over the past twenty years, leaders in the WCG have renounced the beliefs of their founder Herbert Ted Armstrong, adopted a Trinitarian view of God, emphasized the grace of God in delivering sinners (instead of obedience to God’s law), and changed their name to Grace Communion International. 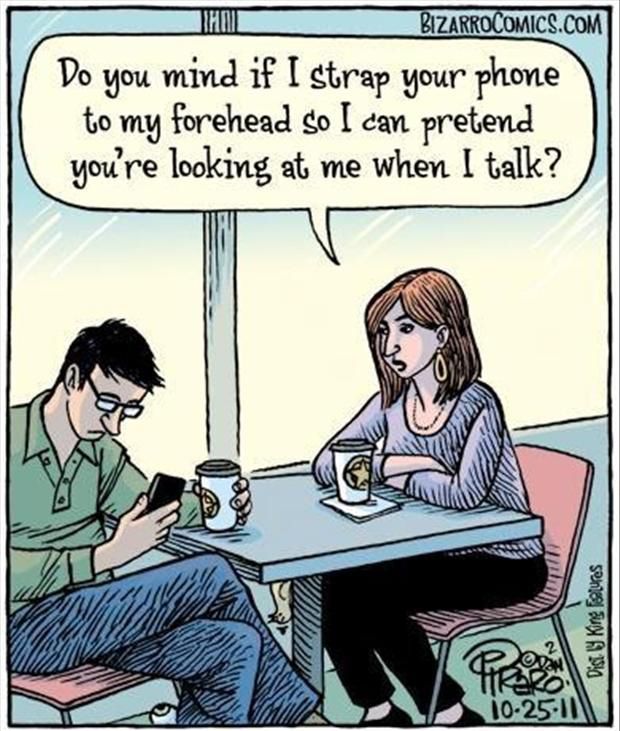 7 Signs You’re Looking at Your Phone Too Much

You know the feeling. That uncomfortable realization that one or more of the friends in your social circle are on the phone too much. You don’t know what to say. Then your own usage begins to change – for the better – when you resolve to NOT be like your friend.

I’d encourage you to read, evaluate and share this article for a sober assessment of whether your phone is a relational hindrance in your life. You may not realize it, but your reputation and character are taking a huge hit every time you take out your phone. Call it social erosion. People are frustrated with you.

You may be high tech, but you’re truly out of touch. As Barney Fife urges, “Nip it in the bud.”

Star Trek images That Will Make You Shatner Yourself

And this was shared on my Facebook wall this week. I also saw this article: 25 Facts Even Trekkies Probably Didn’t Know About Star Trek. The first one? Captain Kirk never said, “Beam me up, Scotty.” Mind blown. 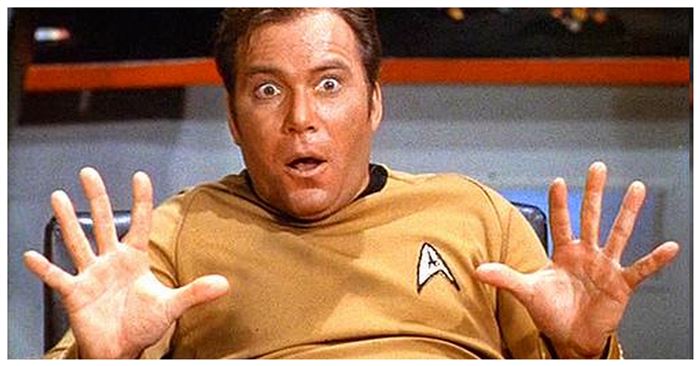