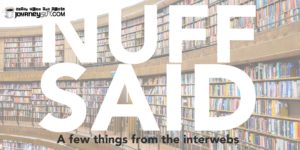 Stormy Daniels vs. Trump — Here’s why conservative Christians are sticking with the president

No doubt some Christian leaders have gone too far in rationalizing Trump’s past personal behavior and excusing his offensive comments while in office. He is a deeply flawed man. But Trump does have one moral quality that deserves admiration: He keeps his promises.

Trump’s election came as religious liberty was under unprecedented attack. The Obama administration was trying to force the Little Sisters of the Poor to violate their religious conscience and facilitate payment for abortifacient drugs and other contraceptives. During oral arguments in the Obergefell v. Hodges case, President Barack Obama’s solicitor general told the Supreme Court that churches and universities could lose their tax-exempt status if they opposed same-sex marriage.

Hillary Clinton promised to escalate those attacks. In 2015, she declared at the Women in the World Summit that “religious beliefs … have to be changed” — perhaps the most radical threat to religious liberty ever delivered by a major presidential candidate.

We Are A Nation Of Depressed People. Let’s Stop Ignoring The Spiritual Roots Of The Crisis

The suicide rate among adolescents has jumped by 70% in recent years. The suicide rate for all age groups has risen dramatically, and now stands at a 30-year high… Today, one in six Americans takes some kind of psychotropic drug… By reducing depression to nothing more than a chemical event, we have reduced the human conscience to nothing more than a chemical event. By taking a materialistic view of depression, we take a materialistic view of humanity.

But anyone who has faith must recognize, plain as day, that the source of this man’s emptiness is emptiness itself… It is a dangerous procedure to remove despair from a man without addressing the reason for his despair… Before we began our societal campaign to medicalize everything, we used to refer to depression among the religious as a “dark night of the soul.”

The Rise Of The Same-Sex Marriage Dissidents

In March 2014, Brandon Eich was named CEO of Mozilla, the company that makes the web browser Firefox. On April 1, he was forced out due to his opposition to gay marriage. I selected this article for Nuff Said because it’s profoundly worth digesting four years later.

Eich wasn’t hounded out of corporate life because he was wrong. He was hounded out of corporate life because he was right. His message strikes at the root of a popular but deeply flawed ideology that can not tolerate dissent… We also have a system that is demanding conformity, uniformity and discipline — it’s not just about marriage law, to be honest. It’s really about something much bigger — crushing the belief that the sexes are distinct in deep and meaningful ways that contribute to human flourishing… the push to change marriage laws is just one part of a larger project to change our understanding of sexual distinctions.

Perhaps advocates of the change should have explained at some point, I don’t know, what singles out marriage as unique from other relationships under this new definition. What is marriage? That’s a good question to answer, particularly if you want to radically alter the one limiting factor that is present throughout all history. Once we get an answer for what this new marriage definition is, perhaps our media and other elites could spend some time thinking about the consequences of that change.

Did we mindlessly put up red equal signs when we hadn’t even thought about what marriage is? Did we rush to fit in by telling others we supported same-sex marriage? Did we even go so far as to characterize as “bigots” or as “Hitlers” those who held views about the importance of natural marriage?

“I am afraid and therefore unquestioningly obedient.” All of a sudden those Facebook signs, those reflexive statements, those cries of “Bigot!” look less like shows of strength and more like shows of weakness.

Finally, a church deals with gluttony (kind of)

When I saw this typo in a church bulletin I laughed. Mostly because I am not as mature as you. Things like this tickle me.

It’s graduation time, and students are off for the summer. This article offers a great summer reading list for three genres of students:

I’m a nerd. I know, but these always make me chuckle. Hard to believe that this video series is 10 years old.