Nuff Said: Tulsi Gabbard’s takedown of HRC, the ideal length of every social media post, the danger of expectations, the myth of dying Christianity, and Bad Lip Reading by Joe Biden

This week, Democratic Presidential candidate had enough of Hillary Clinton’s untruths. She responded in force on Twitter when HRC claimed on a  podcast interview that Gabbard was a Russian asset being used to divide the Democratic Party:

Great! Thank you @HillaryClinton. You, the queen of warmongers, embodiment of corruption, and personification of the rot that has sickened the Democratic Party for so long, have finally come out from behind the curtain. From the day I announced my candidacy, there has been a … concerted campaign to destroy my reputation. We wondered who was behind it and why. Now we know — it was always you, through your proxies and powerful allies in the corporate media and war machine, afraid of the threat I pose.

It’s now clear that this primary is between you and me. Don’t cowardly hide behind your proxies. Join the race directly.

Whew. Clinton is a fan of blaming others/anyone for everything. Whether it’s calling people “deplorables” for wanting a more conservative approach to government, economy, and our legal system, she has been at this a long time. I use Pocket to save articles I’ve read and then resurface them here. I am still working through articles from 2016. Consider this gem from the American Thinker in 2016. Still freshly stung by another political defeat (and not being able to conceive that the problem may lie with her own candidacy and integrity), she uttered this wild and still unfounded whopper about Russia:

“Vladimir Putin himself directed the covert cyber-attacks against our electoral system, against our democracy, apparently because he has a personal beef against me. Putin publicly blamed me for the outpouring of outrage by his own people.”

HRC reminds me of Jan on the Brady Bunch and how she was so jealous of older sister Marcia’s successes. “It’s always Marcia, Marcia, Marcia.”

She can’t seem to not make it about her when someone else is experiencing success in areas. Watch out, Tulsi.

What’s the ideal length for social media posts and headlines?

In a comprehensive (though bit dated article – help me find the latest!), this post/infographic is helpful for those who engage with others on social – especially for organizations and businesses:

For the state of social media in 2019, check out this research.

7 Things You Should Stop Expecting from Others

Marc Chernoff has a helpful entry here about how misplaced expectations inevitably create disappointment and cause relational stress. I’ve learned in the past few years to embrace the principle of assuming the best. However, Chernoff recommends tempering that optimism with “Hope for the best, but expect less.” If you can guard against pessimism, I think his caveat is wise. Here are his seven points, but I’d encourage you to read the explanation behind each:

Expectations. It’s always helpful to evaluate what you expect from others. You may be surprised to learn that some people in your life always exceed them. They are those folks that you thoroughly enjoy being around. Others may be inexplicable drains on you, and upon reflection you may realize that they are the ones that consistently let you down. Don’t avoid them; graciously communicate your observations and help them grow.

Is American Christianity on Its Last Legs? The Data Say Otherwise. 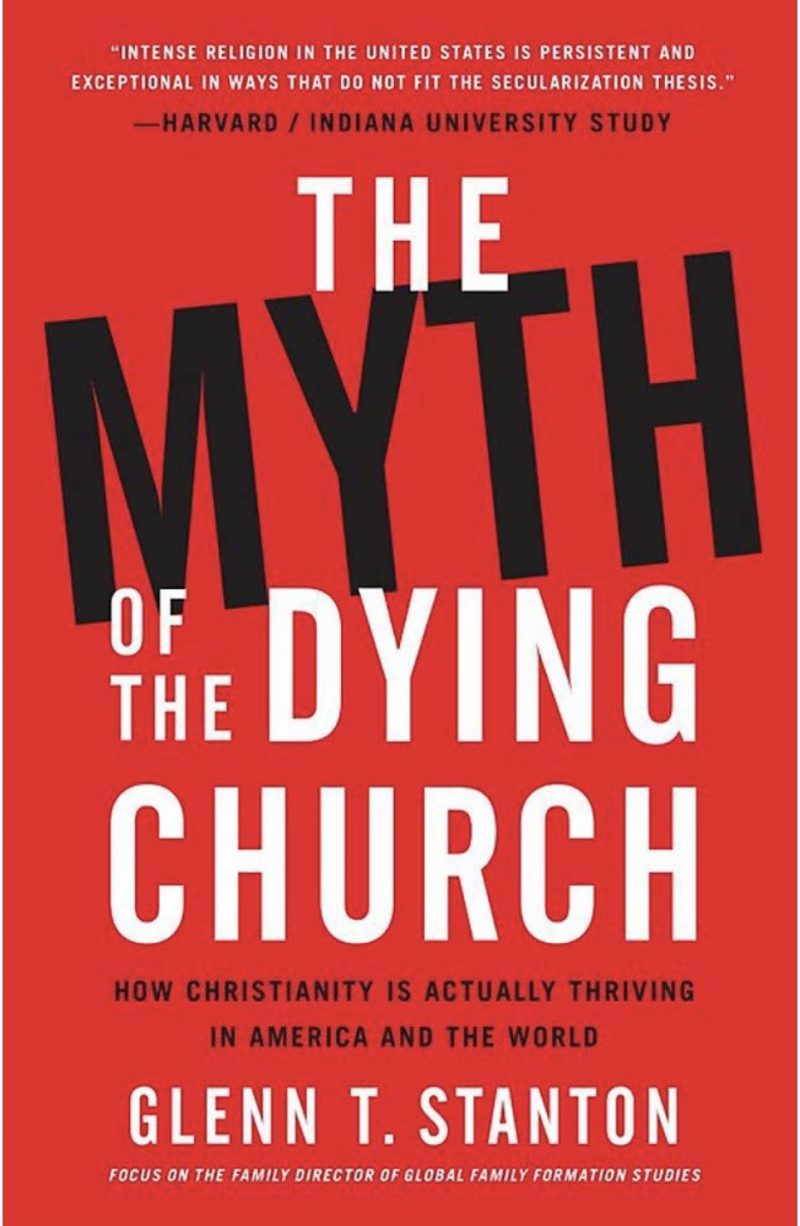 This article at Christianity Today reviews two new books that offer a much different narrative than the one foisted on the public through media and even easily believed by Jesus’ followers in America.

In The Myth of the Dying Church: How Christianity is Actually Thriving in America and the World, author Glenn Stanton offers a different perspective. “Stanton’s portrait of resilience is one more strike against the widely held narrative of evangelical failure. This failure narrative is surprisingly resilient. It spreads in the minds of Christians like dandelions. After reading Stanton’s analysis, it’s clear that Christianity is not on its last legs.”

The other reviewed book in the CT article is You Found Me: New Research on How Unchurched Nones, Millennials, and Irreligious are Surprisingly Open to Christian Faith by Rick Richardson. “Richardson finds that many unchurched Americans think well of Christians and are open to engaging matters of faith. For example, 42 percent of the unchurched think that Christianity is good for society, 33 percent admire their Christians friends’ faith, and up to 67 percent would be willing to attend a church event (depending on the type of event). Richardson concludes that the unchurched include “a massive number of people who are open to being invited, persuaded, and connected to a local congregation.”

The overall tone from both books is similar to the message communicated by sociologist Bradly Wright in his 2010 book Christians Are Hate-Filled Hypocrites… and Other Lies You’ve Been Told.

As always with these “Nuff Said” reviews, I hope you’ll leave a comment, share a link or tell me what you’re thinking related to each post.