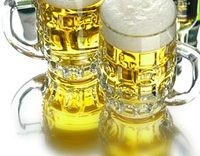 After a post at MonticelloLive regarding the local VFW applying for a liquor license, Mark posted about the use of alchohol in general. Rather than posting this over at his blog and taking up cyberspace there, I’ll risk the comment explosion and post it here. You’ll have to read his entry and the following comments there to understand what follows. At markverse, it was implied that some of my comments there may be presumptuous or prejudiced. I had said there:

Working on the college campus for many years obviously allowed me to see too much of the latter and to little of the former. Very few adolescents and those stuck in post-adolescence demonstrate the ability to restrain themselves from having one too many (or 10 too many). For these, I default to the law. Obey the laws that govern you. Scripture emphasizes the same. There is no argument for drinking for a 16 year-old at present. In the same light, we live in a democratic society, some segments of our country demonstrate different mores than others. Monticello has historically voted to be a dry county. Regardless of our opinion of that, if we live here, we are bound to obey the law and wishes of the majority. Should that restriction ever be changed, then we will all have more opportunity to see the impact of alcohol on small rural towns in the south (ever been to Dermott?). The current demographics of our area do not seem to be conducive to the total population holding their liquor well.

I can see how a casual reading of that may lead one to think I was implying something about the people living in our area; however, it’s a known, researched fact that alcohol and drug abuse occurs at higher rates in rural areas than in urban ones, mainly among youth. The use of the word "demographics" was in that light only – a statistical one. I made no conclusions about it. Consider the following: "On average across all age groups, residents of large metropolitan counties have the highest rate of illicit drug use (7.65 percent), followed by nonmetropolitan (5.8 percent), and completely rural counties (4.8 percent). However, the prevalence of illicit drug use among youth reveals an emergent trend-14.4 percent in rural areas, 10.4 percent in counties with small metropolitan areas, and 10.4 percent in large metropolitan areas. More specifically, growing evidence suggests that for certain substances such as alcohol, methamphetamines, and inhalants, usage rates are higher among rural youth than urban youth." It has also been shown that the likelihood of substance abuse decreases with age.

Karen VanGundy at the University of New Hampshire’s Carsey Institute did a recent study that showed:

VanGundy draws three overall conclusions from her research:
1. Alcohol use and abuse are part of the rural (and urban) societal norm. The adults do it; why shouldn’t we?
2. The kids are bored with “nothing else to do.”
3. Rural areas lack many of the preventive and treatment services found in urban areas. 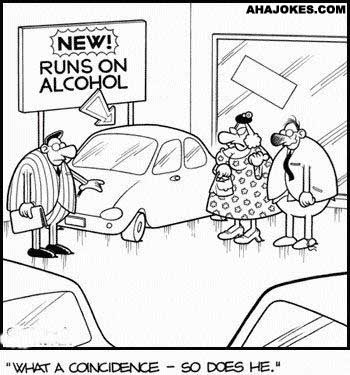 The report shows that states with the highest rates of alcohol abuse among youths have the greatest unmet need for alcohol treatment and these states tend also to be the most rural.

More and more colleges are attempting to address the issue head-on, as is the University of Lethbridge. However, I would point out that the argument about parts of Northwest Arkansas being the fastest growing area of the state being associated with it being dry are probably fallacious. Rogers has almost 90 private clubs that are licensed to sell alcohol, and sources say that the area is probably the wettest "dry" county in Arkansas. In addition, it’s very true there’s a lot of tax money in alcohol. "A 2004 study by the University of Arkansas looked into the economic impact of legalizing liquor sales in Benton County. It was paid for by Bill Adams’ group, and it found that the county is losing over 28 million dollars in sales each year to surrounding wet counties." (Source)

I am not against alcohol or the drinking of it. I, like Dean, have chosen to personally abstain from it in this culture in order not to offend. I’ve found I don’t offend anyone when I choose not to drink. The same can’t be said of a choice to drink for me. I also choose not to allow other’s choice to drink to offend me. It just doesn’t bother me.

In Europe, drinking is ingrained in the culture. Dynamic, evangelistic churches there don’t think twice about members who choose to drink. The biblical injunction is about drunkenness. Drunkenness is not so much about the alcohol as it is about the lack of self-control of the drinker. However, many who drink still have difficulty in determining for themselves of when they’ve had too much. I’ve never been a drinker, so I don’t understand that. I think the least we can say from Scripture about wine is that consistent use of it is not wise:

These summarize the essence of what the Bible has to say about alcohol. As has been said in other places, the alchohol itself is not the problem. In fact, as a drink, in moderation, it should be received with gratitude and joy. The Bible says far more about our character and the choices we make than it does about things being evil. Even in the list of qualifications for leaders in the church in 1 Timothy, it simply says that deacons are not be drinkers of much wine. In other words, it’s not required for them to be teetotallers. And I don’t think anyone specifically is "grousing" (isn’t that a great word?). I said in my comment at markverse: "let’s all quit grousing." The intent of my comment there was to simply encourage all of us to make a difference rather than type about it. I appreciate the fact that so many of thinking deeply about this issue and reevaluating how we relate it to our community.

As far as what started all this… the VFW, I had no real opinion about it at first. However, when I learned about those that struggle with PTSS and looked into that, I must admit that made my opinion more polarized.