Our Story, a voice in the whirlwind

I honestly don’t remember a lot of details about that long school year, 1991-1992. It was my first year at seminary, and I was apart from Carolyn, who was undergoing radiation treatment every day for nine and a half weeks. She was also trying to cram four years of college into three and prepare for a marriage to yours truly. There were so many people who carried us during those hard months.

It was stunning to receive hope, care, and prayer from some of the most unlikely places. I think as soon as the words, “Jeff, it’s cancer,” left Carolyn’s mouth on that dark day for us, our Lord began to marshal spiritual and earthly forces in our favor. While we would be drug through an extremely trying and intense hardship in our budding relationship, we would not face it alone.

I can remember receiving cards in the mail from extended family and strangers, all affirming their love and prayers for us. Carolyn received the bulk of the notes, calls, and encouragement, much of it coming from churches and people neither of us had ever met. On our hardest days, we were always shocked to discover that someone, somewhere was “watching our backs” in prayer.

We had more than one person who took this thought from scripture and apply it to us:

There were many dark moments. Most of them were the result of the uncertainty of our future and the betrayal of our emotions. The radiation treatment took its tool on Caro several times as she was simply overcome with total spiritual and emotional exhaustion. I can remember more than one late-night conversation in which she would call and as we were on the phone, her mood would literally swing from steep highs to deep lows. There were several tearful conversations in which she would relate in emotional anguish that she just didn’t “feel anything” for me and that perhaps we should not proceed with our marriage plans or relationship.

With me in Tolar and her in Arkadelphia, it was an emotional roller coaster. There were a few times in which we hung up the phone that evening in tears, neither of us knowing if, after a night of sleep, we’d be “together” the following day. Every next day, however, we rediscovered what tender spiritual salve was found in God’s mercies, which are “new every morning.” We discovered the soul-healing power of our relationship with Jesus Christ in those days, and it was on the immoveable foundation that our relationship together was built, brick by brick. 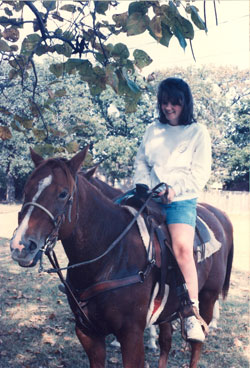 We also learned in those hard days that our emotions simply couldn’t and would never be adequate to carry us. Love was not something to be “felt” or to be “in” but love was something to commit our life to. We found in those days that there were many moments in which we our feelings failed us. However, with a clarity that is only born in trial, we learned that true love is not just a commitment but a Person. When we laid all our cares and being before our loving God in prayer and helpless surrender, we would find strength, in the moment to move forward. At times, God’s strength appeared in our ability to face the future with a determined smile and joyful attitude. Our friends and family often expressed amazement at how we were handling things. At other times, God’s gracious strength was provided simply to enable one or the other of us to go to sleep that night rather than stay up and “waller” in our emotions (those in south Arkansas certainly know what wallering is; for the rest of you).

In the middle of it all, we went through premarital counseling (and boy did we need it!) with Scott and Judy Duvall, and we set a date for our marriage of May 30, 1992. Caro was also set to graduate on May 10. As we entered the spring semester, I also began to talk with our mutual friend, Kevin Wieser, about the possibility of going to First Baptist Church of Garland, Texas to serve as a youth ministry intern under him. He had recently begun serving there as the youth minister. 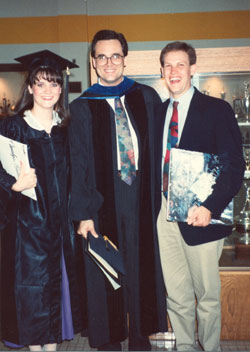 While it seemed like forever at the time, Caro concluded her last radiation treatment, and CT scans showed no enlarged lymph nodes anywhere! Her incredible Christian physician, Dr. Larry Mendolssohn declared her cancer-free, and we celebrated. Caro had driven out to visit at one point that spring with a friend of hers, Missy (whom we tried to set up with a friend of mine from the children’s home), and we had a wonderful, hopeful weekend as we laughed with each other and our friends, as well as made plans for the next several months.

As May rolled around, in true Noble fashion, we not only had a graduation but a wedding to enjoy, and after a series of conversations and prayer, we had decided to join Kevin in ministry in Garland. So we were preparing to begin our new life together in a new city, in a new home, and with renewed hopes.

We had no idea how God would bless us and rebuke me in the next few months.