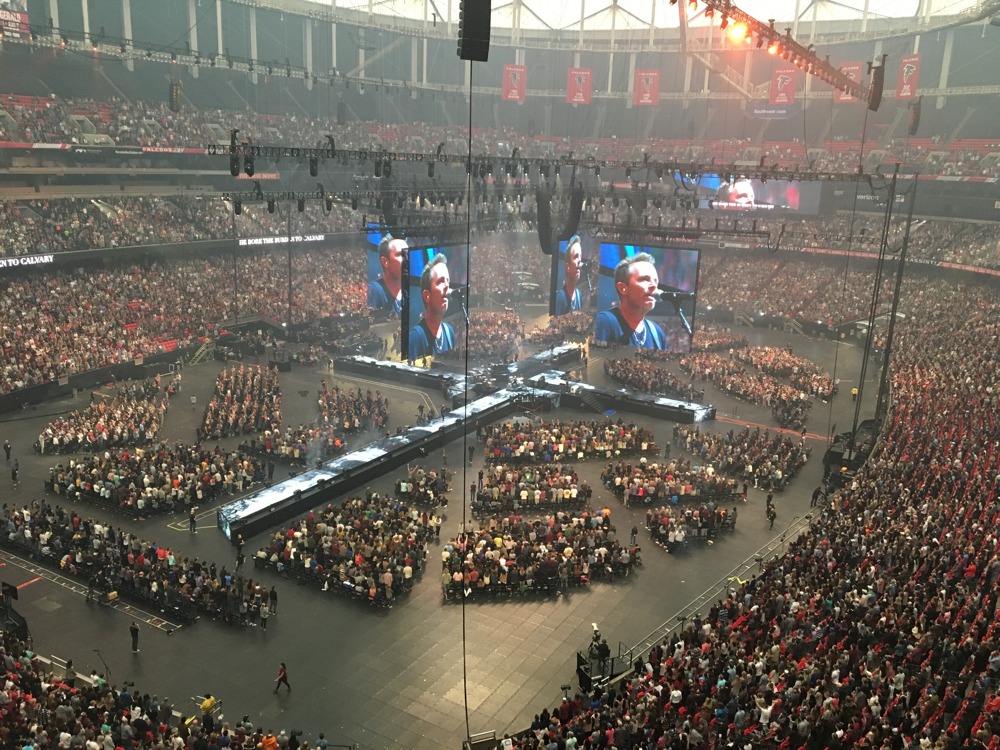 In 1997, I took a small group of students to Austin, Texas for a new Christian conference just for college students. It was called Passion ’97. Louie Giglio led it. Louie had been the college minister at a church in Waco, Texas, where he had created a weekly worship service for students called Choice. It grew into a large gathering, and college ministers across the nation were trying to mimic its pattern. Passion ’97 had 1800 students (or so) present, and we thought it was monumental for collegiate ministry.

I spent the first week days of 2017 at the 20th anniversary of Passion. 55,000 students gathered to worship and seek God together at the Georgia Dome in Atlanta. It was surreal to worship with another generation of students, as a pastor, in a different state and reflect on how God has impacted my life through this movement and ministry with collegians.

What I encountered at Passion ’97 revolutionized my approach to ministry. Here are two lessons I learned then: 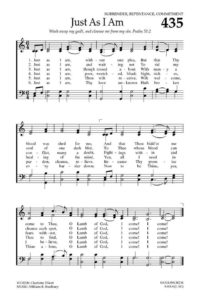 Worship must be authentic. I turned 29 years old right after Passion ’97. I had grown up in church, specifically of the Southern Baptist tribe. I was conditioned that worship must be orderly and reserved. The worship minister would wave his hands, directing us like a choir, while we sang. We thought it was normal. We used hymnals to read the words, and the truly spiritual among the congregation would actually know how to read the musical notes and sing harmony. Often it was beautiful. Sometimes it was thoughtless. When we were all really moved by God, the worship minister would sense it, and we’d sing all four verses of the hymn (instead of just the first, second and last).

It was worship by prescription rather than worship from affection for most of us. While some of the hymns were deeply theological, they were not sung or led in a way that helped us adore God.

This generation of college students doesn’t remember the worship wars of the 1980s and 90s. When “contemporary” worship began making inroads among churches. And wrecking others. A worship leader would attempt to introduce “praise and worship” music into a church that had dined exclusively on hymns, and the result was often a heartbreaking conflict between generations. Young adults wanted to worship in new ways, with a different style and were often uncritical of lyrics and methods used. Older adults circled the wagons to protect and defend the form of worship they’d grown up and were comfortable with.

While I’d been exposed to “contemporary” worship in youth group and at college, I had not experienced authentic worship that I found at Passion ’97. It wasn’t just a new style of worship that was upbeat with different songs and video projectors. The heart behind the music was to lead people to worship God. There’s a huge difference in leading worship and leading people to worship. One involves waving hands. The other involves bowing hearts.

I found myself raising one hand as I poured out my heart to God in affection and praise in Austin. (I wasn’t quite brave enough as a good Baptist boy in 1997 to do the two-handed touchdown worship hand lift). I witnessed a crowd of college students and leaders experiencing the presence of God as we worshiped. I knew then that I couldn’t go back to rote, repetitive worship – whether through hymnals or through “contemporary” worship. 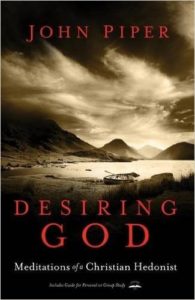 God’s glory must be preeminent. I first heard John Piper speak at Passion ’97. I had a hard time with him initially. He spoke in ways about the glory of God I’d never heard. In fact, I wonder if I’d ever heard a preacher preach and speak with passion about God’s glory in the ways that Piper did.

My encounter with Piper led me to read Desiring God which, to this day, remains one of the most influential books of my life and ministry. The reality that God is most glorified in me when I am most satisfied in Him awakened my heart to seek joy in Christ more profusely than ever before. 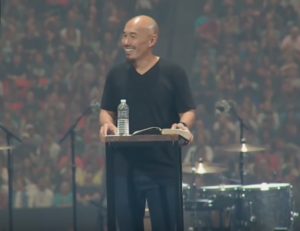 This year, the three speakers that spoke most deeply into my heart were John Piper (still preaching strong!), Francis Chan and Levi Lusko. Here are three thought bombs for you, with links to their messages on YouTube:

“The ultimate evil is to lose a taste for God, to fail to treasure the glory of God above all things.” (Piper)

“We are terrible hopers. One of the most destructive practices of your generation is that you value your thoughts too much.” (Chan)

In addition, the interview with Jay and Katherine Wolfe was deeply impacting. Katherine suffered a massive brain stem stroke when she was 26. Their story is told in their book Hope Heals. In their interview, Katherine said, “Cherish your suffering.” Such a powerful statement from the lips of one who is seeking daily to practice such a paradoxical posture of heart was profound. (Wolfe)

In 1997, we didn’t have kids… yet. Sam was in Carolyn’s belly that January and was born that March. Adelyn was born in 1999. Both my kids were at Passion 2017, 20 years later. It was a surreal experience to watch them being shepherded deeper into a love relationship with Jesus through the messages, worship and the influence of our church’s ministry leaders.

Grateful is an understatement. Over the years, I’ve wondered about the Passion movement, some of the speakers, cringed at a few of the songs, or scratched my head about Christian “fashion” (can we say “Louie’s jeans” together?), I still have to park my heart in grateful mode. What I’ve gained is greater.

These are strange days. The U.S. intelligence community claims that Russia hacked the Democratic National Committee’s emails and servers (including Hillary’s) to expose corruption and influence the 2016 presidential elections. Whatever.

On Thursday (the day after Passion 2017), I was delighted to discover that the music and the speaking sessions were uploaded already to YouTube. The account appeared to be Russian. Wow. Here’s the link for the worship playlist from Passion 2017.