I preached on 1 Kings 15-16 at our church this week in our series on Kings and Chronicles. It was a tough message since these national leaders all led the nation further away from God. 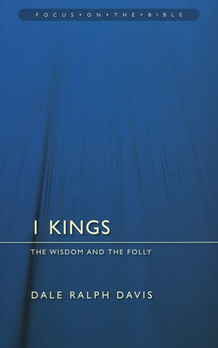 I quoted from Dale Ralph Davis’ commentary on Kings about the boring, repetitive cycle of sin that each king followed and had several people asking me about the quote afterwards. Here it is:

“They’re boring because they are the records of sinful men who siimply repeat the sins and evil of those before them. Sin is never creative but merely imitative and repetitious. Maybe you can sin with flair but you can’t sin with freshness. You can only ape what’s already been done. Goodness has originality inherent in it which evil hasn’t got. Evil can distort and ruin and corrupt and do re-runs, but it can’t be original, nor even scintillating. Evil carries a built-in yawn.” (Davis, 179)

Mundane repetition of deeds done that may for a moment satisfy, but the other part of the cycle is the dulling monotony of evil and the certainty of guilt, anguish, regret and despair. Too long in the cycle and your conscience is abused to the point of no longer raising an inner voice of objection, and you are a dead man walking.

“How often Christians fall for the if-only heresy. If only we can get another regime in power, another administration elected, another party in control, then.. Then what? Then there will likely be more of the same. We are slow to get the point that our help is in the name of the Lord, not in the next election. The church repeatedly practices the idolatry of change.” (Davis, footnote, 179)

If you’re interested in the commentary, it’s fantastic and been my number one source in our series.

You can listen to the message here.