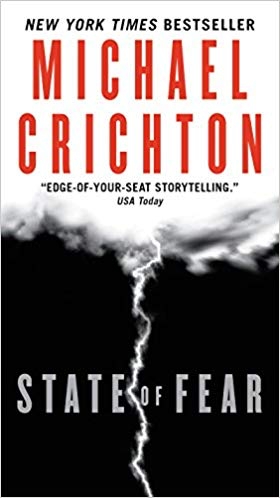 I’ve always enjoyed Michael Crichton’s work. I mean, the guy who brought us Jurassic Park is simply a great storyteller. However, in State of Fear, he pulls back the covers to reveal just how deeply many environmentalist groups have bedded down with political causes.

Not only does he create a page-turning story, but he sheds light with endless documentation on the question of global warming. Turns out, it’s become more politico-science than pure science, and there’s not compelling evidence available to suggest that global warming is caused by the human-industrial factor like the media and lobbyists would leave us to believe.

I appreciated being able to learn while being entertained. Few writers today can pull that one off.

In addition, there’s a controversy stewing around the National Association of Evangelicals and one of its leaders stating the global warming is an issue that evangelicals should count as important to address.