We’ve been so excited (and tired) the last couple of days. By the time we finally hit the sack here on Friday night, we’d been up over 30 hours. I didn’t sleep much at all on the planes – really just dozed here and there. The Erwins urged us to stay awake until 7:00p or so, and we made it to 9:30. A bed felt so good. 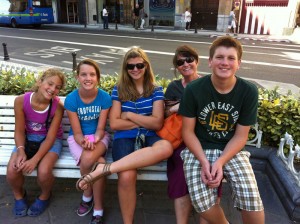 Saturday (and you can see the post I wrote for the Northstar Spain Team site below) was our first full day here. It was spent in orientation, more touring, and getting to meet some of the other workers here. I’ve been on several international trips before, but it’s always humbling to see it through someone’s eyes who has never been overseas. That joy is compounded when it’s your own kids. Sam and Adelyn are sponges. It’s been such a surreal experience introducing them to the world and how much God loves all people on this trip.

Here’s my latest post from the Northstar Spain Team site:
Saturday in Donostia was humbling and amazing. The team spent most of the morning in orientation getting ready for the kids’ camp this week. We enjoyed an incredible lunch of Spanish turkey and ham with Spanish lettuce on Spanish wheat and white bread. 😉 (Sandwiches always seem better overseas or if someone else makes them, and in this case it was both.)

After a morning full of orientation, we were able to see the Txat Room (“tx” in the Basque language gives you a “ch” sound). It’s a dynamic business that enables its American owners to engage the Basque people in the English language at an intentional conversational level that results not only in better skills for the customer but also in genuine friendships. We hope to be able to meet and engage some of the clients in conversation this week.

Another fun thing – hanging out with Tucker King again. He’s here assisting the Chat Room for the summer as well!

We rendez-vouzed with Clare Knickman for supper. Clare was part of one of the BCM teams to Spain and was offered a summer job here. We spent the evening playing on the beach, watching a breathtaking sunset. 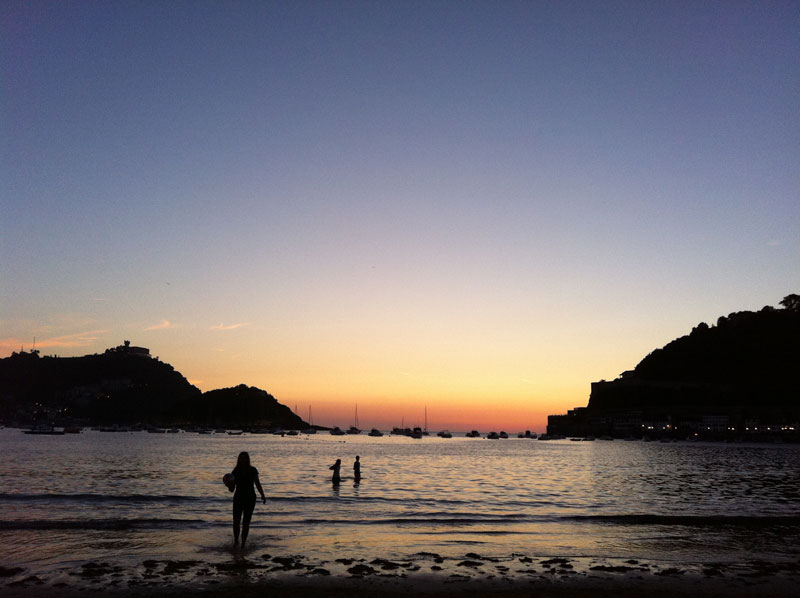