Snow and the Jonas brothers

The winter of 2015-2016 has been abnormally warm. It’s been incredibly disappointing for this snow lover. 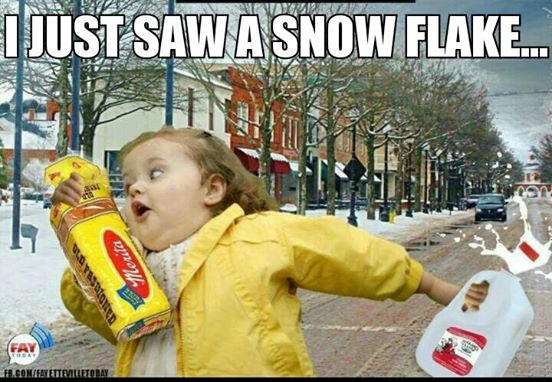 In fact, I may be a little snow-obsessed. I don’t know what it is, but if the weatherman says “snow,” I become giddier than a school girl who bumps into Taylor Swift at Payless Shoes.

You can’t imagine how enraptured I became when the possibility of snow this week transitioned into it being a named winter storm. Jonas.

However, with every segment that the Weather Channel aired, my giddiness transitioned to incredulity. Newscasters – I’m looking at you, Jim Cantore – began treating Jonas with more deference than Jesus. Jonas’ first coming was going to change the planet apparently.

Blacksburg Schools were canceled on Thursday – a beautiful, sunny day – I guess, to prepare for Jonas’ arrival?

The craze to grab bread and milk exceeded the run on Beanie Babies and Tickle Me Elmo dolls of years past.

Check out this time-lapse video one New Jersey store made of their bread aisle:

This CNN article Why milk, bread and toilet paper when it snows? suggests that for New Englanders, “”It was the monumental blizzard in 1978 that trapped many in homes for weeks that gets at least some credit for the current tradition.”

Well, it started snowing, and we rejoiced at the Noble house. We expected 18-24″ by all conservative accounts. By the time it had stopped mid-day Saturday, we had a little over 12″. Not a bust, of course, but not necessarily the #snowpocalypse2016 we thought we were getting. 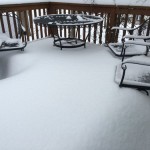 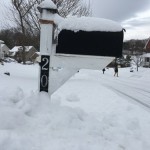 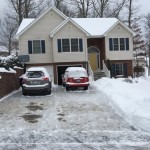 Another round of snow shoveling was required. While I shoveled, Carolyn went cross country skiing with our friend Jamie. They had rented skis from Back Country Ski & Sport on Thursday in preparation. After shoveling, I picked them up – they had not made it across the country, just barely across town. We grabbed more friends and went to watch the annual Virginia Tech Corps vs Students snowball fight:

For some other great videos of this amazing tradition: 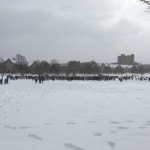 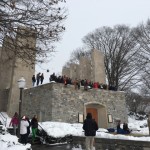 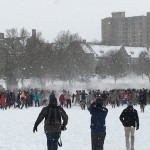 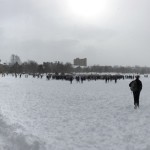 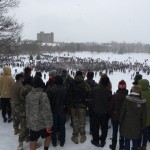 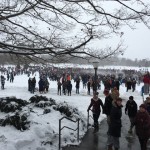 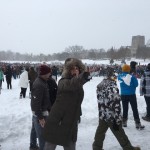 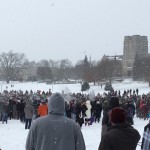 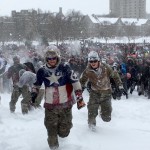 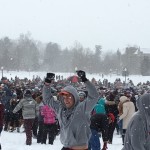 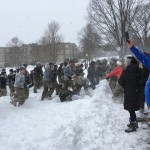 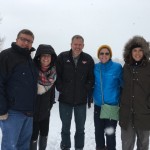 It began snowing again while we were out on the Virginia Tech Drillfield watching the snowball fight, and I began wondering if Jonas had brothers… Was this snowstorm done yet? 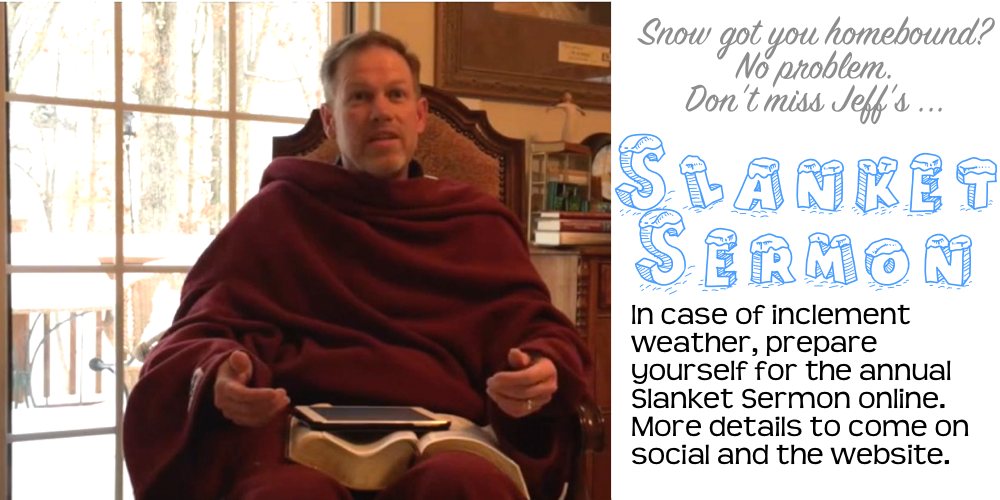 The only real downer is that we ended up canceling our church services for Sunday. We love our church family and are incredibly grateful for them. The upside is that it’s become a tradition – since we usually have to cancel a few services each year due to snow – to produce a video devotional. A few years ago, I preached it from my living room… in my slanket. So this year, the Slanket Sermon is back. I keep trying to talk Carolyn into buying me a brown one – so that I will look even more monk-ish.

One more video, you say? Ok, here’s the ride across Blacksburg during Jonas. And no, I didn’t film it. Props to Jamie.

How did you spend your snow day?