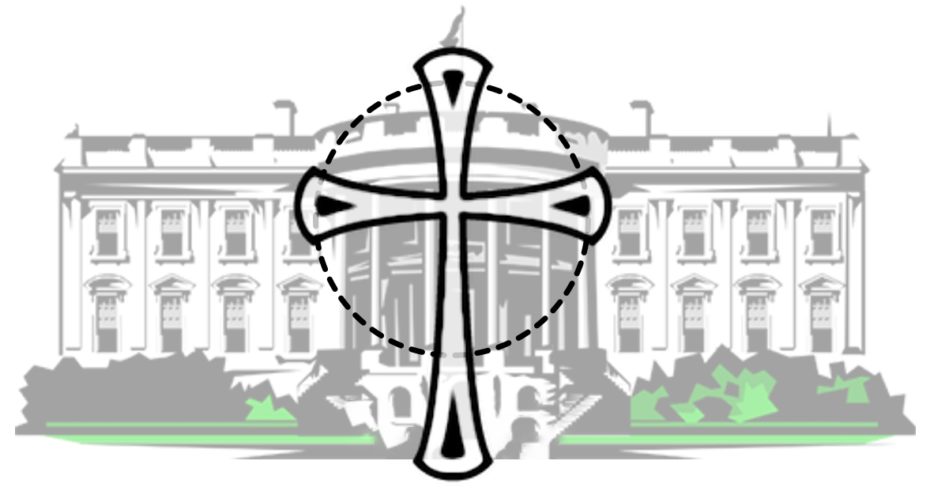 This will make sooooo many of my readers uncomfortable. Feel free to stop reading now. It’s an entry about Christian leaders being Christian snipers when it comes to their unveiled disdain and dislike of President Trump.

A sniper is someone, usually in the military, who shoots at someone with intent to kill from a concealed position, most often from a long distance away as to remain undetectable. A Christian sniper is someone who defames, denigrates or seeks to assassinate the character of someone from a long distance away, without taking the chance to assess their target personally and without prior investment in humble, intercessory prayer for the person.

President Trump has been in the crosshairs of so many evangelical’s Twitter accounts, blogs and publications and pulpits.

As far back as September 2015, Russell Moore, president of the Ethics and Religious Liberty Commission of the Southern Baptist Convention wrote an op-ed for the New York Times entitled Have Evangelicals Who Support Trump Lost Their Values? He said, “Most illogical is his support from evangelicals and other social conservatives. To back Mr. Trump, these voters must repudiate everything they believe.”

Thanks for your judgement of me, Russell. I voted for Trump in the election, and I did not repudiate everything I believe in.

I won’t recount President Trump’s successes. They have been astonishing, many, and in some cases, almost against all odds. The President has been busy. Some have argued that his may be the most prolifically productive presidency already.

He has done all this in the middle of a full court press against him at every turn. And it’s not just been one team against him. He has had to fight the media, Hollywood elite, liberal academia, corrupt politicians, lobbyist and a compromised intelligence community. And we’ve seen over and over that Trump’s secular critics are much more vulgar and crude than their target.

His compassion is overlooked. (Yes, there are encouraging stories.) His faults are highlighted. The (very) rare times that someone on the opposing team(s) notice and remark on one of his successes, they are beat quickly and violently into submissive group think by a vulgar culture.

Even Kanye has been the recipient of attack. Whoever thought he’d go MAGA and then quietly bow out of “politics” after the incessant sniping he received. It seems NO ONE who speaks up FOR this President is untargeted.

I have been most disturbed by Christian leaders responses (or lack thereof) to President Trump. I have been shocked and watched disbelieving from the sidelines as a parade of celebrity evangelicals have lambasted Trump. In addition, I’ve chafed silently over the spiritual shaming these leaders have given to the church at large. They come across as sanctimonious, not sanctified, and brash, not humble in their tweets, blogs and articles about why President Trump is the embodiment of all that is indecent. They would convince the rest of us supposed unread, uninformed, immature Christians that their prognosis of Trump is just, defensible and even how Jesus Himself would view the President.

These same leaders moaned and groaned under the leadership of President Obama (or didn’t speak out at all) as we saw some precious freedoms fall and culture undergo the most rapid time of morality shift in my lifetime. In his eight years of office..

Since Trump has been in office, he has almost fanatically been keeping his campaign promises, and many of them have had a direct benefit and blessing to people of faith.

I’m disappointed in Christian leaders who express such disdain for Trump who has supported conservative principles and who, by many accounts, has surrounded himself with Christian leaders and pastors (not the least of which is the vice president). We are ALL uncomfortable with how he communicates. His mud-slinging, though, seems an off-putting and shrewd necessity for “such a a time as this.” He has not created uncivil communication as much as he has revealed the simmering animus in our culture. The voices on the left seem always to be raised in anger, venom, and putridity. There are times, I’ll admit, that I’m grateful the President responds with such vehemence. Such isn’t the way of Jesus, of course.Therefore, I cannot revel in the inanity of the incivility. I merely wonder at whether at its necessity. Could the President’s brawling nature be exactly what confounds voices on the left who have bulldozed their way over leaders with more temperate tones for years?

Suddenly it’s “spiritual” to vilify and lambast a leader who is imperfect and at times arrogantly brash? It’s not that the President is above reproach and uncorrectable. It’s simply that I understand our responsibility as Christian leaders to be agents of grace, ambassadors for Christ and people or prayer rather than constant snipers.

I struggled under the eight years of Obama. I was diligent to guard my blog against outright criticism of him as a person. I felt his character was questionable and his flaws will-hidden behind a carefully cultivated veneer. He was well-protected by his party and the media. He still is. When I wrote, I sought to write about the policies of his that I disagreed with and mourned over. After Obama’s speech to the University of Illinois earlier this fall, the press dutifully (and gleefully) reported his criticisms of Trump. When he spoke out again against Trump the next day, I felt it was unprecedented (in my lifetime) to witness a former president vilifying a sitting president.

I see another trend in Christian circles today. It’s the opposite. It’s direct attack on the President’s character and very little informed commentary on his policies. In fact, I’ve seen several Christian leaders speak out quickly against policy – parroting what the MSM has fed the public – only to have to delete or apologize for rash and premature comments when they learn what they repeated wasn’t true or was mischaracterized by the media.

In addition, morale is up in places where our country needed morale to be up: law enforcement at the local level and in our military. Under the Obama administration, local law enforcement felt unsupported and in reality, under siege. A separate Military Times poll found Obama’s popularity at a dismal 15 percent among the military in 2014.

The economy is soaring. Conservative principles are being implemented at every level of government, and one can measure Trump’s impact through:

As I said before, I voted for Trump. For varied reasons. Many times, I cringe when he tweets and when he speaks. As I said, I cannot vouch for his character. I can say that he seems to give in direct recompense to how he receives. There’s so much corruption and banality in our culture and political structures that I don’t expect Trump to be my pastor. I want him to “get things done.” I do think he’s bribe-proof. How do you bribe a billionaire? How do you offer someone fame/fortune/influence who already has it all? How do special interests woo such a person? They just can’t. He is his own man, for better or worse. And that may be another reason he’s so hated. He is not one of “them.”

I see Trump as a reform agent. He is earnestly and diligently seeking to fulfill campaign promises. He has a vision to “Make America Great Again,” and he is working to accomplish that through the implementation of new policies and the revocation of others that were ill-conceived and damaging.

A sniper must focus completely on his target. They exclude everything around them and pour every bit of concentration into hitting what they’re aiming at. I think this is what we see going on in our culture today as well. The President is the target, and everyone is so focused on vilifying him that they cannot see/hear/read/research/believe other perspectives and viewpoints.

Trump doesn’t make it any easier for himself with his tone and ego. As a showman, I often wonder how much of his bombastic vitriol is a carefully cultivated image. The man gets things done. Let’s take a deep breath and remove our fingers from our social media and blog triggers.