The danger of “the” 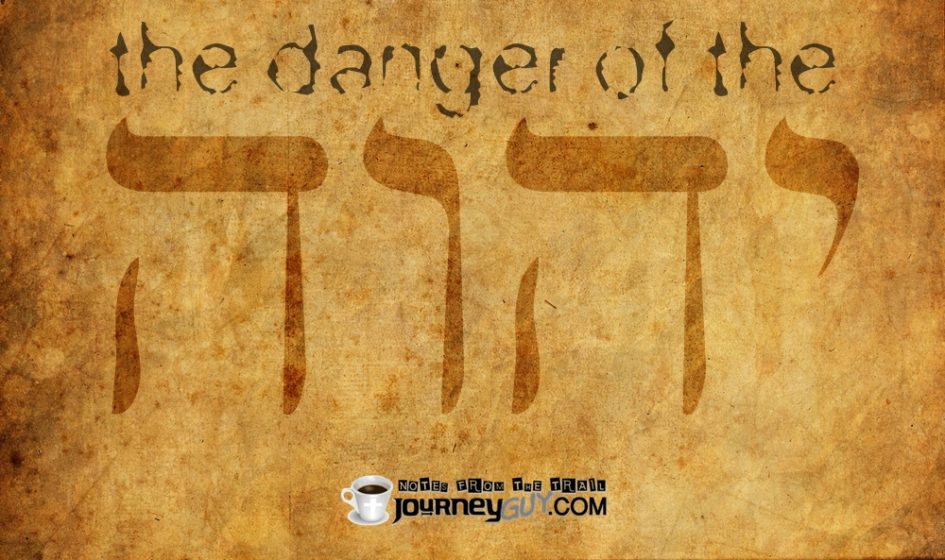 The danger of “the” in theology

In a strange wordplay, it’s the “the” in theology that I have a problem with (not theos). When we talk about God and read about Him in the scriptures, “the” gets in the way and actually impersonalizes God who declares that He is love and that He simply.. IS.

When God revealed His name to Moses in the Old Testament, He said that His name was “I am.” He is who He is. Eternal being. I am the “I am.” Fast forward several thousand years when Jesus stands before the Sanhedrin at his mock trial on the eve of His crucifixion.

But he kept silent and did not answer. Again the high priest questioned him, “Are you the Messiah, the Son of the Blessed One? ” “I am,” said Jesus, “and you will see the Son of Man seated at the right hand of Power and coming with the clouds of heaven.” Then the high priest tore his robes and said, “Why do we still need witnesses? You have heard the blasphemy. What is your decision? ” They all condemned him as deserving death. (Mark 15.61-64)

Why did they condemn Jesus for blasphemy? He used the holy name of God – “I am.”

Later, this name of God would be considered so holy that the Jews would not utter it. It is written in the Hebrew as יהוה. These four Hebrew letters are known as the Tetragrammaton. His name is pronounced as Yahweh (yaw-way).

“The divine name was increasingly regarded as too sacred to be uttered; it was thus replaced vocally in the synagogue ritual by the Hebrew word Adonai (“My Lord”), which was translated as Kyrios (“Lord”) in the Septuagint, the Greek version of the Hebrew Scriptures.” {Source]

One distinctive way to determine when the Old Testament uses יהוה is that most English translations record it as “LORD” – in all caps. When you see “Lord” it is another name of God – more than likely אֲדֹנָי (Adonai).

Here’s why I have a problem with “the.” Translators began inserting “the” before the names of God to help it make sense, I suppose. So we read passages like:

What do you see here over and over? “The” LORD. Our eyes and ears are so trained to insert it that we don’t think twice.

The problem with “the” being inserted (it is not there in the original language of Hebrew) is that while it may clarify and make for easier reading, it also impersonalizes. Yahweh is a personal name. It would be like putting “the” in front of my name every time it’s used. Instead of telling someone, “Jeff loves cream soda,” it would be, “The Jeff loves cream soda.” It might distinguish me as “the” Jeff – as in the original, best, and most unique Jeff out there, but it also removes the relational component.

I believe as we’ve read and heard “the Lord” in our churches, Bibles, and conversations, it has tended to depersonalize our relationship with Yahweh. I know it’s not our intention, and our brains process “the LORD” as personal (I hope).

I have heard, however, people refer to God as “the man upstairs” and use such obviously rote language as “the good Lord” with such casualness that it leaves the impression that it’s more of an impersonal reference to God than indicative of a personal relationship with their Creator who really is good. The worst case scenario is taking God’s name in vain.

This includes using such disrespectful language as goddamn or even an exclamation like “Jesus!” (usually pronounced Jee-zus). According to Ryan Lytton, “A stronger case can be made that ‘taking the Lord’s name in vain’ indicates applying His reputation to things that He didn’t intend. So, when someone says, ‘God told me to…’ they are risking taking the Lord’s name in vain (literally in Hebrew it’s “do not life the name of YHWH your God up to futility/vanity).”

Steadily dining on “the” before LORD can remove the intimacy and intended loving desire of Yahweh to know and relate with us.

God introduced Himself to Moses as יהוה. It was an epic day for humanity to meet Yahweh who personally revealed His name and thus His character. He wanted to be known and He offered Himself in relational love to all who would believe/trust/follow Him in faith.

Later (after Moses had broken the first set of 10 Commandments) Moses would ask to see Yahweh. God replied that He would pass by in front of Him. As He did so, Yahweh elaborated on His name/character:

“The Lord — the Lord is a compassionate and gracious God, slow to anger and abounding in faithful love and truth, maintaining faithful love to a thousand generations, forgiving iniquity, rebellion, and sin.” (Exodus 34.6-7)

I understand why “the” is used. But the next time you see it in scripture before LORD or God, remind yourself that it’s not there and think how much God loves you and desires an intimate love relationship with you. Yahweh sent the Jesus (the only Son of God) to die for your sins so that you may experience salvation through faith by His grace.

I’m grateful to Ryan Lytton for helping me think through some of the language implications. Ryan is Director of Academic Services at Ignite-Life Pacific College in Christiansburg, Virginia and also a professor at Radford University.