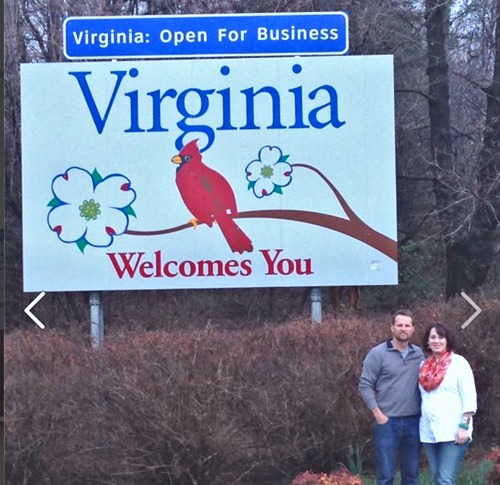 Now that it’s officially “out” in Arkansas, I have to say how grateful and thrilled we are at Northstar Church to welcome Neal and Teresa Nelson and their family to our church and community in Blacksburg. Getting to serve Christ and His people alongside a long-time friend is surreal.

Neal and I first met as campus ministers in Arkansas. Back in those days, we were “BSU Directors.” In the past decade, Baptist Student Union in Arkansas was rebranded as Baptist Collegiate Ministry. He was the director at Southern Arkansas University Tech, and I was at the University of Arkansas at Monticello. We discovered kindred spirits within us, even though I wasn’t a hunter and Neal preferred rotary dial phones.

I remember one outing in particular that Neal had invited several of us (all married) campus ministers to – a deer hunt, south Arkansas style. We arrived at his little rented house, and I discovered that I’d be sharing a bed with Neal. He was engaged to Teresa at the time, and on his bedside table was the book Intended for Pleasure: Sex Technique and Sexual Fulfillment in Christian Marriage by Ed Wheat. I was immediately uncomfortable and offered my spot to another campus minister. He quickly declined. I think I kept one eye open all night.

It was the following morning, in a deer stand, that I learned that the actual deer hunt is not really a community event. All of us were scattered across the woods, and I was up in a deer stand. By myself. With a gun. And cold. Furthermore, it was about 20 minutes later that I realized drinking coffee before a hunt is not conducive to staying on a stand for long. I was informed later that a contributing factor to my not seeing a single deer all morning was the fact that I’d peed at the base of my tree. Oh well. Such is the stuff of legends and gives you insight into a long, fun, genuine friendship.

Over the years, with Neal making a transition to Henderson State University as the BCM Director there, we began meeting about once a quarter in Fordyce where there was an amazing bakery – Klappenbach’s. 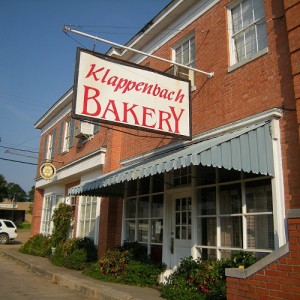 Photo by Kat Robinson of the Arkansas Times

Klappenbach is an LA icon, serving Lower Arkansans since 1975 from its location in downtown Fordyce. Known for its made-from-scratch breads, cakes, pastries and donuts, Klappenbach has been featured in Southern Living and is a multiple “Best Bakery in Arkansas” winner in the Arkansas Times’ Readers’ Choice Awards. The bakery began offering lunch in the late ’80s, and soon after added mail order service as well, in response to demand from beyond Dallas County.

We solved the world’s and the universal Church’s problems there about 3-4 times a year over lunch and a gallon of coffee. We shared our personal and spiritual struggles and brainstormed about ministry. Then we would return to our respective realities and consistently discover that what mattered most was simply the love of Jesus rather than our heady visions.

Our families have grown since those days – mine not nearly as much as Neal’s. With five kids and one on the way, I guess Neal and Teresa learned a lot from Dr. Wheat’s book. Our friendship has grown as well, and it’s been blessed by other voices and guides along the way, one of the most significant being David James, the Arkansas Baptist Collegiate Ministry Team Leader. As our supervisor (and still Neal’s), he provided discipleship, supervision and shepherding to each of us and a host of others (and still does!).

So Neal and his family will be leaving Arkansas sometime this summer to make the trek to Blacksburg. My family did that just five years ago in July. It’s fun to reflect on blog posts from those days.

To those in Arkansas… we’re sorry! We promise to make sure the Nelson’s keep saying ‘ya’ll’ and pronouncing “aunt” as “ant.” In the meantime, we covet your prayers.

The work here in Blacksburg is great, and God is doing amazing things in churches and campus ministries in our area. The Nelsons are amazingly suited for these challenging days of ministry, growth and development at Northstar.