Tozer on the inequality of all people 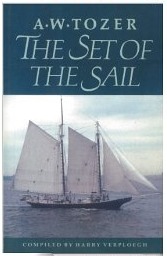 In The Set of the Sail is an article entitled The Bed of Procrustes by 20th century preacher and theologian AW Tozer (1897-1963). I’m going to quote from it at length. Keep in mind that Tozer wrote more than 50 years ago:

Legend tells of Procrustes, the Greek bandit, who forced his victims to lie on a certain bed. If they were shorter than the bed they were stretched to bed length; if too long they were lopped off to fit. Old Procrustes would have uniformity, regardless.

The idea of equality among all men is totally unrealistic, and any effort to make them all alike contradicts plain evidence, flies in the face of nature and interferes with human freedom.

Equality of opportunity should be granted to all; after that everyone is on his own. No institution can add to or take from the original human stuff the student brings to class with him. After years of observation I am forced to conclude that some persons simply cannot profit from their educational opportunities. Beyond providing them with a few items of information they might not otherwise acquire, a college course does them little good. Their years of enforced study leave them without improved tastes, without perspective and without wisdom. Some persons can gain a good education from life; others cannot manage to become educated by life plus long years in the best institutions of higher learning. Yet our educators continue to apply their Procrustean rules to each new generation, stretching and cutting till they achieve a uniformity Mother Nature obviously never intended.

In the field of religion things are no better. Within the holy precincts of the church Procrustes works on, cutting and tugging till everyone looks, thinks and acts like everyone else. To achieve this he must destroy our originality, make us afraid to be different and persuade us that conformity is synonymous with godliness and nonconformity a sin. And this he does with astonishing success.

It is unfortunate that current Christianity appears to offer but two choices: dull, colorless orthodoxy or a liberalism which, in its effort to escape suffocation, has jumped overboard and drowned in the maelstrom of unbelief.

…orthodoxy is not synonymous with Procrustean uniformity… We can be orthodox without becoming mentally stultified. We can believe every tenet of the Christian creed and still leave our imagination free to roam at will through the broad worlds of nature and grace.

He’s not talking about man’s intrinsic worth but man’s aptitudes. I think he hit the nail on the head in identifying the realms of education and religion as being centers for the attempt to make us all alike. In today’s culture, I would add the liberal political motif as also seeking to enforce a slavish uniformity. Liberals preach tolerance with a stick. Those who disagree are not tolerated, and their viewpoints are attacked viciously, with no regard for rational dialogue or discourse.