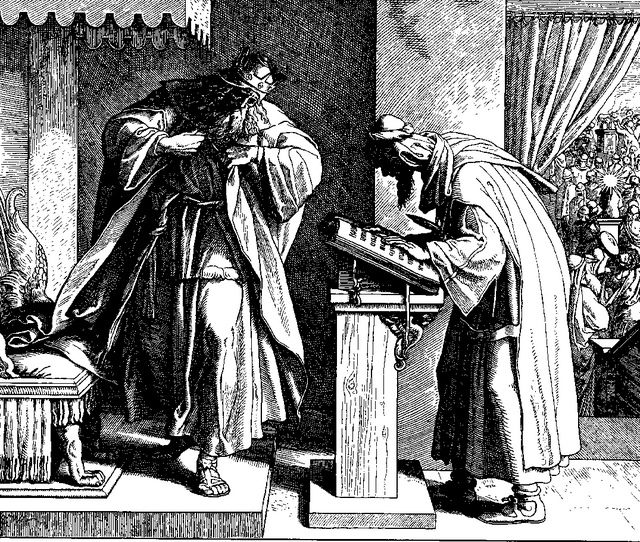 In 2016, I blogged about Donald Trump being a sort of King Cyrus figure. For those of you not familiar with Old Testament history, I’d encourage you to review that entry. Events in Israel in 2018 seemed to confirm that others saw similarities between Trump and Cyrus as well. (Trump led the relocation of the U.S. Embassy to Jerusalem.

59% of Jewish Israelis have a favorable opinion of the president, including more than 70% of Haredi Jews and non-Haredi religious Jews. Even among secular Israeli Jews, 45% have favorable views of Trump. (Source)

This entry is a comparison of Trump to another Old Testament king, and then to that king’s great grandfather. Both kings inherited a corrupt government, and both kings set about reform zealously.

I’ve hesitated to blog about President Trump. He is a lightning rod not just for criticism but for vile, profanity-laced and even violent retaliation for those who dare to voice support of him or his policies. Maybe I should begin this entry with a disclaimer that would make my Christian friends and church leaders, my community acquaintances and random blog guests more comfortable. How’s this?

The views you’re about to read do not endorse President Trump’s character (I’ve never met him and don’t have a relationship with him). My views are my own. My allegiance is not first to our country but to a living, loving God who is fully revealed in the person of Jesus Christ. My views, therefore, are informed and, I hope, inspired by the Bible, which I earnestly believe is unfailing, true, and precise. My views are not always right. They are just that – my views.

Just as King Josiah in the Old Testament (2 Kings 22-23) had inherited a corrupt government and set about with zeal to reform it, so has Trump. Their motivations are strikingly different. Josiah did so as a result of hearing scripture read to him and realizing how far Israel had drifted from God’s standards.Trump is bent on reform to Make America Great Again and is quick to claim personal credit.

There is a profound lesson for Trump from 2 Chronicles 35. Josiah was a beloved leader, but at the end of his life, he trusted his own instincts instead of consulting with God, and it didn’t end well. The lesson is to surround yourself with and listen to wise, godly counsel.

Israel’s history is peppered with bad kings and interrupted by a few good kings that preserved the nation from divine judgement.
Interestingly, it was Josiah’s great grandfather Hezekiah who first instituted significant reforms in Israel which were subsequently lost when his son Manasseh (Josiah’s grandfather) became king.

A word of warning for the President from Hezekiah’s experience: 2 Chronicles 22 records that the king’s success and reforms stoked his pride, and it was his pride that led to a great illness. Progress can be lost if humility is not cultivated.

More reform on the way?

One of President Trump’s emphases has been negotiating a peace deal with Israel in the Middle East. Jared Kushner has made dozens of trips to countries in the region, reportedly asking what it would take for each country to embrace peace with Israel. According to a May 3, 2019 Newsweek article:

Though Kushner admitted it would not be a “smart money bet” to back the success of the White House plan, he told Washington Institute executive director Robert Satloff that the blueprint would hopefully revive discussion and lead to breakthroughs in the peace process.

“What we will be able to put together is a solution that we believe is a good starting point for the political issues, and then an outline for what can be done to help these people start living a better life,” Kushner explained.

It remains to be seen just how much of a reformer Trump will become known for, but two and a half years into his presidency shows an almost manic intensity for “draining the swamp” even as his determination to bring reform to the Middle East may focus on MIGA (Make Israel Great Again).