The Pew Research Center released it’s latest report on May 8, 2015, and response has been predictable. There’s been much glee over the supposed numbers indicated a precipitous decline in the number of Christians in the U.S. in the past five years. There’s also been much gloom from Christian leaders.

Here’s essentially what the report reveals:

..the percentage of adults (ages 18 and older) who describe themselves as Christians has dropped by nearly eight percentage points in just seven years, from 78.4% in an equally massive Pew Research survey in 2007 to 70.6% in 2014. Over the same period, the percentage of Americans who are religiously unaffiliated – describing themselves as atheist, agnostic or “nothing in particular” – has jumped more than six points, from 16.1% to 22.8%.

It would be easy to interpret this data negatively and to begin to sound the alarm. However, it may actually be good news for American Christians.

I think Ed Stetzer nails it in his article The Nominals to Nones — 3 Key Takeaways from the Pew Report:

The big trends are clear, the nominals are becoming the nones, yet the convictional are remaining committed.

In other words, Americans whose Christianity was nominal—in name only—are casting aside the name. They are now aligning publicly with what they’ve actually not believed all along.

Essentially, what the numbers may be showing is that it’s becoming more and more uncomfortable to openly identify with biblical Christianity. Those who have called themselves “Christian” (perhaps by virtue of growing up in a Christian home, denomination, or because they’re simply “not Muslim”) are no longer willing to identify themselves as such due to the increasing cultural disdain for the teachings of Jesus and obvious political incorrectness of the Bible’s teachings on current social issues.

In other words, the numbers are helping to identify a refined church as well as helping to create a more defined Christian. It’s not cool any longer to say you’re a “Christian” when you have to disclaim the teachings of the Bible and explain why you believe what you do.

We should desire a purified church. When one can worship in freedom and without persecution, our beliefs become more like moralism than conviction. We tend to begin living in a way that doesn’t offend rather than in joyful obedience to the teachings of Jesus. As a result, our religious convictions are the first to go, and we exchange dependent, joyful following faith with an independent, self-consumed seeking of self-gratification through spiritual yummies. It’s evidenced in how we change churches for the most base, consumeristic reasons and live a lifestyle in open disregard of biblical instruction.

So when our culture makes it more difficult for us to profess Jesus without open ridicule or rebuke, many leave who weren’t genuinely converted to begin with. It’s just not worth it to die on a hill that’s not valuable to you. So the church is purified. It’s like sifting.

“…He will purify the sons of Levi and refine them like gold and silver, and they will bring offerings in righteousness to the Lord.” (Malachi 3.3)

“…to purify for himself a people for his own possession who are zealous for good works.” (Titus 2.14) 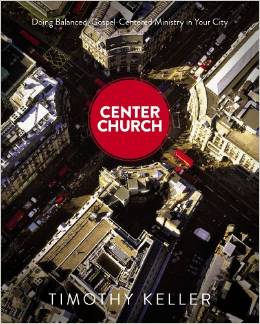 In his book Center Church, pastor Tim Keller reminds us that nominal Christianity is not biblical faith. The supposed exodus from churches that the Pew Report displays may not be an exodus but a purging of those who genuinely aren’t saved.

It is possible (even common) for a person to be baptized, to be an active member of the church, to subscribe to all biblical doctrines, and to live according to biblical ethics, but nonetheless to be wholly unconverted… saving faith and repentance are inseparable, and true repentance includes grief and sorrow over our sin… Repentance changes the heart. It will never be enough to ask if a person has learned the faith, has been baptized, or has joined the church. If he or she has not repented, it is all to no avail. (60)

May we be sobered by these numbers, but may we not be worried. It is not a time to wring our hands in dismay but a time to trust the Head of the church more. May our knees be worn as we seek wisdom and joyful, confident boldness in the gospel of Jesus Christ.

And for those who are leaving, let us be turners:

My brothers and sisters, if anyone among you wanders from the truth and someone turns him back, he should know that the one who turns a sinner back from his wandering path will save that person’s soul from death and will cover a multitude of sins. (James 5:19-20)

A declining U.S. church, in other words, may actually reveal a refining U.S. church. Let us be more diligent than ever at proclaiming the loving truth of forgiveness for sins in Jesus alone that we may see an increase in genuine conversions.