Update on the James ossuary 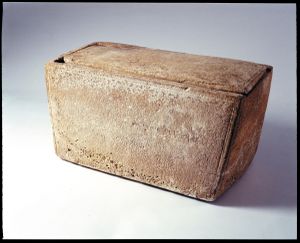 For many of you in tune and in tech, this will be old news. However, for others of you, it will be new or an update. Were you aware that the burial box that was found in Israel in 2002 and declared to be James’ ossuary is still being debated as to its authenticity?

There is an excellent article detailing the ongoing saga at Wikipedia. However, as I read it, I began to come to some conclusions about the Israeli Antiquities Authority (who have now claimed it as a modern forgery). Primary among my thoughts is simply this: why would modern Jewish authorities be any different from ancient Jewish leaders? They simply cannot acknowledge the existence and reality of Jesus. Therefore, they must claim the ossuary as a fake.

On the other hand, it may indeed be a forgery. However, something smells fishy in the whole thing. There are a host of other experts aligned on the side of its authenticity. Yet the IAA apparently continues to parade its own line of experts that defend its position.

What in the world brought me to this story at this time? Well, I’m reading Elders and Leaders, and there is a footnote in it related to the ossuary, so my curiosity was provoked, and I had to do a quick Google on it.