What my kids do when they get home from school

Yes, I’m having blogger’s block. So, my kids are going to serve as my blog fodder this afternoon. It’s exam week at Blacksburg High School, and Adelyn (sophomore) and Sam (senior) have strange exam schedules. Adelyn had two exams, and Sam only had one. They can come and go as they please during this week, depending on when exams are. 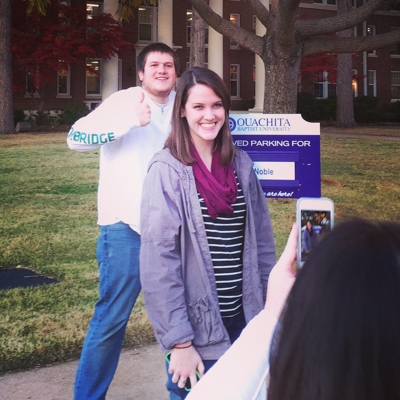 I can hear them arrive before they ever enter the front door. Sam’s truck is identifiable by its rumble. Then two car doors slam, and they march through the yard to the driveway, up the front steps. Today, they’re friendly with each other. Sam checks the mail. I happen to be outside with a mug of tea. The tea bag becomes a missile, and I peg Adelyn in the stomach with it from 15 yards away. She loves it when I throw wet tea bags at her.

As soon as they open the front door, the noise level in the house soars. Tabby the cat runs to Adelyn, and she picks him up and carries him on her shoulders for a few minutes, talking to him like a baby.

Sam says, “Hey,” and that’s pretty much the extent of his scholarly commentary after a day in the Virginia educational system. You can pursue conversation with him with a “How was your day?” to which his normal reply is an erudite “Good.” He then disappears into the man-cave, with an immediate detour to his bathroom.

Adelyn heads to the kitchen and wanders around in there, opening cabinets and the fridge as if some fully-prepared meal will jump out and insert itself into her mouth. Finding nothing waiting on her, she makes her way to the couch, where she sprawls and takes a selfie with Tabby.

Now Adelyn disappears into her bathroom where it becomes the audition room. Whether she’s pooping, showering or make-upping, she’s singing. Right now, it’s Christmas carols. Even though her bathroom is upstairs, she forgets that when she’s singing, she’s entertaining/bothering anyone up here.

Next Adelyn wanders downstairs to ask Sam what exams he has tomorrow. He’s still in the bathroom, so the conversation takes places through his bathroom door. It’s normal around here. As she wanders back upstairs, I notice that she changed into warmups in the bathroom to get ready for swim practice. While she waits for her friend to pick her up, she’s back on the couch, playing on her iPhone, with her mouth open, catching flies.

During this entire blog entry, Sam has not emerged from the bathroom. I don’t ask questions; I just report the facts. Adelyn’s friend has picked her up, and now I’m alone upstairs again.

In the middle of all this, Carolyn calls me. She’s in line at the post office, and she thinks that since it’s such a long line that I’d have time to wrap a Christmas present and then drive it to her to mail before she gets to the front of the line. I kindly explain that her idea is not going to happen (very kindly). She kindly explains back that I’ll just have to take it the post office tomorrow. I’m ok with that.

And now Sam reemerges from the man-cave in gym shorts and a t-shirt. He’s heading to the Blacksburg rec center to play basketball with his buddies.

And that, my dear readers, is a typical afternoon of the kids coming home from school. Here’s hoping I recover from blogger’s block soon.