What? People dated in high school? 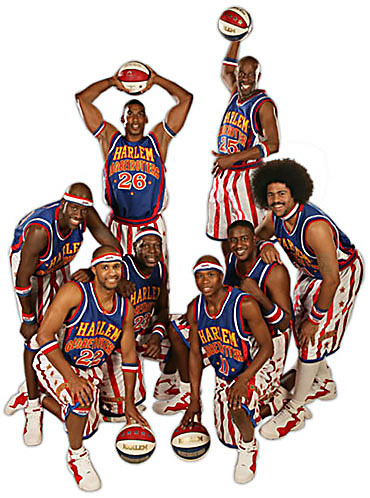 I guess it all depends on the person. Some people seem to have confidence with the opposite sex early on. Me, I just never could seem to cross the friends barrier in high school. There was no lack of beauty at P.A., certainly, but this 125 lb. butt-part toting fella just couldn’t muster the courage to cross the line between crush and dating. I look back on those years and realize that there were several really good girl friends that I spent a lot of time with that may very well have said “yes” to a nervous invitation to dinner and a movie. However, my lips were an impregnable fortress. Nothing along the lines of romantic language or words of attraction were allowed across the moat. My self-confidence, as I reflect, was fine among friends but was blown away like a feather in a tornado in the presence of anyone I was attracted to.

It wasn’t until my freshman year at OBU that I even began “dating” at all. In fact, my collegiate experience became, in a sense, overcompensation for what I lacked in high school. After dating a great gal my entire freshman year, I proceeded to attempt to date all three girls’ dorms before I graduated. That’s another entry for next millennium.

My libido was not completely frustrated in high school. I did have some unexpected and rather edifying moments as a few attractions produced tonsil hockey games. However, none of these turned into “relationships,” and as far as I can remember, none of them involved anyone at school. Rather, they were all of the church camp, conference variety. You know how it works. Pour several hundred teens into an enclosed space, like a conference center, for a few days, and before three hours are up, everyone starts looking attractive to you.

I can remember asking Lynne Binet, who I had a tremendous crush on at P.A. out for the first time. She was a year older (I was close to the class in front of me as well as my own class but didn’t hang out with that many underclassmen.), and I had convinced myself that she just needed to opportunity to get to know me and then she would fall madly in love with him. So I mustered up my courage (much to the discouragement of some of mine and her friends) and asked her out. I had a big night planned. Romance. Ambience. Entertainment. Uh, ok, it was a Harlem Globetrotters game. But hey, I had a good time. I mean, have you seen what Meadowlark Lemon can do with a basketball? That was my first and last date with Lynne.

I also had the extreme misfortune to begin and maintain great friendships with those who I wanted to ask out most. Later I realized that it was just such friendships that made the best relationships. In fact, in 1990 I made a new friend who became my best friend. Then I married her. I had learned my lesson. Pick a gorgeous female with great character, befriend her, make sure she’s nearsighted, and then marry her. (Actually Carolyn assures me she had 20/20 vision in college, but now that she wears glasses to read, I wonder…) 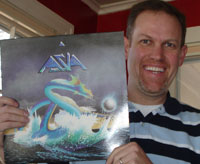 And now… for today’s musical flashback, I give you the “hardest” group I ever listened to… Asia!!