Why I got rid of my iPhone X 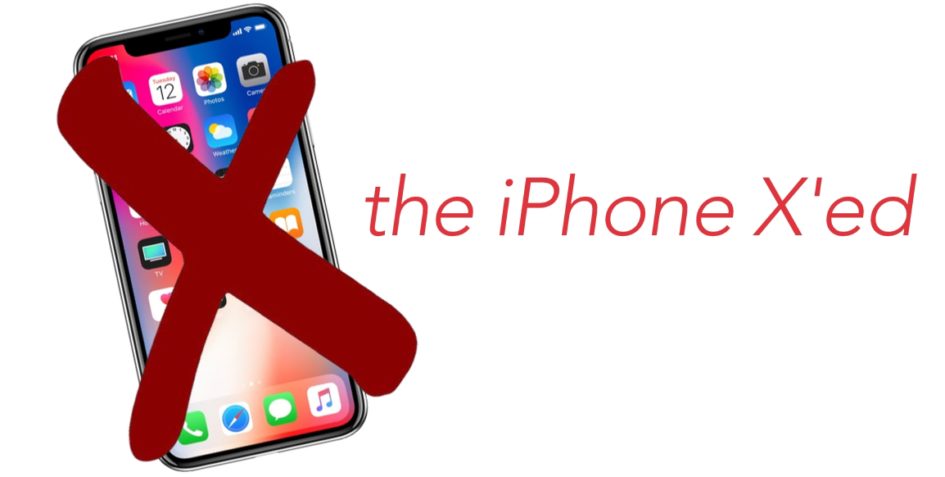 For those of you panicking and thinking, “Jeff is the one who talked me into my first iPod/Macbook/iPhone etc, don’t worry. I’m still an Apple fanboy. I’ve been a rabid avid cheerleader/spokesperson for Apple since 1988. It’s going to be ok. But strap in, because all is not right with the Apple universe these days.

I am not some snarky Microsoft user who doesn’t know the difference and is lobbing thought bombs over the digital fence. I’ve owned more Apple products than Cher has had facelifts. So this critique comes from someone “in the family.” (It’s ok to talk bad about your own family; you just don’t want anyone else doing so.)

I have skipped very few iPhone versions. I still remember the heady/surreal days of owning the first iPhone. I would have people stop me and ask to see it, marveling at the touchscreen. Since then, I’ve owned all of the iterations of iPhone (except the Pluses).

I recently used an upgrade and got the iPhone X. It looked and felt.. special. It was very 2007ish. When it arrived, I indeed thought, “Now this is different.” It wasn’t just the iPhone 6 repackaged with faster innards. It was an entirely new phone, with new gestures, interactions and features – but still running the familiar iOS. It felt Apple.

I even had college students wanting to see it, to play with it, and to just… feel it in their hands. It felt like those original days of the iPhone. People were curious.

I now think that the underlying curiosity for people is not “Wow! This is an incredible phone!” but it’s more like “Wow! I wonder what kind of device idiots will pay $999 for..”

So here’s my assessment: 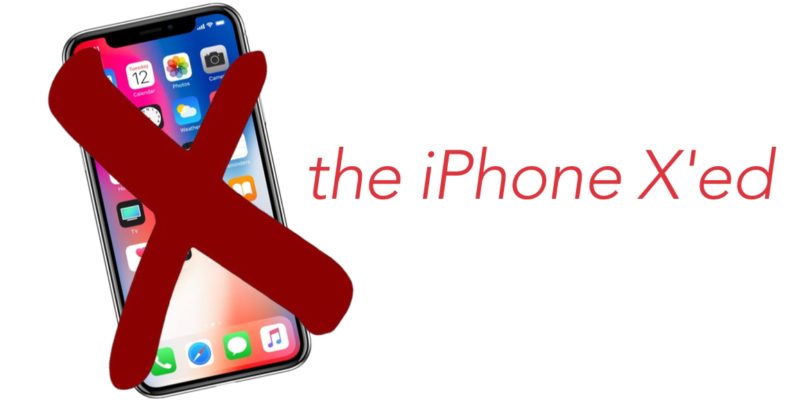 I hated the iPhone X.

Many of my dislikes of the iPhone are echoed by Dennis’ assessment. He said:

I’ve never had an Apple product that refused to bend to my will with such stubbornness. I realised I didn’t need to be on the cutting edge of technology with a phone with a gorgeous screen and facial recognition – I just need a phone that works for me.

A phone shouldn’t be this difficult to use.

Rant: I couldn’t stand it. I just couldn’t stand it. I began to think… why are we allowing the technology of facial recognition to drive up the costs and reduce the phone’s usefulness? Who needs that much security on their phone? I don’t work for the NSA. I just want to be able to get into my phone quickly – without interrupting life patterns.

Overall, why is Apple missing the boat?

I wrote a while back “7 things Apple doesn’t do well,” and here I add an eighth:

Apple is embracing “tweaking” rather than being innovative.

Just look at the form factors of iPhones since the 6. The iPhone 6 is the iPhone 7 is the iPhone 8. One reason the iPhone X captured our imagination is that it felt like a new phone.

However, the facial recognition is a tweak of the thumb print security. I imagine the Apple un-innovators saying, “How can we wow people with security?” Someone says, “How about making every Apple customer have a mark on their skin – like a barcode – that their phone could scan, and they could buy and sell with that mark too?” Someone else says, “That sounds way too much like the mark of the beast in the book of Revelation. First guy responds, “Your FACE is the mark of the beast.” Intern says, “Ooooo. How about we use people’s faces as the key to unlocking their devices?!” Everyone in room: “Oooooo. Yeah!” Then intern says, “And to make it fun, we could use the technology so someone can be a talking pile of crap!!!” Response: “Oooooo. Yeesssss.” And they all kiss the poster of Steve Jobs on the way out of the room on their way to implementing this idea.

I think the bigger problem is that iPhone versions are just.. faster, better camera, bigger. While the iPhone X offered some innovations, we now see that the innovations are just tweaks of previously existing processes. The iPhone X is not a step forward. It’s a step to the side. It’s more of a technological option in the Apple-verse rather than a marvel.

Maybe Apple has hit a wall with iPhone innovation? What else could be done? I’m merely the consumer. I just get the feeling that Apple isn’t listening to users. That was OK when Steve Jobs was alive. He had this intuitive, scary sense about what we would enjoy and use. The Apple Elite today don’t seem to have the same sense. I think it’s important for them to learn (maybe for the first time) to listen to users.