Why I voted for Bernie Sanders on Super Tuesday 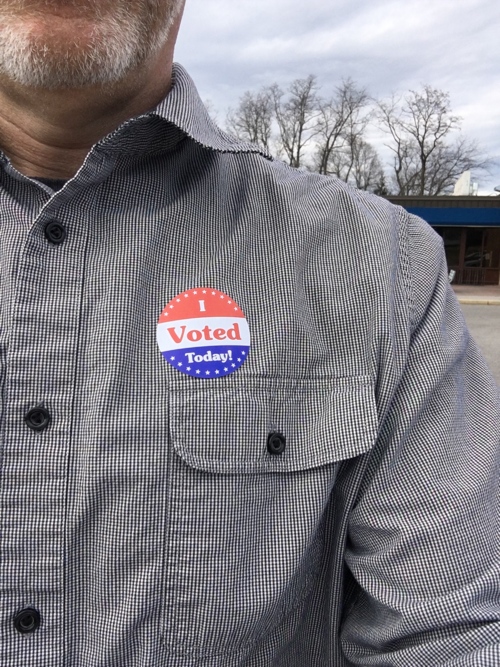 I surprised myself when I arrived at the Blacksburg Rec Center on Super Tuesday. I honestly didn’t know who I was going to vote for. I’ll give my reasons below why I would have (or would not have) voted for Trump, Rubio or Cruz, but when the poll worker asked if I wanted to vote Democrat or Republican, I heard myself answer… “Democrat.”

There’s a first time for everything, right?

This is an historic election cycle. Outsiders are scaring the bejabbers out of the political establishment. Right now, it appears that Donald Trump will win the Republican nomination. Bernie Sanders has given Hillary a run for her money (and that’s a lot of running for poor old Bernie). In the end, I think Hillary’s will be a race for the nomination or an indictment.

I’m from Arkansas. I’ve had enough of the Clintons. It’s time for fresh national leadership.

I believe the race will eventually come down to a Republican nominee and Hillary. So today, when I was presented the option, I exercised my lone vote in a way to attempt to prevent Hillary from getting the Democratic nomination. It was a strategic and calculating vote. Because I do not think Socialist Sanders has any chance at all of winning the Presidential election, I voted for him in the primary in an attempt to keep Hillary off the ballot and give the Republican nominee a shot at defeating a socialist.

On the Republican candidates that I considered:

We appreciate decency. We applaud decency. We teach decency. We seek to develop decency. Decency matters, right? Then why isn’t decency doing better in the presidential race?… The leading Republican candidate to be the next leader of the free world would not pass my decency interview. I’d send him away. I’d tell my daughter to stay home. I wouldn’t entrust her to his care… Such insensitivities wouldn’t be acceptable even for a middle school student body election. But for the Oval Office? And to do so while brandishing a Bible and boasting of his Christian faith? 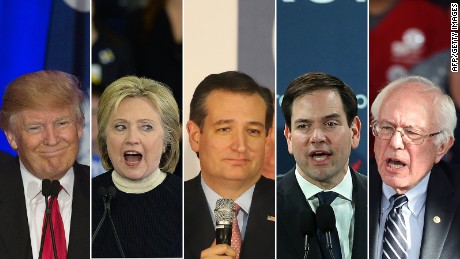 I totally agree with Lucado.

On the other hand, I’m a pragmatist with my politics. I think Trump can beat Hillary. If it’s him vs. Clinton next November (provided she hasn’t been indicted by then), I’ll vote against Hillary.

That’s not to say I do not consider my Christian faith as highly influential with my vote. In this situation, because of my biblical convictions about some of our culture’s hot button topics, I’ll vote against someone rather than vote for someone.

My opinion about The Donald is more an indictment on our culture than Trump. The very thing people detest about him – rude, arrogant, uncivil and even deceitful… is the very thing we already have in Washington. Trump simply doesn’t hide it. Our current administration and Congress is rife with these same characteristics. I find it interesting that people criticize Trump for what we already have. I think they just prefer these egregious character issues to be hidden rather than on open display.

In a sense, our country is getting what they deserve. We’ve had eight years of strife, conflict and a lack of unifying vision from the Oval Office. Instead of “hope” we got “change” that no one really wanted. So now large amounts of people are voting angry.

One upside to Trump… he can’t be bought. That’s a significant upside to his otherwise blunt, bombastic and celebrity persona. With dawning realizations that so many politicians leave office as millionaires, it’s almost refreshing to see someone running for office that doesn’t need to bow before PACs.

One positive note about Trump. I think he can actually lead and get things done. None of the other front runners have demonstrated leadership, management and success over the long haul like Trump has.

On the issues, I probably do lean more toward Cruz’s political referendums.

He’s flip flopped. He’s been less than honest about his immigration legislation.

What’s ridiculous is that Rubio can’t keep his own views straight without a scorecard. [USA Today]

That and Rubio’s seeming inability to think on his feet in all but the last debate (in which he threw the kitchen sink at Trump) was telling. His repetitious speeches are now infamous, which led me to suspect that Rubio is a Republican version of Obama – a good orator but not a leader.

With all that said, after voting Democrat for the first time ever today, I walked out feeling a little strange. I’m not a self-identified Republican. At all. I am a political and social conservative. Does my one vote matter? At this point, it mattered to me. I expressed myself. I didn’t vote for a candidate that bothered me. And I voted against a candidate I have strong convictions about.

I’ll probably do the same in November. 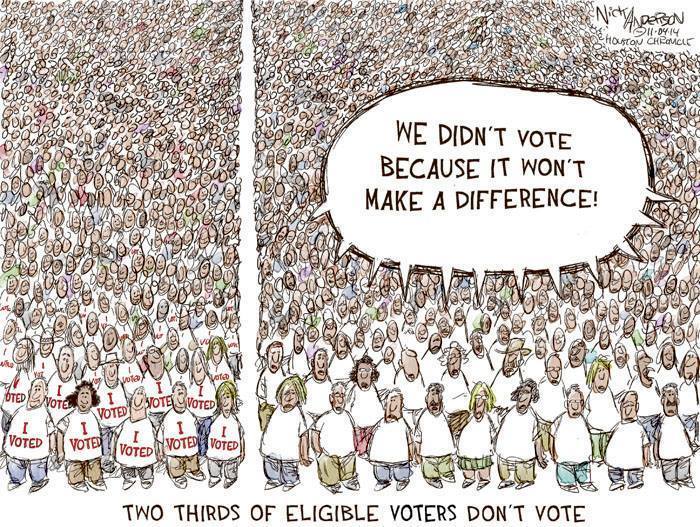